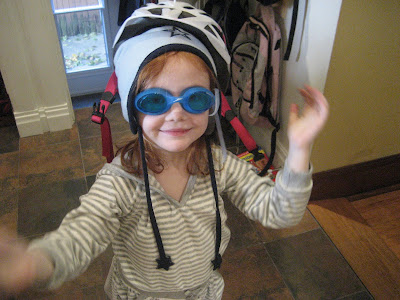 This has been a fine day. Gorgeous sunshine in which to run a morning errand. Finally feeling inspired to cook and bake again, after a long spell of ho-hum-ness. Kevin and the little kids spent almost two hours playing in the leaves out back. But our big boy is sick. He spent the day in bed, which would be evidence enough; but he also has a fever. As he’s staying hydrated and has no cough, I’m not worried. If it should spread, however … well, that would throw a wrench into the wheels of this busy approaching week. Kevin and I have plans to celebrate our tenth anniversary, a few months late, in Toronto on Wednesday–attending the Alice Munro/Diana Athill conversation at the International Festival of Authors!!!!! Can I wait? No, I cannot. We decided against spending the night, despite having elaborate babysitting in place, because I have a midterm and my own reading the following day. Too much. Throw in a little H1N1 and …
The best-laid plans, huh.
:::
This was a good day, however. Quiet, sleepy, filled with good food. I baked four loaves of whole wheat bread, a batch of oatmeal/chocolate chip cookies, and cooked up a huge pot of chicken stock, made with the frozen lizardy-gizzardy bits from chickens past. I don’t know whether the savoury garlicky broth will cure what ails anyone, but it can’t hurt. Plus, I made so much, I’ve got four containers frozen for later use (likely in the crockpot).
And with today’s kitchen frenzy, I feel a renewed resolve. Nina’s buying club will be going to a monthly schedule after this coming Friday, and our pantries and cupboards and freezers are full of fall and summer bounty, and of the raw materials for baking and cooking magnificent meals from scratch. So, here is my plan: to eat from our stores. If what we’ve stored runs out, hurrah, I’ll take it as a sign of the experiment’s success. And order some more (lentils? bread flour? potatoes? stewed tomatoes?) from Nina. I don’t mean I’ll bake up crackers (my homemade crackers are lousy), but yes, bread, yes, cookies, yes, granola. Yes, chicken stock.
:::
Okay, the child seen pictured above is clad in a yellow duck towel and stands behind me demanding I pick out her pajamas. Oh, I should say that her headgear belongs to her planned Hallowe’en costume. I’ll leave it to your imagination. You’ll just have to wait and see.
Over and out.