Back on the good old ground 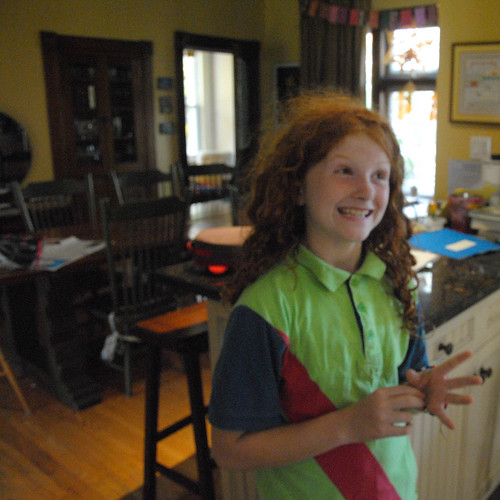 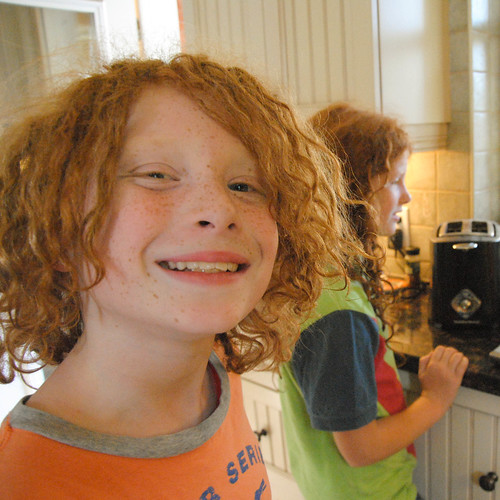 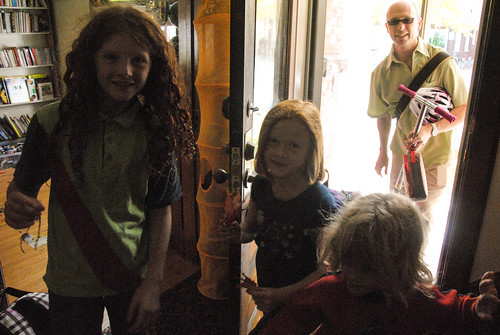 These photos were taken on Tuesday, just after the kids arrived home from school.

I think a person can sustain a high of excitement for about 24 hours, tops. So, yes, I’m right here on the good old ground today, and it’s a fine place to be. I sense that Tuesday’s news has genuinely begun to sink in. That’s almost a little bit sad. I never want it to feel commonplace; when I think about The Juliet Stories, I always want to feel as shocked and astonished and flooded with joy as I did on Tuesday morning.

But then again, those emotions are unsettling and burn a lot of energy. I’ve gotten up early the past two mornings to exercise, and my energy level is feeling on the wane. Wax and wane.

There are stickers. Did you know that? My publisher is going to send me some “GG Finalist” stickers that I can take around to bookshops and stick onto my book. I promise not to let my children stick them onto our sticker table, or their clothing, or their faces, even though that would make for a funny photo.

This morning, I did an interview with a local paper. We met at Words Worth Books in uptown Waterloo, which gave me the opportunity to buy the other four GG finalist’s books. Don’t they all look lovely?

But ’tis time to return to regularly scheduled activities. I have deadlines to meet, and this weekend I’ve also got a turkey to bake and family to host. (I’ll be sure to host the family and bake the turkey, not the other way round.)

And now, a few links, if you’re not saturated already.

* Please go on and listen to a few songs from Danny Michel’s new album, Black Birds are Dancing Over Me, which is so very joyful. “Go on and let someone love you,” has been the line running through my head these past few days.

* CBC Hamilton’s piece on me (I was born in Hamilton, Ontario, and I’m happy to be claimed by any place I’ve lived that would like to claim me!).

* Me and the kids on local TV (Kevin walks into the background of the opening shot, too).

On The Juliet Stories being nominated for the GGs (surreal! and for real!) 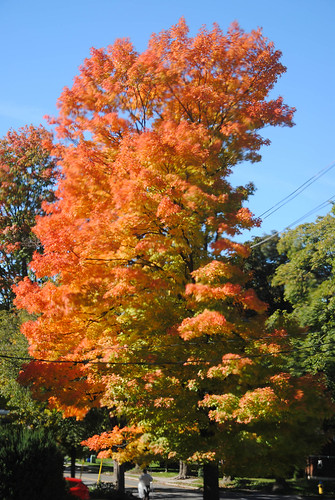 This morning I felt like disappearing into music. I searched around for Lindi Ortega’s version of Johnny Cash’s “Ring of Fire,” and for some reason also felt like hearing Prince’s “When Doves Cry,” and I landed for awhile on Danny Michel’s beautiful and joyful new album “Black Birds Are Dancing Over Me.”

I prepped for a reading I’m doing tonight here in town, in support of the launch of Waterloo’s own brand-new Wild Writers Festival.
I worked on a grant application.
All the while, I avoided the internet. Because this morning was the announcement of the Governor General’s Literary Awards, the last major prize listing of the season here in Canada. I wasn’t sure I could bear the disappointment; well, that’s not true. I knew I’d be fine, but I knew, also, that the emotions would be unpleasant. It would suck. I was irritated with myself for feeling that way, so I plugged into headphones and listened to a soundtrack of my own creation, which seemed to answer perfectly whatever it was I was lacking. Suddenly I said to myself, hey, let yourself believe you could be nominated, right up until you find out you’re not. Why not? Why not be hopeful? The worst that could happen is that you’re disappointed, and at least you’ve spent a little while in happy fantasy.
Why be afraid of an hour or so of happy fantasy?
So I let myself go, in the music, and got to work.
And then, just after 10am, I saw that my inbox had suddenly filled up with messages. Could it be??? The first message I opened was from Jared Bland, senior editor at Anansi. It was titled: congratulations! And it said simply, “I just saw the wonderful news about your GG nomination.”
What happened after that is a blur. I’m pretty sure I started crying and laughing and shouting all at the same time. I know that I leapt up and scared the dogs, who had been sleeping peacefully in my office. I was shaking so much that I almost collapsed. This is not an exaggeration. “I can’t believe it!” might have been the words coming out of my mouth, over and over.
I wanted to tell Kevin — instantly. But I’d temporarily lost the ability to use my cellphone. When I finally got through to him, he had no idea what I was saying for the first minute, I think because my words were essentially nonsensical.
So, dear reader, that is what it feels like to be nominated for a literary prize. It feels dumbfounding and it feels thrilling, and it makes a mess of one’s physical and emotional self for a smallish moment in time. I’ve since collected myself. Mostly. I’m not even sure I should be blogging under the influence of such heady emotions. But if there’s one thing I’ve learned in life (other than that I really shouldn’t start a sentence with the phrase “if there’s one thing I’ve learned in life”), it’s to jump into the good moments with both feet. Dive in. Get submerged. Be joyful. These occasions come rarely and the time to celebrate and savour them is while they’re happening. Don’t worry about looking like a giddy fool! Be giddy, be foolish.
So I’m being giddy. I’m being foolish.
Oh, oh, oh, and I get to read at the International Festival of Authors with the other nominees in Toronto on October 22nd!!!! And let me just say a few words about the GGs themselves. I’ve been a fan since high school. Basically all of my favourite CanLit authors have won the GG. I’m a nominee, not a winner, but it’s like dipping my toe into the waters of Canadian literary history. It’s like being a tiny part of it. I’m blessed and I’m damn lucky.
Also, I have yet to see or hug anyone in person since the announcement (aside from dogs), but I’ve been loving the emails and phone calls and texts and FB posts. (Like this one, from a friend who lives near Kingston, Ontario: “[My husband] and I are at Boston Pizza in Brockville and your book is on the T.V.”) What more can I say? (I’ll think of more soon, I’m sure.)
Page 4 of 4«1234