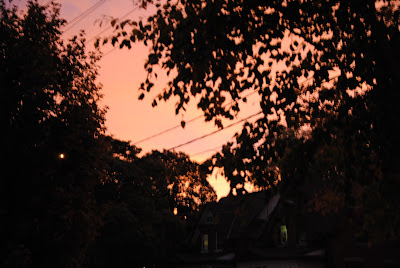 Scheduling: it’s a love/hate relationship. I am definitely of an organized mind, and enjoy figuring out how to make things fit together and become orderly and sensical. Which is apparently not a word, but it should be; as in, the opposite of nonsensical. Oh dear. Three sentences in and already off-track. Where was I? Loving to schedule … but resenting having to do it in order to have a life; resenting the ongoing, neverending obligation to schedule. And coming around to acceptance, because that’s a good place to come around to.

Monday morning, I went for a run, then spent the remaining two child-free hours of the day working out the week’s schedule, which I hadn’t had time to do on the weekend, with Kevin working, and just general exhaustion. I like to sketch out an idea for suppers every day of the week, preferably related to the veggies lurking in my fridge and cold cellar the existence of which I’m otherwise likely to forget. This also prevents the panic of not knowing what the heck to make for supper an hour before supper’s due to be eaten by six hungry and opinionated people.

But I also schedule out absolutely everything else, coordinating with Kevin, most closely, and with a variety of other people (the parents of my kids’ friends; music teachers; grandparents; friends; health practitioners; essentially, anyone else we’re planning to see or want to spend time with during the week).

I think of myself as our family’s call centre. Got a problem–emotional, practical, menial, existential? I’m the one you’re going to call, the 9-1-1 operator. I’m also the first responder, the triage nurse, the doctor/psychiatrist/janitor/repair-person/garbage collector. And I do out-patient and follow-up work, too.

I’ve figured out that this means if I’m going to get time to myself, to recuperate, to prevent meltdown (ie. mine), I’ve got to schedule, in advance, off-call time, time alone.

Every day is broken into pockets of time, each with the potential to be used for something. I am often amazed at how much, and what a variety of activities, can fit. However, the advance plan doesn’t always pan out. Sometimes my energy can’t keep up with my appetite.

For example, on Tuesday, I’d maneuvered time off between after-school pickup and Kevin’s late-night hockey, arranging for Kevin to do after-school care, serve supper, do dishes, and bedtime (yes, it’s a lot!), so that I could go to a yoga class and then on to a reading: Annabel Lyon, Alyssa York, and Sandra Birdsell were all in town. But after a full day that included early rising, swim lessons (getting in the pool with CJ), friends over, baking, and cooking, I had just enough energy to drag myself to yoga. Having survived ninety sweaty minutes of exertion, I exited into a damp dark evening, hungry (because I’d gone over supper hour), bone-tired, and feeling chilled … so I went home instead. I knew I’d be up very early the next morning to run with a friend. And there’s only so much of me available for use.

So Tuesday night, post-kids’-bedtime, I went to bed with a pot of tea and watched reality tv on the internet. I won’t even try to explain it. But it works for me. Sometimes better than anything else. (And, no, I hadn’t scheduled it in, nor do I plan to. Some things are best left to impulse, as needed).

I just wasted, er spent, a ridiculous amount of time doing this “25 random things” exercise on Facebook (it is actually pretty fun, which is why I did it). You just write twenty-five completely random things about yourself. Decided to post it here, too. I’ve changed one because in the five minutes since I pushed “publish” a better idea came to me.

1. I’m the eldest of five children and the only one with red hair, which I “got” from my great-grandma Ida Snyder. We almost named CJ after her; except he turned out to be a CJ instead.
2. I play piano, some classical, but mostly by ear. I write exceptionally cheesy songs. They always make use of the same four chords.
3. I have a minor in Peace and Conflict Studies.
4. At one point in my life, I was certain I would do a doctorate, but instead became a “terminal masters”; ie. stopped with an MA in English Lit.
5. I played Anne of Green Gables in high school. I taught drama at summer camp.
6. For several years in my early teens, we lived in the country, and I had ponies.
7. I really can’t ice skate, but loved roller skating as a kid.
8. I take up jogging every few months, but never stick with it.
9. I met my husband before we’d heard of email, and therefore have a collection of fat letters he wrote to me that spring. They smell like patchouli.
10. Before children, Kevin and I used to go off-road cycling on ski trails.
11. I was homeschooled for a year and a half: grade eight and part of grade nine. This coincided with the ponies.
12. If Albus had been a girl, he would have been named Lucia. If Apple-Apple had been a boy, she would have been Teddy. If Fooey had been a boy, she would have been Walter. For CJ, see above.
13. I worked as a copy editor at a newspaper; it was my only “real” job.
14. My first job was baling hay, age twelve, on the neighbour’s farm. And picking stones. He paid us $1.50 an hour, and I was over the moon. Honestly, I would have done it for free.
15. I was born in Hamilton, Ontario. My parents are both American. I have dual citizenship, and feel like I should know more of the history of both countries.
16. I’ve lived in Ontario, Germany, Ohio, and Nicaragua, and have visited Spain, Switzerland, Belgium, China, Costa Rica, Panama, Colombia, and Trinidad & Tobago. When I was twenty-one, I drove across the continent with my parents and siblings.
17. My friend Katie, my brother Christian, and I tried to spend the night camping on the barn roof in sleeping bags once. Yes, on top of the roof. Fortunately, we couldn’t fall asleep and decided to come inside. Ditto, the time my brothers and I tried to spend the night in the “treehouse” we’d built out of scrap boards.
18. I used to play a lot of card games. Now I can’t remember any of the rules.
19. I was in the room when my sister Edna was born. We are twelve and a half years apart, and no one ever guesses we’re related when we’re side by side.
20. We moved often when I was growing up, and the longest I’ve lived in one place is here, in the house Kevin and I bought a little over five years ago.
21. I like to walk, in almost any weather.
22. I prefer hanging laundry to dry, and washing dishes by hand.
23. I love cooking from scratch, and baking, but I can’t sew or knit, despite having been taught these skills by grandmothers and various other motherly figures at different points in my life.
24. I was more than two weeks overdue, and my mom spent two days being induced before she went into labour. I’m a Capricorn, but sometimes I wonder.
25. I have a knee-jerk resistence to change, but actually thrive on it.

My kids are in love with Eric Traplin. We have one CD called Bubbles and it’s pretty much on every time the kids think to push “play” on the CD player. (And they put the CD back in if I’ve removed it for something I’d prefer to listen to–piano music or the Curious George soundtrack). It’s pretty standard kids’ music, always on at high volume, guitar, drums, piano, cheery upbeat simple tunes. Everyone’s favourite is called “My Superhero,” and it tells the story of a vaguely drawn superhero who has goodness in his heart, is brave and kind, and runs down the hallway saving the world before bedtime. I like that A, despite being a “sophisticated” second-grader who says “su-weet” all the time, dances around the living-room singing along with these truly sweet (innocent) songs.

But anyway, I wasn’t planning on blogging about Eric Traplin. It just happens that F’s turned it on and is dancing around the living-room singing along … in fact, it’s the superhero song.

Preparations. As I said in my previous post, our schedule feels relentless these days, with no time to stop and catch our collective breaths. Or say hello to each other (me and Kevin). And to add to this, we are preparing for a pilgrimage of sorts tomorrow night. Hallowe’en night. Last year, on Hallowe’en, Kevin’s dad Jim died of cancer at around 6pm. The kids had just gotten dressed up for trick-or-treating when Kevin’s mother called with the news (she’d called about an hour earlier asking Kevin to come home as soon as possible, which we were already preparing for). As soon as the news came that Jim had died, I looked at Kevin and said, “We’re all going to go along with you.” But first, Kevin took the kids trick-or-treating. We decided not to tell them until afterward. While they were out, I packed for the trip. By the time they were home with their loot, I’d made necessary phone calls and gotten organized. We explained to the kids what was happening, changed them into pajamas, and drove off into the night–about a five-hour journey. It was an oddly and unexpectedly wonderful trip for our whole family. It felt like an adventure, full of significance and mystery and emotion. We were sad and the two older children had questions about death and Grandpa Jim, but it felt positive, not scary. At the time, Kevin and I almost jokingly said we should make that trip every year, as a way of marking Jim’s passing–making up our own unique and uniquely meaningful family tradition.

So we’re going to try it out. I love the idea, but am feeling overwhelmed by the logistics. Not only is tomorrow Hallowe’en (that would be the point), but the kids also have swim lessons right after school, and Nina’s very last buying club of the year (hopefully not forever!) is tomorrow night, and I couldn’t resist ordering even though it was, frankly, madness to add that in to the packing and the trick-or-treating and the rest of it.

I found this week that I was having greater than usual difficulty organizing myself, and I started making all these lists. I have a list for every day with all the mundane details written out: meal menus, what veggies in the fridge need to be eaten, and all the weird little odds and ends that dance across my brain ever so briefly and if not immediately attended to slip just as quickly away, probably till some three o’clock in the morning moment when “order cheques” is pretty much an impossibility. The lists made me feel slightly more in control. I haven’t put blogging or writing on any list, however. This week I ended up not having any writing day whatsoever. Kevin had a dentist appointment this morning, so I hosted playgroup instead. Then my babysitter cancelled on the afternoon too. Oh well.