WAY TOO MUCH and where my head is at right now 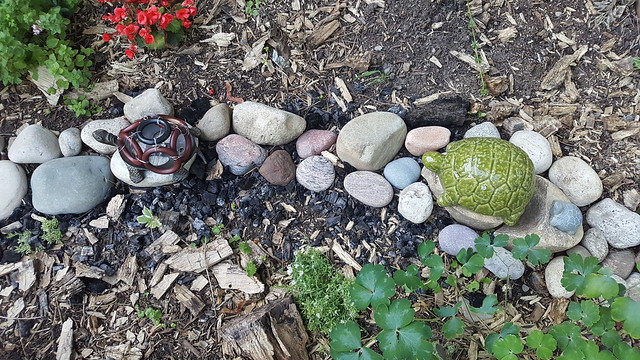 This blog is like a corkboard on which to post thoughts, observations, whatever is front-of-mind right now. It acts as a public journal, an I WAS HERE scrawl on the wall. Trouble is, recently, whenever I sit down to post something, it’s not clear to me what’s front-of-mind. Mind is a-jumble. Influences are disparate and scrolling, images aflame, voices shouting, protests, outrage. What calls my attention is both very personal and tiny (my morning routine, for example) and overwhelmingly political and heavy (can’t even begin to list it parenthetically).

This morning I read an article by Lori Fox in The Globe and Mail that pretty much sums up what I’ve been ranting to Kevin about for these past many months. Please read what she’s written and know that I’m nodding along. At one point in the article, she writes about her own “small, selfish” dream. It’s a lovely dream. To paraphrase: Work that is useful and that she loves doing. Enough, and the time to enjoy it. A life with dignity and love.

It’s small enough, isn’t it, that everyone should dare to dream such a dream? Everyone should have the means of achieving it? It doesn’t sound selfish to me. 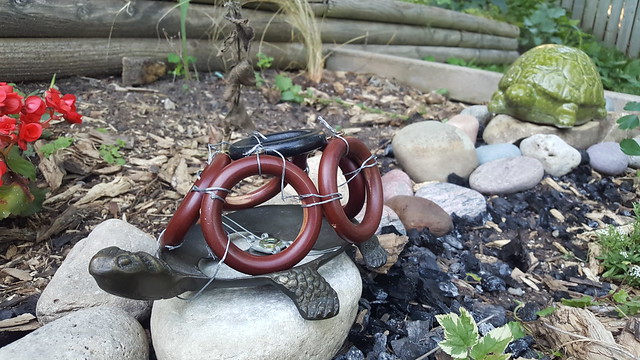 Originally, when I sat down to write this post it was about my own lovely week, which I spent reading stories, editing stories, and talking about stories. But when I wrote about how lovely it was, and how purposeful and peaceful I felt doing this work (tiny, personal), I also found myself tracking into the weeds of dismay and guilt, confusion and fury (overwhelming, political) as I reflected on how it was privilege that allowed me to do this work.

Earlier in the week, I watched this interview with Kurt Anderson on PBS (my favourite American news source), and it stirred in me emotions that I’ve been unable to unstir. Essentially, he argues that 1976 was the most equitable year on record (in America), and due to a wealth-driven philosophy that focuses on profit to the exclusion of all other concerns, we now find ourselves living in an economy that offers that “small, selfish” dream to fewer and fewer people. I realize that I live in Canada, not the US, but we’re not immune to troubling inequity. When I eat a peach, I can’t help but think of the hand that picked it, and wonder where that person is from, how much they’re being paid, and where they’re sleeping. Essential work is being done by people who are treated as less-than. And the system makes us complicit, even as we’re stuck in it.

How many people do you know whose work is precarious, cobbled-together gig by gig, without benefits or retirement packages? Look around, and you’ll see that defines a lot of us, even those who seem to be doing okay. How many jobs that were once secure and well-paid are now being done by people who work on contract or freelance? Remember when earning a PhD meant tenure-track job-security? I remember when writers were paid a dollar/word for book reviews published in the newspaper. You can argue that sectors that are struggling are sectors that are becoming obsolete in today’s economy; but that’s not necessarily true. Is education obsolete? Are the arts obsolete? What about news? Long-term care? Sectors struggle for many reasons, but what I see is that a profit-only model doesn’t work for the people who actually do the labour. Because in the profit-only model, labour is a cost. You squeeze the costs down, you make more profit. Ultimately, that means you’re squeezing people — you’re paying people less and less to do more and more. And the people are us.

I can observe all of this, and be outraged, but it tends to lead me toward paralysis. What’s the fix, what’s the cure? 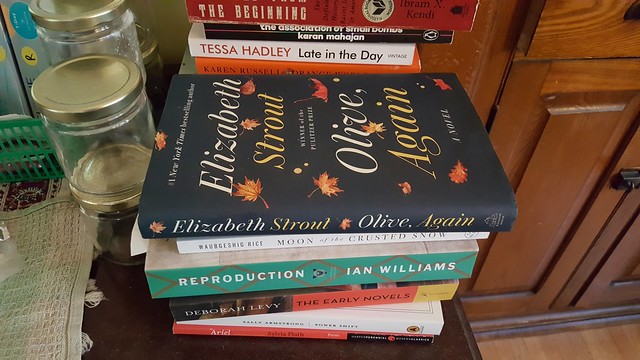 Yesterday, I sat outside and read Olive, Again, by Elizabeth Strout, which I noticed, upon finishing, is labelled “A Novel.” I think that’s an American thing? The book is actually a collection of linked short stories, my favourite form, although I know linked short stories don’t sell well, so maybe “A Novel” is a marketing thing. In any case, the book doesn’t need to be anything other than what it is: stories about characters (often Olive, but sometimes not) navigating their broken paths and trying to figure out how to talk to each other and protect themselves across divides of class, race, culture, age, abuse, pain, illness, secrecy, experience, self-doubt. It’s brilliant, and I wept often, throughout.

Upon finishing, I thought: I just want to sit and read stories all day long. And then I’ll take a break and write stories for others to read. And then I’ll meet with people who love reading and writing and we’ll talk about it, and I’ll edit my stories and theirs. When I do this work I’m not always right, but I know what I’m doing and why.

Is this a roadmap for a career???? God, let it be so. At the very least, it’s a roadmap for making sense of life. For helping me see and understand and know what matters. And it ain’t profit, my friends (but you already know that!). We all know it, gut-deep: profit isn’t profitable when it costs us our communities, our health, our dignity. 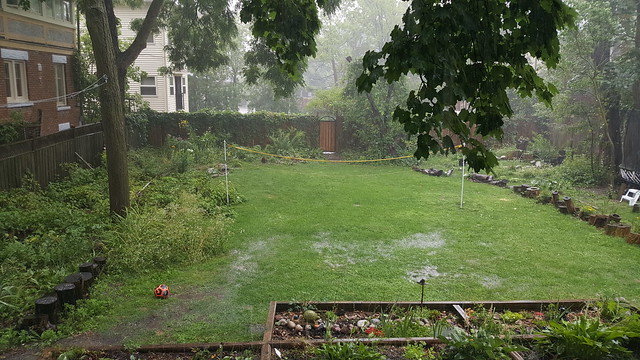 Here’s my own small, selfish dream: I want to read, write, edit, discuss; work that has it uses, its purpose. And I want others to be able to do this work too, as they’re called to it.

Truth: A lot of my work is done on a voluntary basis (it’s my speciality!). But here’s the thing: volunteer work is not necessarily noble. People volunteer because they can afford to. I’m worried that my willingness and ability to work for little to no recompense is part of the problem. Consider the arts sector, where many initiatives survive because of people like me: Doesn’t this very structure — reliance on voluntary labour — create barriers toward participation for everyone who can’t afford to work for free?

But what’s the alternative in a sector that’s not profit-driven and never will be, that survives on grants, fundraising … and underpaid / unpaid labour?

It’s a dilemma that’s been troubling me. A lot.

And I’ve come around to a solution, of sorts: Universal Basic Income. It’s not perfect, but it seems like the viable place to start. A baseline of security, so everyone can afford their own tiny, personal dream: Enough and time to enjoy it. Dignity and love. Work that is useful and that you love doing.

(See what I mean? This post is WAY TOO MUCH, but it’s where my head is at, right now.)

The space is the thing
All kinds of magic