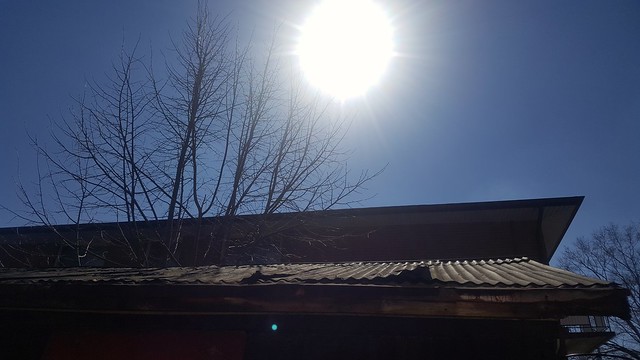 I thought I’d wasted the day. I was lying on the couch under a blanket, feeling so tired, waking after a nap, a needless nap in the middle of the day, with sun pouring through the windows. I’d woken when an alarm went off on my phone: the province of Ontario alerting all travellers returning home to go home and stay home. A few minutes later, the alarm sounded again: same info, this time in French.

The dog lay atop the couch, stretched out. I stared at the wall. Is this a panic attack? But it didn’t feel dire, it felt like being flattened by something, unable to rise. My eldest son appeared on the scene. “Oh, are you napping?” “No, just lying here doing absolutely nothing,” I said. He accepted this at face value. He’d been cleaning his room, and wondered where to put some stuff he didn’t need anymore — boxes, binders. I was able to assist him while still prone. “Could you bring me the New Yorker magazine that’s open on the table?” I asked him. It was the latest issue, open to the fiction, a short story about tennis, of all things.

I read the whole story. It was a long story.

Soon after that, I got up off the couch. In the bathroom, I surreptitiously took my temperature. Normal. Then I went to my office, plugged myself into my Lynda Barry Spotify playlist, hit shuffle play, and wrote in my notebook for the next hour: a brand new story for a book I’d been working on diligently before … before … all of this; it seemed so long ago. 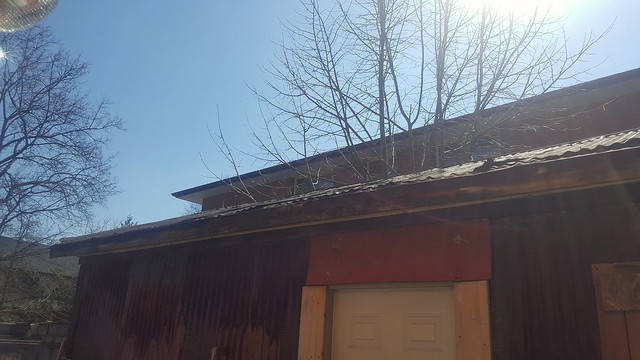 After that, I met a friend for a walk. Keeping to a safe distance. Dodging others on the Iron Horse Trail.

Home again, I returned to the story. I wrote more. My pen scratched away at the lines on the page, words flying from some unknown part of myself, turning visible, printed in block letters, the nascent form of something that might become something, someday; no, that already is. Forget someday, Carrie. It already is. This is.

When I finished writing the story, I sat back in my chair and almost cried. It felt like I’d connected with some distant memory of myself, some estranged part of myself in whose renewed acquaintance I was delighting — I remember you! Writing, through confusion, following the through-line of a plot, seeing the world through a character’s eyes instead of my own — I felt purposeful in a way I feel at no other time. Not purposeful in a practical way, like when I’m baking bread, or helping a child; but purposeful in the way of being used wholly. Not used in a bad way. Used entirely. All my parts work in concert to do this bright bruised blessed work that does not feel in any way like work. 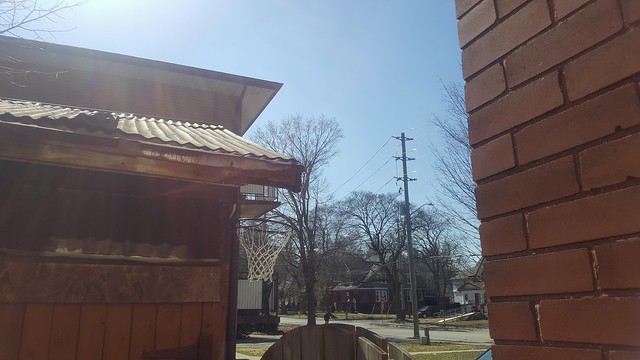 Today was not wasted; I got up off the couch, but also, I let myself lay there. Maybe I needed to do both of those things to figure out how to write that story that now is, whatever it is, whatever it may be. I got it out of my head.

(These photos were taken immediately after I got up off the couch — and before I’d established that my temperature was normal. For some reason, I went to the back door by the garage, opened it and squinted into the sunshine. I just stood there on the stoop for awhile.)