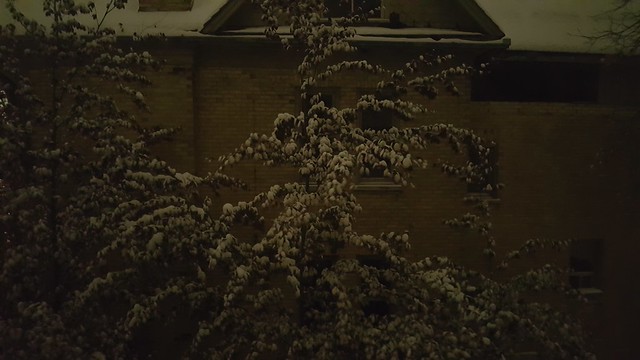 I’ve been running a lot, and will continue to run a lot for as long as I can stave off injury and chronic pain, no matter the weather. Winter has descended early on Southern Ontario, and I’ll admit that it takes a little more gumption to layer up and run out into a stiff headwind over icy sidewalks. You have to really want to, for some reason beyond the running itself — and for me, that’s my mental health. Running clears my mind. Clears my anxieties. Makes me feel stronger, powerful.

But I do have to run early, it has to be the first thing I do upon waking, or I lose the gumption. I don’t mind running in the dark, oddly enough. My favourite path is reasonably well-lit, and I’ve come to love the quiet of the early morning, its solitude almost dream-like, the darkness a strange comfort, womb-like. There was little wind this morning, and I kept a steady pace, earbuds in, tuned to a podcast called Dolly Parton’s America, which at one point brought me to tears, as the host described the unexpected connections between Dolly Parton’s Tennessee mountain home, and his own father’s Lebanese mountain home. About how different musical instruments and rhythms, patterns and vocalizations find confluence across culture and time, come together, remind us of our common need for expression beyond words or even actions. So that happened on this morning’s run: I was crying.

And then, as I turned onto a busier stretch, I was yelling at the cars buzzing by, their noise and fumes drowning out the podcast. 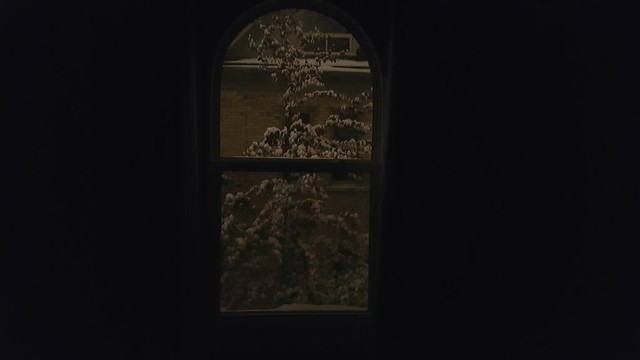 When I got home, I replayed one section again, to drink in what Dolly Parton had said. I’m telling you: You have to listen to this podcast! I’m starting to believe that Dolly Parton is not only a brilliantly talented songwriter and musician, but also a wise, grounded human being, who is carrying a message for our moment that we’re having difficulty hearing. To paraphrase what the podcast’s host said: Dolly Parton is expressing an ethos, a spirituality, in which no one is cast out. No one is condemned from the community. She has her opinions, but she will also allow that you have yours; and she has a massive capacity to see the other, to understand complexity in human behaviour. (I wonder if this points to a difference between being an artist and being an activist; both are necessary and important to instigating and envisioning change, but the roles don’t necessarily overlap, because the strengths of an artist are different from the strengths of an activist. Their ways of framing experience often run counter to each other.) 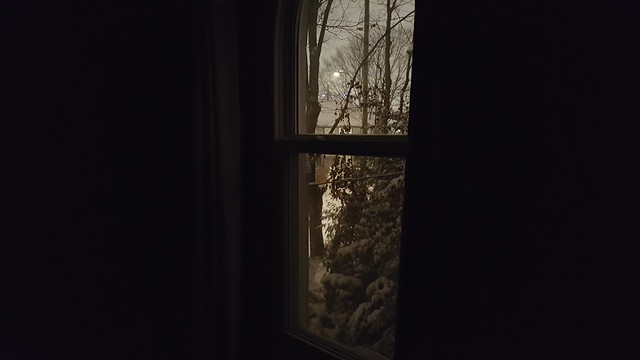 I spent last week watching documentaries, having bought a pass to our local feminist film festival — founded by a friend nine years ago — which runs every November. I crammed in as many movies as I could: I saw a movie about the family of Colton Boushie, thrust into a public spotlight, speaking with clarity out of their pain; a movie about women incarcerated in New Brunswick, making art together, cast in and out of the system and trying to see their way clear; a movie about an Israeli family in which the father transitions to becoming a woman; a movie about an all-woman sailing team who sailed in a race around the world; a movie about Ruth Bader Ginsberg, and a movie about Toni Morrison. (What made it really special was that I saw each movie with a friend or with one of my two older kids.)

At the end of seeing all these movies, I said: How anyone makes it through this world whole is beyond me. And maybe we don’t. Maybe we don’t make it through this world whole. But there are moments of clarity, amidst the confusion. Moments when people are called by some force beyond themselves to take a stand. Moments when they call others in and hold them. Moments of forgiveness. Moments beyond pain and suffering. The victories might be small and temporary. But no matter. 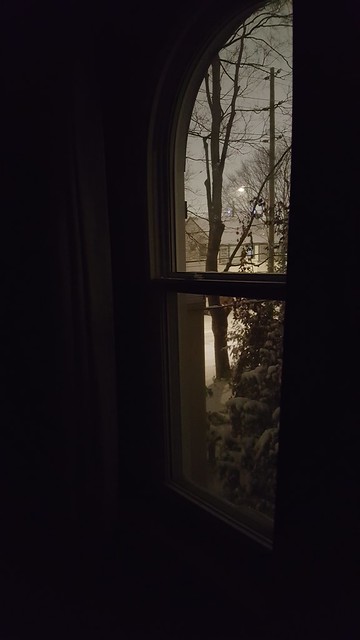 If you pay attention to someone else’s story, you’ll see under the armour and bluster and noise to the complexity of need and of fear and of hope beneath. We all want a safe place to call home. We all want to feel safe, and loved, without condition. How can we be that for each other? It comes naturally to want to be that for my family and friends, but can I try, too, to be that for those with whom I have little connection and less understanding? Can I ask for the same in return?