Silence is the presence of everything 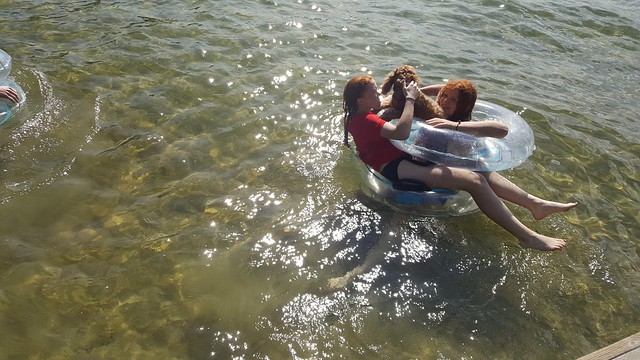 My word of the year is SPACE. What I didn’t expect to find within this word is its companion, SILENCE. Silence can be a challenging state to sit within. I don’t always want to hear my own thoughts so clearly, or recognize the distracted and tumbling, tangled nature of my own interior life. 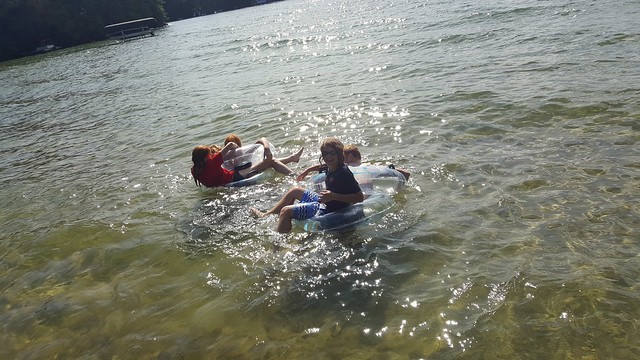 We spent last week, the last week before school started, at the cottage that belonged to my stepmom, and still feels like hers, even though she’s been gone for more than a year now. We love going there, love being there. It’s been a gift to have this place in our lives, and the kids have memories that go back, now, 11 summers. It’s the kind of place that has become a touchstone, and returning is a kind of pilgrimage. Returning is a measure of time passing. While we’re there, though only for a week at most, it feels like we’ve always been there and will always be there. 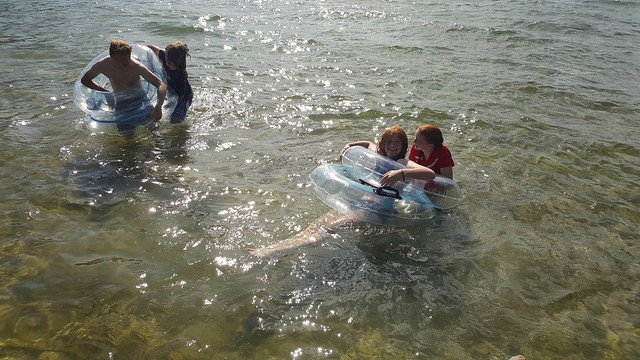 You can only get there (easily, practically) by boat. About five years ago, Kevin developed an inner ear disturbance that’s triggered by boat rides, and each year the after-effects would last longer and longer (months, even), so for the past two summers, he’s hiked in on a path that literally no one else uses. It’s overgrown. It takes him about an hour and a half. And this year, it was occupied by swarms of insects. He arrived at the cottage looking like a wild man. He wasn’t sure he could manage the hike out, but on Monday, he and Rose trekked the path again, to save his brain. 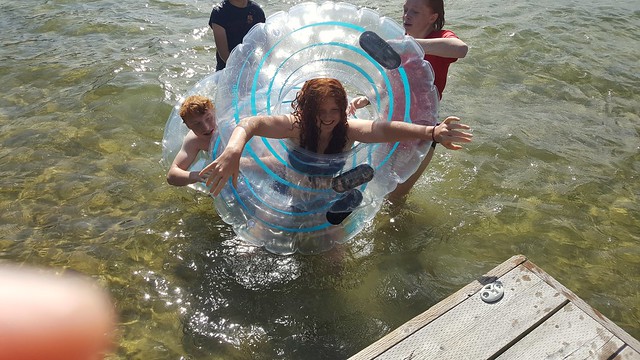 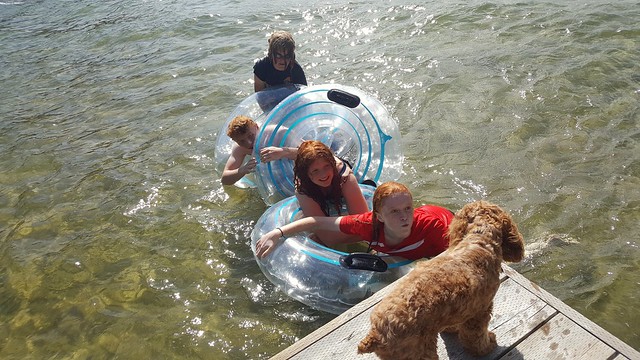 There is plenty of space at the cottage. Space for the kids to play. A big lake for kayaking and adventuring, alone or together. Star-gazing at night. Shelves of books. Late, lazy mornings. Late-night all-family card games. We never seem to need anything more than what we’ve got. Even when meals get creative, by necessity. 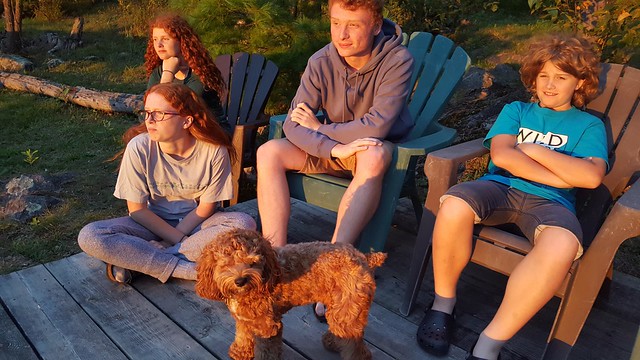 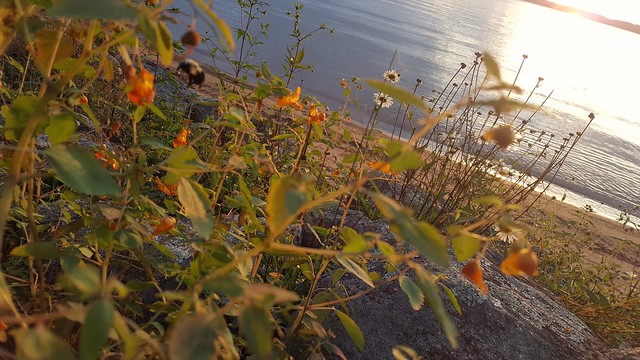 I tuned out from the news, from podcasts, from the internet almost altogether. But I did listen to one podcast, On Being, on Sunday. The title was: Silence and the Presence of Everything.

Isn’t that something? How the themes of our lives get tied together by invisible thread? I’d been worrying about space and silence. Silence as a negative. Silence as too much space for my mind to listen, anxiously, to itself. 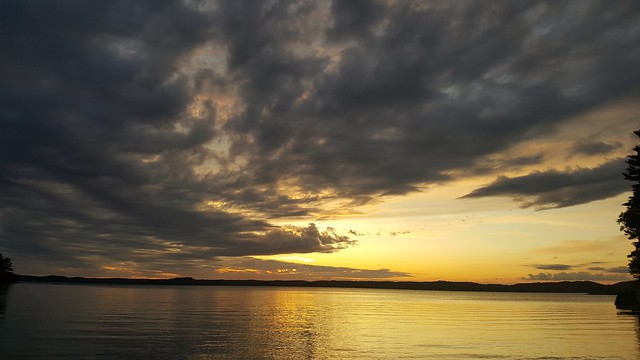 “Silence and the Presence of Everything” was about listening. Not active listening for a particular thing you expect to hear, or have been told to listen for, or pay attention to. Listening to what’s there to be heard. Listening without judgement. 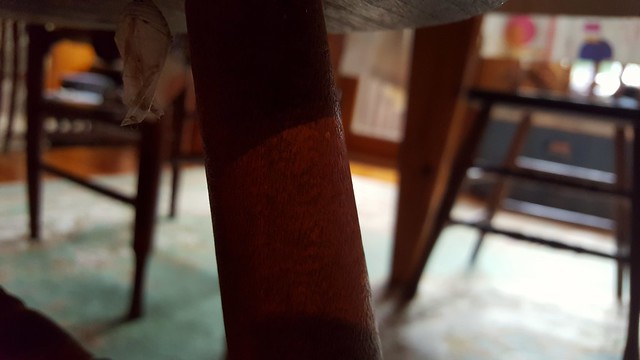 An interesting thing happened at the cottage. I managed to write a bit every afternoon, when no one was paying attention; no one even really noticed. What was strange and thrilling was how I would fall into the writing (fiction), almost as if by drifting toward an idea. An image would surface. I would let it drift. I would be resting or sitting by the water. And some small fragment would drift toward me. And then I would get up and write. The writing felt similar to listening. 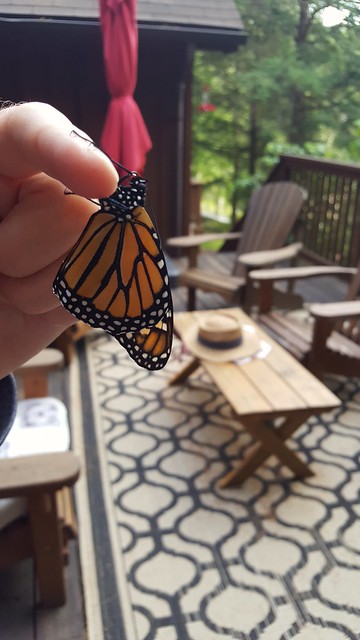 It didn’t feel active. It didn’t feel forced. It felt like I’d tipped sideways into another time and place and body, and I was just there. 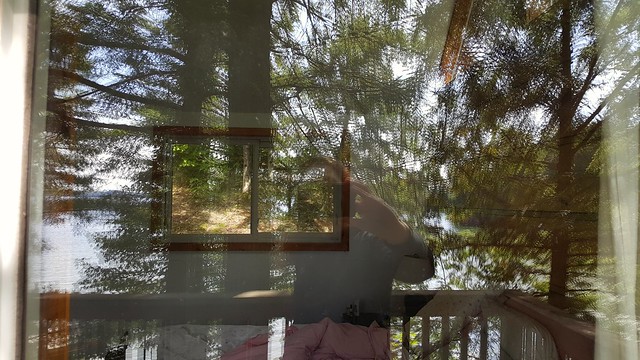 Now I’m here, home again. Dreading a root canal tomorrow morning, but otherwise glad for a day, today, in which I’ve done exactly what I want to do with all my new-found, new-made space: I wrote. I’d gotten up early to exercise with friends and by 10AM when everyone had left the house and the laundry was underway, I felt tired. So I meditated/napped for 10 minutes. And then I got up and wrote. I told myself: Remember to meditate/listen/nap before writing. Drift into what you’re about to do. Listen. It’s okay if listening turns into dreaming. Let yourself drift. 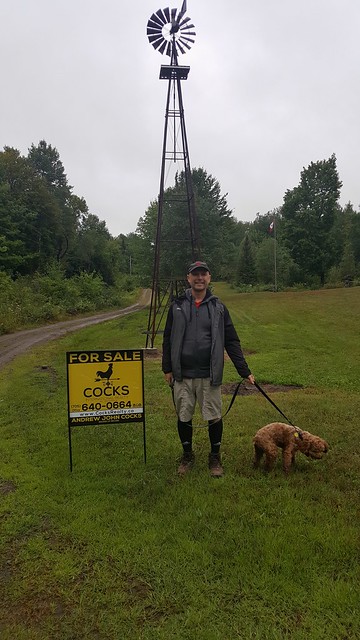 I’ll write another blog post (maybe) about what it feels like to let go of the need to pay attention to a particular something, and just be. It’s almost the opposite of striving. I’m such a striver. To be without purpose, listen without demand; it eliminates the task of waiting. It makes silence okay. Drifting toward mystery. Because mystery is okay too.

None of your business: a mantra
Pure joy