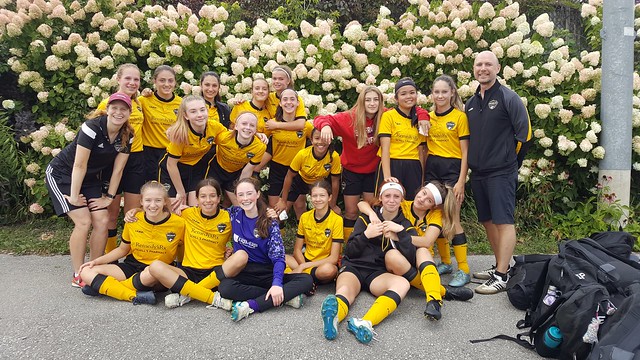 I often come to this blog when I want to capture something ineffable — a mood, a moment, an emotion. It’s become a container for that which is fleeting (okay, what isn’t fleeting?); or, more precisely, for that which I want a record, a trace of what it felt like, or what it meant, whatever “it” was.

Today, I come to this blog to record what it felt like to watch a player score a massively critical goal in an intense and challenging match — the game-changer. I keep returning to this moment in my mind, and replaying the passes that led up to it, as well as the pure joy that seemed to pour through my body as I crouched and opened my mouth and SCREAMED that joy right out from my guts. (Everyone else was screaming too, so my own yell didn’t stand out.)

The scream felt so spontaneous and so free, like it was coming from a pure, deep well of emotion. Wonderful emotion. I’ve been on the other side, witnessing an important goal scored against our team, and I know that the emotions there (at least for me) are flattening or deadening; I don’t feel much. There’s a recognition that disappointment happens, and sometimes things don’t work out, and also that it’s just a game.

It is just a game.

But I actually wonder, upon reflection, whether it just being a game made this particular moment of joy that much purer and simpler, too. I can think of other joyous emotional moments, but they all come freighted with a shadow side. The birth of a child is joyous, and terrifying; the love you didn’t know you’d feel is shadowed with the possibility of a loss you hadn’t fathomed before. And when The Juliet Stories was shortlisted for a Governor General, I also experienced a moment of joy that was almost without compare; but in the same moment, I nearly collapsed from the weight of all those years of waiting and work.

It shouldn’t seem like a goal in a soccer game should make me feel the same level of joy. And yet I’m here to report that it did. It totally did! But it was joy without anything else attached — no shadow side, no deeper responsibility, no fulfillment of a life’s dream. Just joy, pure and simple. And I think I felt that level of joy so purely because it was just a game. Because I knew that it really didn’t matter one way or the other, in the great scheme of things. Our team would still be a terrific team, and we still would have had an awesome season, with lots of good memories, even if the goal hadn’t happened.

But it did happen. And when it happened, it was a beautiful manifestation of things working out, of the opposite of disappointment — potential fulfilled. And my response was a full-body scream of YES!

A cross-field through-ball deep to space — an absolutely massive kick from a player I’ve loved coaching for three seasons now; a gutsy run onto the ball, and a turn and a cross from a player new to the team this season who has been a fiery force to behold; and a charging run onto the ball and perfectly placed one-time shot into the back of the net from a player I coached years ago in house-league, who joined our team this season, and who I knew had exactly that kind of high-pressure finish in her.

Our fiery force scored a beautiful goal not long after to close out the game. I screamed again, just as loud. Might have wiped away a few tears too.

I suppose it is a pretty intense emotional investment to coach a group of players over a season; many of them now for four seasons. I’ve seen them grow up from ten-year-olds to teenagers. I’ve seen their skills develop through effort, willingness to push themselves, practice, trial and error. I’ve seen them learn and re-learn how to work together as a team, not just as individuals. And I’ve seen them become who they were today: a team full of potential, fulfilling their potential. It’s awesome to peak at the end of the season. We play in the cup final next weekend, just like we did last season. And all 18 players were part of this win today. 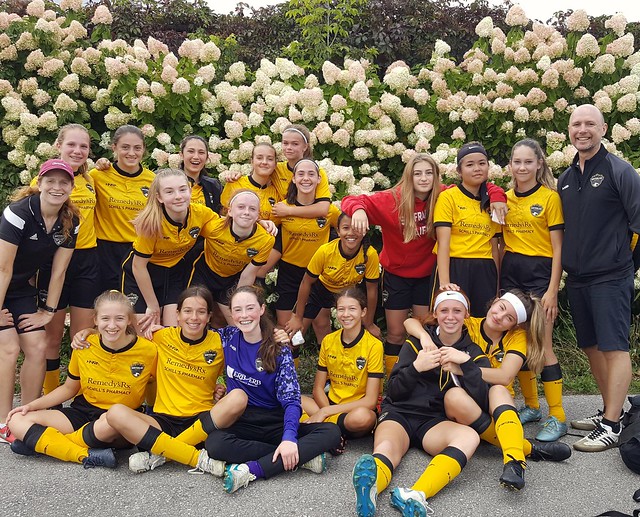 As I said in my pre-game speech (short, and a bit emotional): I’m so proud to be their coach, and I’m so proud of everyone’s development and progress this season. I finished by saying that I was really hoping we could get one last game together next weekend, and (as they already knew), for that to happen, we’d just have to win.

I think we all must have really wanted one last game together.

Silence is the presence of everything
How to do nothing