Questions in the middle of the night 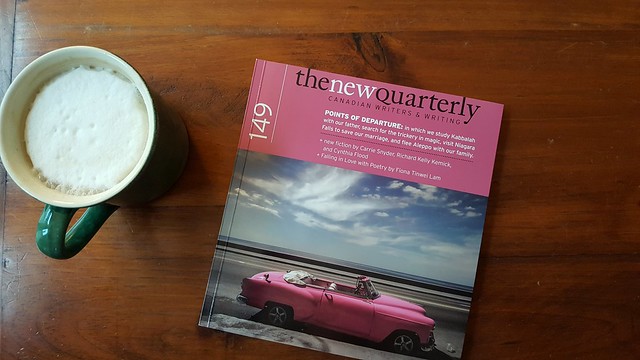 I’m sitting in my cozy office, wearing reading glasses, listening to my favourite Spotify playlist (song of the moment: “Ya veras,” by Systema Solar), office door closed because my elder daughter is practicing piano obsessively. Kids are all home from school, which makes Rose-the-pup very happy. Kevin is mid-flight to Fort McMurray for a work trip. All schools, including the universities, are closed today due to freezing rain. I started teaching more than six years ago, and today’s is the class I’ve ever missed. (Not-Humble-Brag # 1)

I’ve decided that this post’s theme is the Not-Humble-Brag.

I’m uncomfortable with bragging. But it makes me even more uncomfortable to pretend that I’m not bragging. (Side note: Why call it bragging? Why not label it differently in my own mind, as good news, and own the sharing of it?) (Side note # 2: My superstitions are kicking in strongly, as all my instincts scream: if you announce that you have good news, you will be deservedly and instantly punished with bad news!)

Okay, superstitious self, what if the Not-Humble-Brags are less earth-shattering, more like gentle observations of loveliness? Hey? 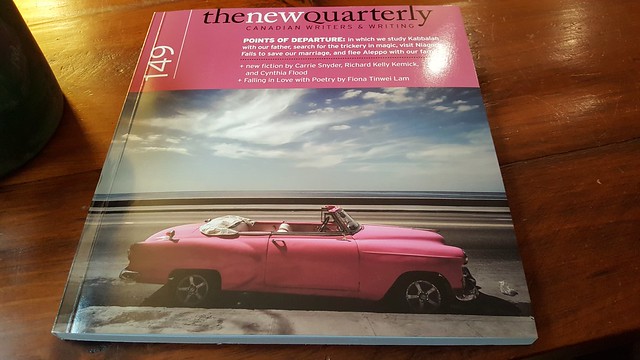 For example, I’ve got a new story in the latest edition of The New Quarterly! (Not-Humble-Brag # 2)

The story is from an auto-fiction collection I’ve been working on steadily for a rather long time, and which makes me happy every time I dip into it, to revise, edit, polish, or write a brand-new story. On Monday evening, when I was in my office marking madly, my eldest daughter came rushing in. She was glowing. She’d just read the story in TNQ — “16th Century Girl” — and she’d loved it. She said, You should just do this, Mom. You should just write. She said she’d been thinking about writers who just wrote regardless of success during their lives, just wrote anyway, no matter what, and that could be me, as she saw it. You’re such a good writer, Mom, she said.

That night, I woke in the middle of the night and wondered whether I could “just write.” Would it satisfy me? What sacrifices would be involved?

Last night, I again woke in the middle of the night. This time, I asked myself: What is your ideal career path? Who is your role model?

I remembered that for a very long time, my ideal was Alice Munro. A mother and grandmother, devoted to the short story, who dabbled in other money-earning ventures, such as a bookstore she owned with her first husband, and teaching creative writing for a year or so early in her career; but mostly, who simply sat at her table, stared out the window, and wrote and wrote and wrote and wrote. Brilliantly. When I appeared at a literary festival named in her honour, I was told that she was known as a quiet, dedicated volunteer, serving pie at community functions to people who had no idea who she was, even if they’d come to the small town hoping to catch a glimpse of her. Even before her retirement a few years ago, she rarely engaged in readings or public appearances. Add the Nobel Prize on top of that, and could there be a more romantic ideal?

Next, I thought of Grace Paley, the American short story writer, teacher and activist. Here’s what Ann Patchett writes about Grace Paley, with whom Patchett studied in university: “Grace wanted us to be better people than we were, and she knew that the chances of our becoming real writers depended on it. Instead of telling us what to do, she showed us. Human rights violations were more important than fiction. Giving your full attention to a person who is suffering was bigger than marking up a story, bigger than writing a story. Grace turned out a slender but vital body of work during her life. She kept her editors waiting longer than her students. She taught me that writing must not be compartmentalized. You don’t step out of the stream of your life to do your work. Work was the life, and who you were as a mother, teacher, friend, citizen, activist, and artist was all the same person.” (from “The Getaway Car,” an essay in Patchett’s This Is The Story of a Happy Marriage.)

In my mind, Alice Munro and Grace Paley don’t represent competing versions of “how to be a writer”; for both women, being a writer was not about performing as a writer, it was about doing what needed to be done. There are different ways to do this. 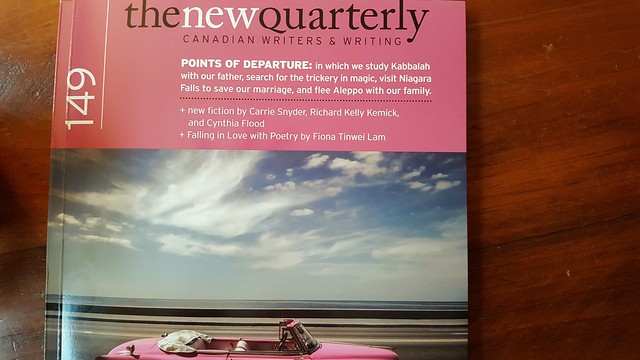 If I were an academic, I would keep very close track of every publication, conference, appearance, event, workshop, review, panel, and award. I discovered this lack in my own accounting last fall when a colleague and I were applying for an academic grant (a SSHRC). Creating a somewhat comprehensive CV involved picking through old calendars, emails, and boxes of clippings. The exercise was instructive, and weirdly buoying. Look at all these things you’ve done, woman! (Not-Humble-Brag # 3)

But there’s a reason I haven’t kept track of these things very well.

As a writer, what I’ve done is not as important as what I’m going to be doing. What matters is what I’m making, not what I’ve made. (I realize that’s not completely accurate; past publishing history opens doors unavailable to many, which is a privilege and not to be minimized.) But there is no tenure. No security.

To be a mid-career, mid-level literary writer is … well, it’s a form of invisibility, to be perfectly frank. It takes fortitude. It takes devotion to an idea of oneself, an aspirational self, and it takes devotion to a singular cause, which is craft. Like Grace Paley, I don’t (can’t) compartmentalize my writing from my life. And yet my life ranges rather widely and wildly. It sprawls. My attention is divided. My loves are many. If I were to “just write,” as my daughter says, what would that mean? What path am I carving, in this career my CV claims I’m building?

We were awarded the grant, by the way. (Not-Humble-Brag # 4) 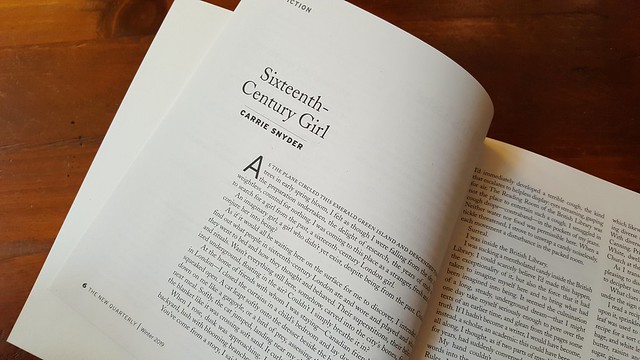 Now, to spend the rest of the afternoon, this gift of unexpectedly free mid-week calm, “just writing.”

I turn toward the sun
This all happened