How to write a novel 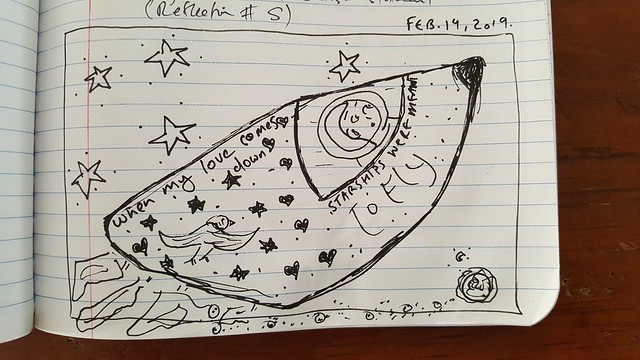 I’ve been doing an intensive writing week. I have little transferable advice to pass along regarding strategies for how to write a novel, unless you’re interested in the pathological approach. I’ve spent seven days writing almost non-stop, abandoning all else, and I can report back to you that the overwhelming sensation involved is: compulsion; essentially, it felt too psychologically painful to stop until done. So I wrote till I was done, and the whole book was out of me. (Important side note: Much editing awaits ahead.) 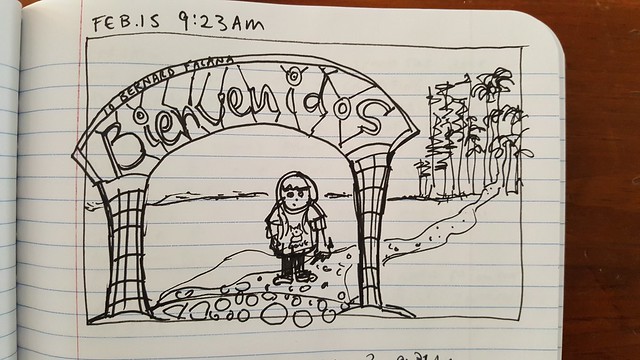 I finished this morning. I was working off a previous draft, and an outline, so this wasn’t material conjured from thin air, these are characters I’ve been exploring in one form or another for several years now. I know them. Writing scenes felt like describing events that I’d witnessed. I just had to look around, pay attention, and write what I was seeing. 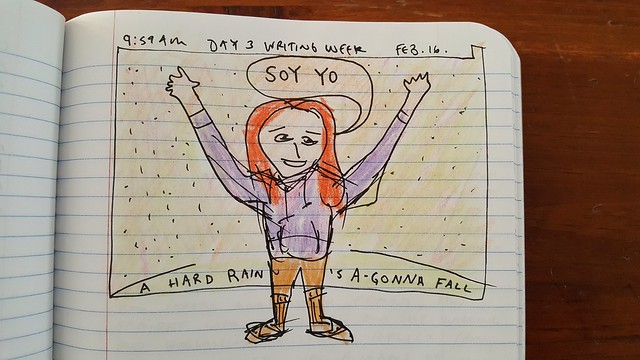 I marked each writing session by drawing — the drawings I’ve used to illustrate this post — while listening to music (the song titles are incorporated into each drawing). After drawing, I wrote for three minutes — “What’s on your mind?” — the same prompt I use when leading creative writing classes, and it’s brilliant. Just dump it out. And then GO. 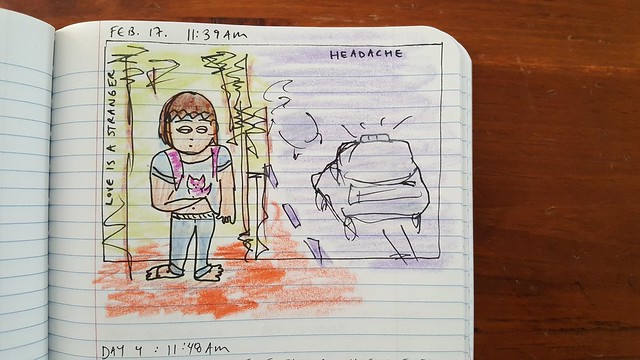 There must be another way to do this work, of course, and my goal is to give myself enough space during my regular life that I can aspire to write under more regular, ordinary circumstances. Because, I’ll be honest, all I crave is more of this. More and more and more and more. Writing like this feels as natural as breathing. Effortless? In truth, yes. The way that going for a hike in the woods is effortless. Because I was so occupied, it was like I was living in another world. And now, thankfully, that world exists outside of me in a form accessible to others. 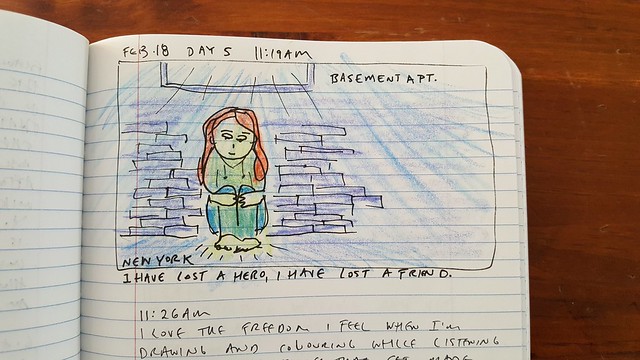 The relief I feel is extreme. I can’t describe it accurately. I was so afraid that something would happen to prevent me from pouring the whole thing out — the whole story. And to imagine leaving those characters half-formed, half-finished with their tasks, was excruciating. 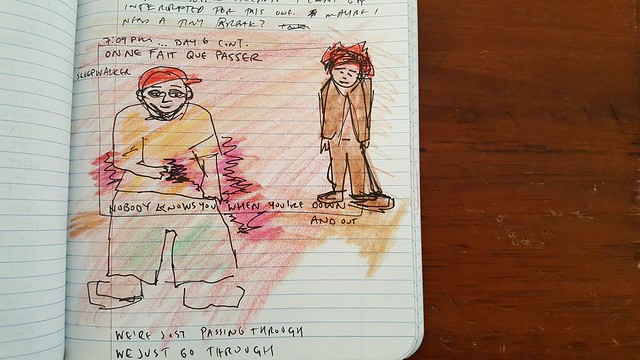 I’m writing this now to help myself remember what it feels like to be in this rare place. I want to record what it feels like to be inside this altered state, because I can’t assess it clearly from inside, yet I know I’m not exactly myself, even now. I’m still too attached to that other world, which feels more vital, more marvellous, more enticing than the mundanity of this real world, which is loaded with responsibility, distraction, good intentions (mine) causing problems, irritating details that mustn’t be overlooked. I know it’s good in the real world too, but this other world — it’s like getting to live inside of a novel, which is somehow even more profoundly affecting than simply reading a novel. If you know the pleasure of reading a novel, and falling into that other world (or any invented and stylized world, of any form), I hardly dare tell you that writing a novel is a million times more intoxicating, more absorbing, more wonderful, because that will sound like hyperbole. (Or maybe, too, I fear sounding like a junkie craving another hit.) 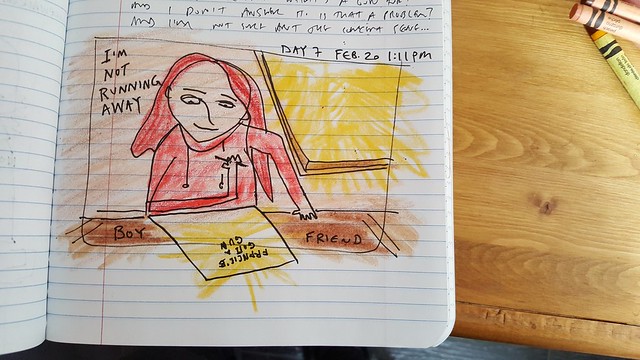 But it’s not hyperbole, it’s true. It’s that wonderful, that absorbing. I must make space to do this — just this. 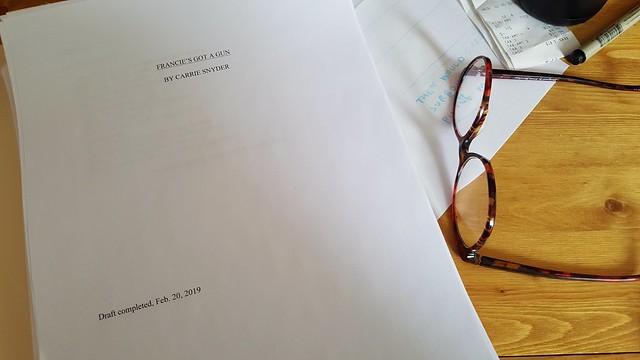 This all happened
The X Page: A storytelling workshop