Sometimes you’ve got to take a stand 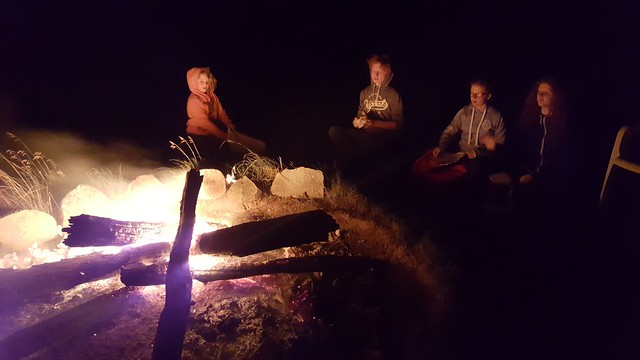 Oh my goodness, I’m flying off in a million different directions these days. Is this only the second week of summer holidays?? We kicked off our summer with a weekend at my brother and sister-in-law’s farm. The heat was something else. We watched all of the World Cup games, went to the beach, performed the annual burning of the homework, lit some fireworks, chilled around the fire taking turns playing DJ, listening to our favourite songs. It was sweet.

Kevin flew off to Montreal for a couple of days last week. 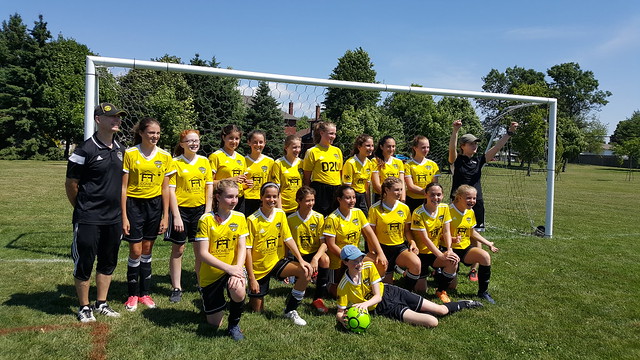 Then we drove to Kingston for a soccer tournament (that’s me on the end feeling like a champion … and looking somewhat shorter than our team’s tallest players, some of whom aren’t quite 13 yet! Keep growing, girls!). In a bizarre twist, our team actually won all three of our opening games … but did not advance to the semi-finals. I’ve never seen a tournament organized like this, and hope never to see one like it again. The good news is, our team had a blast during the off-hours, plus on the field the girls played like stars, revealing inner grit and resolve and team joy, coming from behind to win each of the games. We had lots to cheer for. 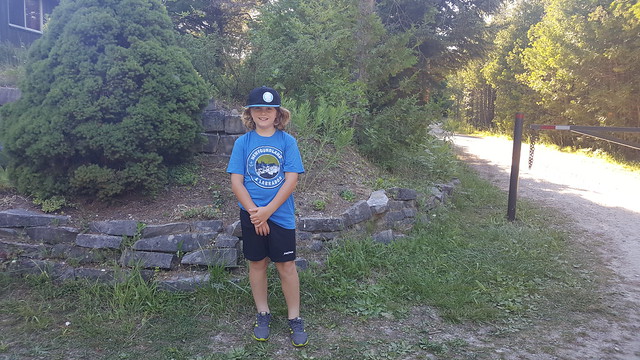 I spent Sunday afternoon driving across Ontario to drop CJ at camp, where he’ll spend the week. It was a very long day, and the air conditioning in my little car DID NOT WORK. (Did I mention how hot it’s been?) Thankfully, I had a driving companion — Angus came along for the ride, and kept us entertained. We spent quite awhile making top 5 lists in the following categories: soups, salads, and sandwiches. Of course, this was over the supper hour when we were barrelling toward camp and not wanting to stop unless absolutely necessary. Discussion of our top 5 sandwiches inspired a long riff on the classic old-fashioned assorted sub. We were so hungry! Angus texted Kevin, who had already arrived home with the girls, requesting he pick us up exactly these sub sandwiches from Pepi’s, a local pizza place that Angus had heard makes good subs. Kevin kindly agreed. Then Kevin texted with the bad news: a hose had burst and the kitchen and basement were flooded.

Fortunately, this calamity had only just happened, likely less than half an hour before their arrival home. What could have been a total disaster was just a really messy cleanup (which I wasn’t too terribly sorry to have missed).

The sub sandwiches from Pepi’s were waiting when we got home … very late … The sub was exceptionally tasty. Definitely my # 1 sandwich. Also, the basement was drying out. Also, there were mountains of laundry. 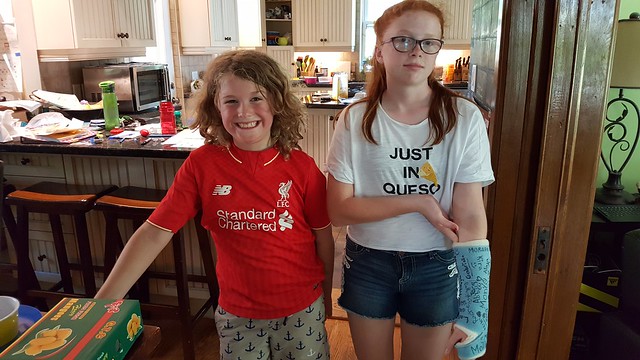 In other news, the kid pictured above got her cast off. (Wrist broken in a soccer game.) But she can’t play for another couple of weeks. She is not loving her role as bench-warmer. 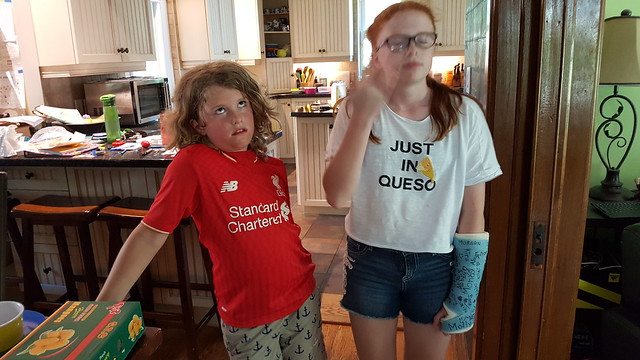 In other other news, I’m working on a potentially BIG project. So is Kevin! (Different projects.) I will share news when/if these projects get off the ground. I feel energized. It’s Marg. Her example was powerful, and I’m lucky to have known her — a woman who used her skills and talents and personality and time here on earth to take charge, take a stand, stand up, speak out, clear and grounded in her intentions and values. Sometimes this means walking toward conflict, rather than away. Difficult decisions, taking responsibility — this is tough stuff for those of us trained to be nice and likeable. I think we need to stop fearing conflict, fearing push-back. Our power is within us, people. I feel it when I run in the mornings. I feel it when I write. I feel it when I reach out to my community. I know what I love, I know what I believe in. I know that the world will always be troubled, there will always be weariness, grief, injustice, greed, unchecked self-interest. I can’t fix that. What I can do is respond to opportunities to be otherwise, to be the change. I remember that I started coaching soccer because I noticed no moms were coaching, and I thought that was weird and a bit sad. Why did the dads get to have all the fun? Then it occurred to me — why was I complaining about it? I could just volunteer and coach! It’s pretty simple, really. If you see something that bothers you, ask yourself: can I change this? If not, can I respond in some other proactive way?

Respond with love, not fear, at every opportunity. That’s the key.

Bystander
What is a fire? How does it burn?