Way too long and all I’ve got 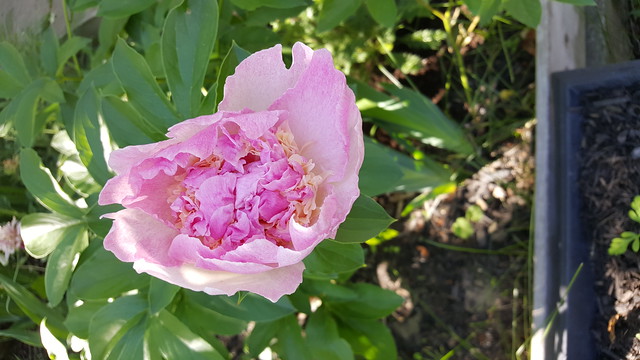 Everything is political. But I don’t think of myself as a political writer. Ideology is deadly to good writing, in my opinion and experience. As a writer, I value the ability to see many sides and perspectives. But now? Now? Is what I value as a writer valuable now?

My life is very pleasant. I live in Canada, which remains a safe country, especially for people like me, born with white skin of European background. I’ve received a solid education. I’m a home owner. My family and I have access to good health care. The public schools in our neighbourhood are awesome. My kids walk to and from their schools every day in relative safety (distracted/aggressive drivers being the main threat I fear). I have work that satisfies my spirit (often), leisure time to play in the back yard with my kids and ride my bike around the city, and time to volunteer many hours a week in order to satisfy my spirit even more. We drink clean water that comes from our taps. I have a washing machine in the basement. We eat really good food, most of it prepared at home. I share household chores with my husband, who has a flexible job that allows him to spend lots of time with our children, too. He supports my work, much of which doesn’t earn much money, recognizing it as a vocation.

I am living in privilege, a fortunate life. But at what cost? What does my security cost, what does my prosperity cost?

I live my life inside a bubble. I want everyone on earth to get to live inside a bubble of safety and security and prosperity and freedom. But that is not what is happening, nor does it seem to be the direction in which the world, and the balance of power, is turning. The leader of the United States, aka “the leader of the free world,” has little interest in freedom, aside from his own to increase his personal wealth and power by any means available. Trump is a president for oligarchs and oligarchs aren’t interested in democracy, because democratic states and institutions can’t pay bribes (or not very easily).

Take a moment to consider the chaos and terror these specific asylum seekers are fleeing. You may know that I have a personal connection to Nicaragua, which, though a dangerous country during the post-revolutionary 1980s, has for many years been considered safe, despite its extreme poverty. Neighbouring countries, including Honduras and El Salvador are wracked by gang violence and lawlessness, but Nicaragua seemed largely immune to these issues. No more. In the past two months, Nicaragua has slipped toward violence and repression, too; perhaps it’s been a long-time coming given that Daniel Ortega, the president during the 1980s, returned to power in the 2000s and changed the constitution to ensure he’d never have to leave. During his time in office, he’s amassed a personal fortune, never a good sign. Corruption inevitably leads to instability. And those who cling to their power illegitimately understand instinctively that their survival depends on repression, at all costs. So when protests began in April, the government cracked down. Hard. (This is the situation as I understand it, gleaned from the articles and reports I’ve read, although there could be other actors involved and the issues far more tangled and complex.) For those whose daily lives are caught up in the nightmare of random violence, it doesn’t really matter who’s to blame. Nicaragua, right now, is a scary place to be — random shootings by police and paramilitary groups, protestors arrested without due process, extra-judicial killings, a journalist shot while live-streaming a report, neighbourhood blockades, arson, fear all around.

How easily the world tips into chaos.

And people flee chaos, when they can. They leave their lives behind, maybe in hope, definitely out of desperation. These are asylum seekers, refugees.

How easily social norms are broken, replaced by new norms. We can get used to anything, we humans. There are people right now, hired to process and separate children from parents on the southern border of the United States. These people are doing a job. Somehow, they’ve told themselves that what they’re doing is normal and acceptable, perhaps even desirable, perhaps even the right thing to do.

Human beings throughout history have done this — normalized evil acts, told themselves they were doing the right thing, dehumanized the people they traumatized, abused, even killed. In Canada, somehow many people found it acceptable to separate First Nations children from their parents, to house them far away from home in residential schools, to punish them for speaking their language, to make this traumatic cruelty the law. And doesn’t it continue, in some form or another, even now?

All of this. Too much.

What world do I live in? I’m in a bubble.

But as witness to what’s happening outside of my bubble, my hands are not clean. The tools for our manipulation grow ever more powerful and many find it difficult to know what to believe or who to trust. The further our trust erodes, in our communities and leaders, the easier we are to manipulate. How to stay wise and informed in this era? How to express outrage, how to dig in my heels and refuse to accept what’s happening? How to be a useful bystander? Or not a bystander at all? How to be brave? How to make the world safer, kinder, more open?

Does the arc of the moral universe bend toward justice?

What about the arc of my own tiny slice of history — does it bend toward justice? Forward and back, forward and back, we progress, we slip, we progress, we slip. Our life spans are brief and our memories flawed. We are distractible, confused, contradictory. We react. We comfort ourselves with lies and half-truths. We embrace denial. We focus on what’s before us. We cling to what we’ve got. The road to hell is paved with good intentions — that’s true too. Even when we’re trying to help, we get so much wrong.