“Will we always be students of ourselves?” 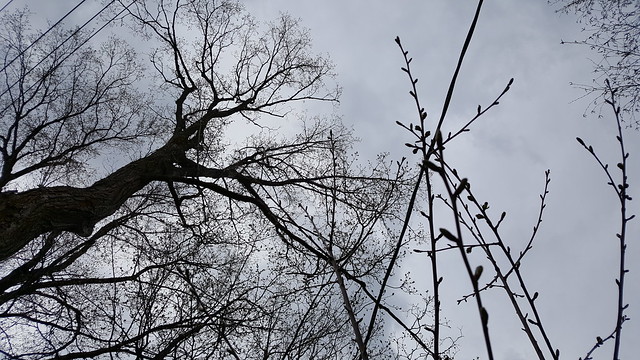 “I write in order to forget scorn, in order not to forget, in order not to hate, from hate, from love, from memory, and so as not to die. Writing is a luxury or, with luck, a rainbow of colours. It is my lifesaver when the water of the river or the sea tries to drag me under. When you want to die you fall in love with yourself, you look for something touching that will save you. …

“Writing is having a sprite within reach, something we can turn into a demon or a monster, but also something that will give us unexpected happiness or the wish to die. …

“The world is not magical. We make it magical all of a sudden inside us, and nobody finds out until many years later. But I did not hope to be known: that seemed the most horrible thing in the world to me. I will never know what I was hoping for. … What matters is what we write: that is what we are, not some puppet made up by those who talk and enclose us in a prison so different from our dreams. Will we always be students of ourselves?”

-Silvina Ocampo, Buenos Aires, 1987 (from the introduction to Thus Were Their Faces)

“Dante begins the Divine Comedy — which is both a poem and a record of the composition of that poem — with an account of finding himself in a dark, tangled wood, at night, having lost his way, after which the sun starts to rise. Virginia Woolf said that writing a novel is like walking through a dark room, holding a lantern which lights up what is already in the room anyway. Margaret Laurence and others have said that it is like Jacob wrestling with his angel in the night — an act in which wounding, naming, and blessing all take place at once.

“Obstruction, obscurity, emptiness, disorientation, twilight, blackout, often combined with a struggle or path or journey — an inability to see one’s way forward, but a feeling that there was a way forward, and that the act of going forward would eventually bring about the conditions for vision — these were the common elements in many descriptions of the process of writing. …

“Possibly, then, writing has to do with darkness, and a desire or perhaps a compulsion to enter it, and, with luck, to illuminate it, and to bring something back out to the light.”

-Margaret Atwood, 2002 (from the introduction to Negotiating with the Dead)

“If playing isn’t happiness or fun, if it is something which may lead to those things or to something else entirely, not being able to play is misery. No one stopped me from playing when I was alone, but there were times when I wasn’t able to, though I wanted to — there were times when nothing played back. Writers call it “writer’s block.” For kids there are other names for that feeling, though kids don’t usually know them.

“Fairy tales and myths are often about this very thing. They begin sometimes with this very situation: a dead kingdom. Its residents all turned to stone. It’s a good way to say it, that something alive is gone. …

“Monsters and dangerous tasks seem to be part of it. Courage and terror and failure or what seems like failure, and then hopelessness and the approach of death convincingly. The happy ending is hardly important, though we may be glad it’s there. The real joy is knowing that if you felt the trouble in the story, your kingdom isn’t dead.”

“When I think about writing, about going into a story, it is like I am travelling inside another world, as vivid and real as this world, and I am picking up clues, I am examining every detail up close or swooping high to see what the land looks like from above. I kneel and put my hands into the dirt and it is as if my hands are covered in earth. I am there and I am not here, so much, which is hard on those who wish me to remain here.

“When I think about going into a story, sometimes I feel like I am in a river and it is pulling me along, drawing me within its current. This is a state without fear, only wonder. I see shapes in the dark forest on either side, and the mystery is not where I’m going, the mystery is within the thick forest that surrounds me, impenetrable and beautiful, and it is my job to describe what I am seeing, even if I don’t fully understand it.”