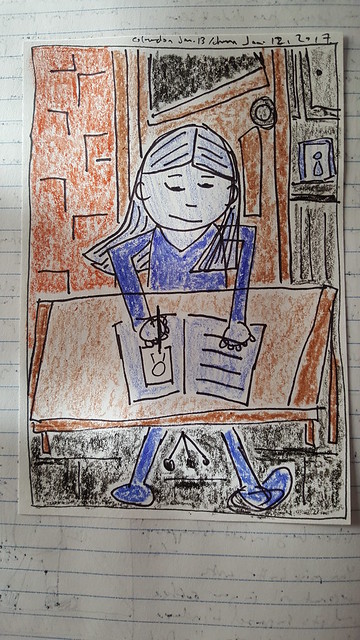 I don’t know if this is a good state in which to begin a blog post, while sobbing over today’s newspaper, but I’ve been silent because I don’t know where to begin, not because I have nothing to say, so I will begin here.

This post is also written in response to the outpouring of peaceful protest that began the day after Trump’s inauguration, less than two weeks ago, and continues today. I was fortunate enough to march in Toronto, in the women’s march, and although I was glad to share the moment with my sister, sister-in-law, and friends, I felt mostly sombre: I thought, this is just the start. 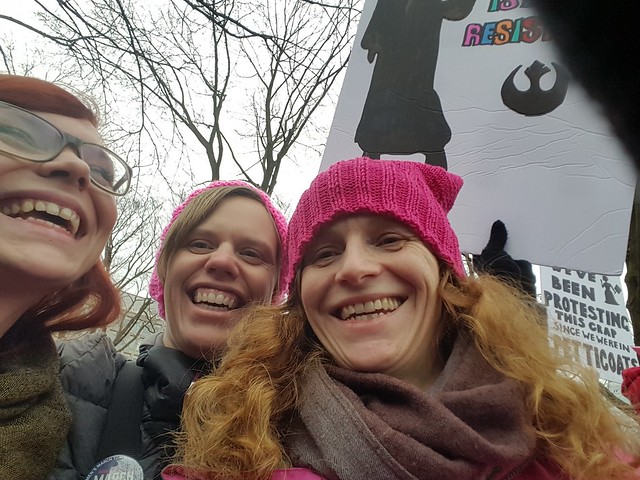 This morning, as soon as the house was emptied of kids, I began to weep, reading the stories of the men who were killed in Quebec City. Ordinary people who lived ordinary Canadian lives, and who believed in ordinary Canadian peace. The attack feels like a betrayal of Canada’s promise. We want to welcome refugees and immigrants. But bigots live here too, violence lives here too.

I am part of a neighbourhood group who has sponsored a refugee family from Syria; they arrived in December. I am fortunate enough to be quite closely involved in their lives here in Canada, helping with ESL, and also, I hope, offering my friendship. They are a beautiful young family, and their project is so enormous — moving to our cold country in winter, speaking no English, two small children, knowing no one — it sometimes overwhelms me to think about it. Yet they appear completely willing to embrace their new reality. I want them to thrive here.

I want Canada to be the promised land, where people thrive. But it isn’t always, is it.

Think about this land. The literal land over which I’m walking. There were people living on this land long before my ancestors (or a branch of my ancestors) settled here as farmers. These people were betrayed by the newcomers, by us, by Canada; not only was the land parcelled up and sold, but for almost a hundred years, residential schools tried to eradicate their cultures, to white-wash and convert and also to outright destroy, a history I learned nothing about in my Canadian education, a history running parallel to the stories we learned, obscured, buried. And this history isn’t past, it continues to inflect our present. When we invite newcomers to Canada, we can’t pretend this isn’t, also, our story: bigotry, violence, destruction, greed.

This might sound small, but I’ll tell you what guts me — the thought that my new friend, new to Canada, could be harassed for wearing her headscarf. I know this could happen — I know this does happen. It happens because of Othering.

Trump’s executive orders are Othering a huge swath of humanity: refugees, Mexicans, Muslims. Be afraid of these people, he is saying, they are not like us.

But they are. They are just like us. They are human. We are all human.

If we forget that, if we erase that, if we ignore that, we are doomed to division, to fear, to hatred, to war.

I am looking for hope. Hope seems to me something that you do, and by doing make real. So I’m looking for hope by spending a few mornings a week with a woman who was uprooted from her home by war, by designing and sharing curriculum that may inspire others to create, by coaching youth soccer, by walking and talking with friends, by getting up early to write, by marching, by making music, by meditating, by praying.

I keep looking for more ways to hope. Tell me yours, please.

Today, this is what I have to offer
Artist's statement