I am not brave 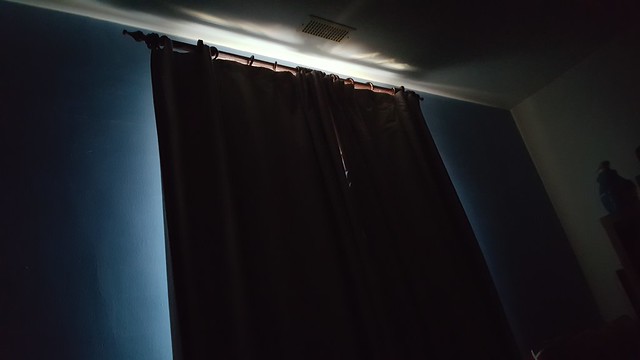 I am not brave.

All around me, on every side, I see people taking a stand, even against storms of anger and doubt, willing to throw themselves into the fray, defending their beliefs, being harassed and called out and challenged. I see people whose belief is powerful enough to carry them through the storm, they can ride their belief like a winged creature. What would it feel like to believe in something, in anything, with such conviction? I am not brave. I do not have the courage of my convictions. I am ashamed. I stand on nothing, I have no inner core of righteousness, no ballast in the storm, I seem to be blank where I should have rage, faith, outrage, certainty. I have no certainty.

My parents divorced when I was an adult. This was harder than it may have seemed, because as an adult, shouldn’t I have been capable of forming opinions and being strong and rational? I was not capable. I remember pacing in my kitchen, trying to make a very specific decision, and knowing that any decision I made would hurt someone I loved, even the decision to make no decision. Any decision or non-decision, any action or non-action, would be interpreted as taking a side, declaring allegiance, and all I wanted to do was to love both of my parents for who they were, separately, without causing harm to the other. All I wanted to do was to give them both the benefit of the doubt, which is an odd phrase now that I write it out. Pacing in my kitchen, I recognized that whatever I did or did not do, whatever I said or did not say, I could not repair what was broken; I was insignificant, that was part of it, but also, a broken thing could not be put right by the single perfect action of a third party. The realization released me, to some degree. There was no right decision. There was only doing what one must and living with the consequences.

This happened almost a decade ago; but the same paralysis strikes me now whenever I step in between two differing points of view, whenever I become involved in conflict. How can I fix this, how can I help?, quickly turns to, how can I hide myself away from this?

Do no harm. How I long to live by this mantra, no matter how impossible.

Yet I think, I do, that brave people have to be willing to disturb, to trouble, to shake the trees and shout from hills. And maybe this causes harm. Certainly it causes disruption and conflict and pain. It has to, because what else brings about change?

I am sorry. Forgive me. I am not brave.

Sequencing exercise # 2: In kundalini class
When did I get old?