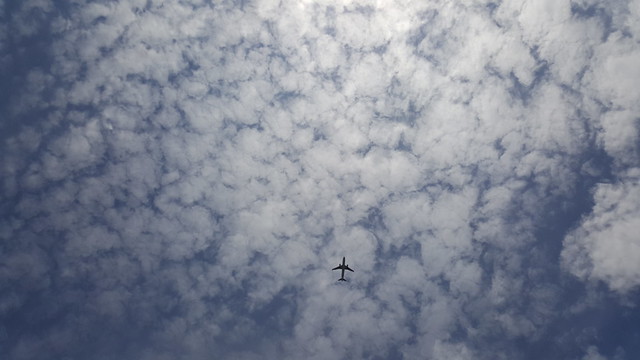 A funny thing happened yesterday morning. I started reading old blog posts, from 2009/2010, and F and CJ sat down and read along with me. They loved the photos, but they also loved the snippets of dialogue and descriptions of our daily life — adventures in which they played starring roles as 1 and 4 years olds. We were in stitches laughing and remembering. I mean, I’d almost forgotten about our “cooking with kids” experiment, and how we would hold family meetings using a “talking crayon.”

I’d forgotten, too, how openly I wrote about my own writing struggles. This was a quiet and difficult time in my writing career. I was three years away from publishing The Juliet Stories, and five years from having published Hair Hat, at the time, my only book. Yet I shared when I finished a new draft of a manuscript — even though the manuscript would ultimately be sent back to the drawing board by my kind agent. I shared when I felt aimless and unsure. I shared the small joys, too. I didn’t seem afraid to let others see me fail.

Why haven’t I shared my ups and downs since publishing Girl Runner? Why hold my cards so close to my chest? I would like to be as brave as my former self. I would like to tell you when I’m excited about a new manuscript, even though it may never be published.

I am excited about a new manuscript, even though it may never be published. It sprung from out of an abandoned idea, and tapped me on the shoulder, and I worked on it in a torrent of concentrated obsession for the past number of months, in locations that seem woven right into the book, in my mind: beside several different soccer fields, sitting in my little white car, or the camping chair I keep in the trunk, or at a windblown picnic table, and in a cool calm classroom in New York State that allowed me to find an ending. I wrote some of the book by hand. I drew cartoons of the main characters. I drew sequences and storyboarded scenes. It was fun. It was super-fun. 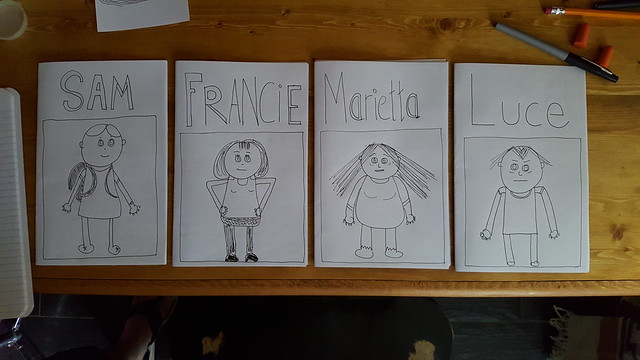 And I want to share that with you, whether or not the manuscript is ultimately destined to be published. Because it’s part of the story.

Now to go walk the dogs around the block with my Fooey and CJ, who have grown to the enormous ages of 11 and 8. Wow. I love that I can learn from my former self. I love that my kids have this virtual scrapbook to flip through, if and when they’re interested. And I’m glad, glad, glad it’s still summer.

PS Home again. CJ led us in an around-the block heptathlon. He got gold, Fooey got silver, Suzi took bronze. DJ didn’t appear to have Olympic ambitions, and I blame my sandals for my poor showing. That, and the late-afternoon inertia. We were having a grand old time right up until CJ stepped in dog poo (not ours) on the sidewalk, which Fooey found disproportionately amusing, which in turn put CJ into an even worse mood. “This is just a bad day,” he said, although he did take my hand as I tried to cheer him up, to no avail. By the time we reached our back yard, he was so mad that he took off his hat and kicked it into a small tree. The hat-kicking had a salubrious effect on his system. He and Fooey are friends again, and they are playing at the dining-room table with a craft kit dug up from heaven-knows-where that can be used to make miniature cakes and pastries, and probably, also, a major mess. What is this stuff? “It smells terrible,” says CJ. “Don’t worry,” says Fooey. “We’re using it all up.”

The Back Yard Olympics
Reason to run