The mystery of it 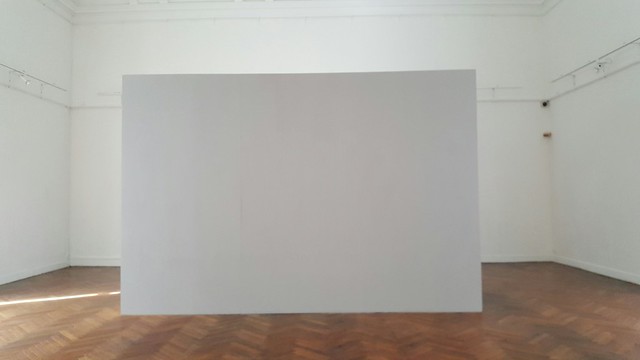 I haven’t taken many photos at the museum, where I’m spending my mornings. I mean to, and then get caught up in the work and forget everything else. I’ve been commissioned to write a completely open-ended piece that will be performed in the museum a week from Sunday (by an actress, not by me).

Here is my morning routine: I walk to the museum, enter at a back door that is unlocked and propped slightly open, climb a wonky circular staircase, which I swear is going to fall off the wall any minute, and ring the bell outside an industrial metal door on the second floor. Eventually someone comes to let me in, although I usually have to knock for awhile too, and one day had to wander around the grounds until the museum director happened by. Behind the door is a large room with big windows, big tables, shelves of books, filing cabinets, several desks, mysterious bubble-wrapped items, and a workspace where today a man was framing photographs: new prints made from old film (or would it be plates?), photographs originally taken in the late 1800s. These will be part of the exhibit too, which focuses on portraiture.

I follow the director down a hallway where he unlocks another door, this time to a small storeroom that has become very familiar. Here, I sit on a step-stool and write, while looking at paintings, photographs, etchings, sketches—whatever the director brings and props before me. His gentle delight when he offers me a new portrait has become familiar too. It is an astonishing and simple way to spend several hours. I sit, I study, I look, I think, I lean closer and examine, I wonder, I write. Out of this, I hope to make something new and original.

Today, I walked through several empty rooms in the museum below, where the director has taped paper print-outs of paintings on the white walls to indicate where the real paintings will be hung. The exhibit is due to open a week from Saturday. On one wall, I saw a print-out of the portrait, above. As we stood in the empty room, the director gestured toward the woman and said, “It is you!” I have not seen the painting in person, only in the catalogue. I have not studied her face up close, nor sat with her in the storeroom. I hope there will be time before the exhibit officially opens to stand in front of her and wonder about who she was.

After I left the museum, and walked to the boulangerie to buy half a baguette for lunch, and to the fromagerie to buy some very soft cheese to eat with the baguette, I came back to my apartment and looked up an old photo I remembered taking during my 365-project (when I took a self-portrait every day for a year): our expressions are so similar, it is uncanny. What do you think? 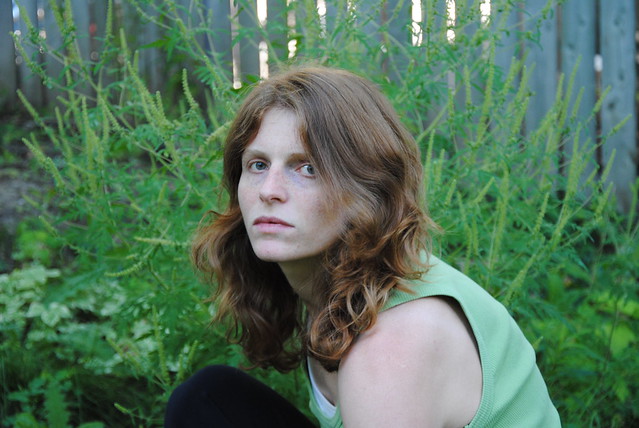 I surrender to the mystery.

Songs I have heard in strange places in France
Inertia Sunday