Do you know what I’ve done for the last hour? 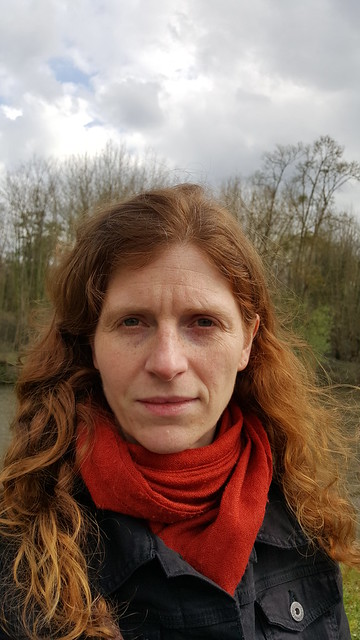 I tell you, spend a little time on your own and you start to develop a picture of yourself that is not that flattering. Do you know what I’ve done for the last hour? I’ve eaten a chocolate croissant, watched a bunch of HIGH-larious and/or weep-inducing videos on FB, and drunk a small glass of white wine (Reisling, from the Alsace region, purchased for less than $6 at a nearby supermarket). To tell the truth, I’m feeling pretty happy. I’m wearing my new sweater, which I purchased earlier this evening in a small boutique up the street, because I didn’t bring sweaters and it turns out that spring in France is chilly, like spring everywhere, really, except back home in Canada where apparently spring is winter, and there’s literally a foot of snow on the ground.

If I were to live alone …

Well, first of all, I would start talking to myself. Out loud. Loudly. Everywhere. With dramatic emphasis and an occasionally nagging tone, and a lot of swearing. In the second person. As in “you.” That sweater is totally you, I mean, it’s practical and it’s warm and it’s a nice colour, plus you got it for a deal. Nicely done, Carrie!

Oh, and the conversation would be banal. Even the swearing would be banal, as it would refer to the tiny irritations that come from doing every day tasks alone, like opening bottles of wine with cheap corkscrews. I worked my way in, but by God, it was touch and go for a few minutes. 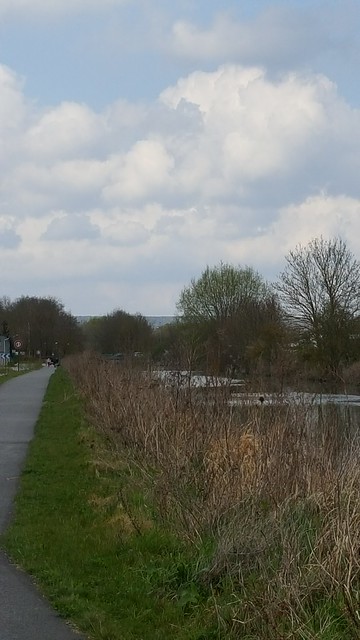 Have I mentioned I’m in a new town, where I’m staying in a small flat? Louviers is about an hour and a half south of Dieppe. I arrived here on Sunday. I’ll be here for most of the next two weeks. I assumed I would want to write all the time. But I spent this morning writing at the museum and was completely spent by lunchtime—emptied out, emptied of words, emptied of the desire to process ideas. So this afternoon, I went for a long walk. There is a beautiful walking path beside the river, paved, and it goes for miles and miles between all the little towns in this region. I thought I would use the walk to think about things, but instead I just walked, as one does, and watched the families on bicycles and roller blades and scooters, and saw some swans and ducks, and a lot of dog turds. You really have to watch out for dog turds (I told myself, as I walked along).

The other thing I’ve taken to doing is hanging around outside the tourist office, which is fortuitously nearby. The wifi in my flat can’t be coaxed into working with my phone, so if I want to text or upload photos, I simply stand outside the tourist office and borrow their free wifi. I do feel like a bit of deviant or thief as I nonchalantly lean on the bricks between the windows, hunched over the screen of my phone, but I’m like a junkie for the wifi; I can’t get enough. I guess I could go inside, but there really isn’t anywhere to sit: it’s just a woman behind a desk with a shelf of brochures, and I’ve already taken several maps. I think the woman behind the desk is beginning to wonder about me. Tonight, after purchasing the sweater and the chocolate croissant, I stood outside the tourist office and texted Kevin while watching three young men fish in the river, a few metres away. I stayed for awhile, missing home, enjoying the happily timed back and forth conversation with my husband. 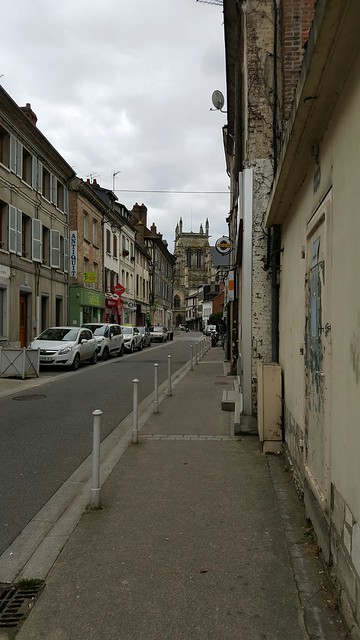 r what this town will look like to me when I’ve been here for two weeks. Already its winding narrow streets are beginning to map themselves in my mind.

There is a hookah bar directly across the street from my flat. Also a Turkish kebab shop—two, in fact—a pizzeria, and a “Flanders-style” bar. When it starts to get dark, I close the shutters. Closing the shutters involves opening the windows, which look like huge doors and are level with the street. When they’re open, I could high-five strangers walking by on the sidewalk, not that I’ve tried. Then I unfold the shutters, pull them in, and close the latch, and shut the windows, and sit in my suddenly dark flat and see myself for who I really am.

Reading in Envermeu: found in translation
Songs I have heard in strange places in France