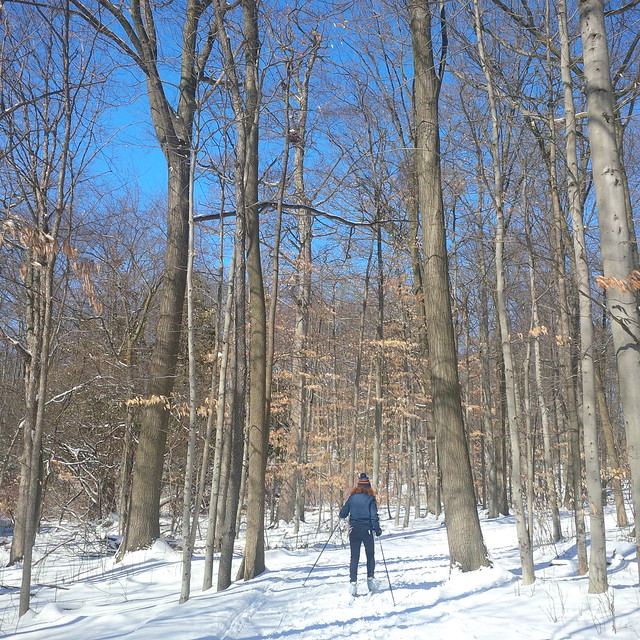 Yesterday, we gave the kids a snow day. This was not my idea, but Kevin was very keen on it, so I agreed somewhat begrudgingly as it meant sacrificing a quiet day at home in my office, alone. Quite a lot of snow had fallen overnight, but it was crisp, clear, and beautiful, as you can see from the photo above. In the morning, Kevin took the kids sledding; some safety boundaries were pushed to great hilarity, apparently (good thing I hadn’t gone along!). In the afternoon, AppleApple and I went cross-country skiing. We still had all of our regular after-school activities: piano lessons, soccer practice, and a soccer game. It was awfully late when we gathered together again for supper. The boys had been home alone, playing dominoes, waiting to eat until we’d all arrived. Well after 7PM, we sat down to a very popular meal of soft tacos. I could sense the difference the unofficial snow day had made for everyone. We were so relaxed, and especially kind to each other. We sat for ages after we’d finished eating, talking and laughing; everyone. 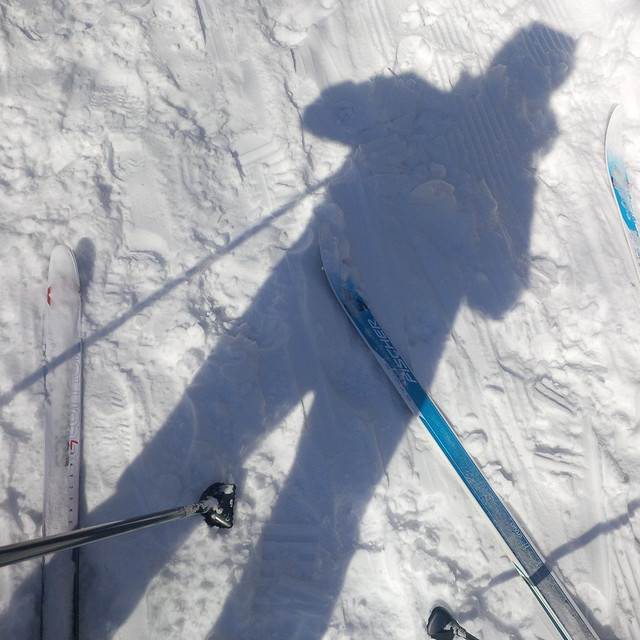 It’s a luxury to take a holiday in the middle of the week. Kevin and I are both very fortunate to have jobs that allow us this level of flexibility, and yesterday was a reminder to take advantage of that freedom from time to time.

Today, my office is quiet. The dogs are sprawled out napping near my feet. I’ve set the timer for fifteen minutes.

I have some news. I’m going to France in April. (!!!) I’ll be away nearly three weeks, attending events at an arts festival in Normandy, and promoting the publication of the French translation of Girl Runner (or, Invisible Sous la Lumiere, as it is being called). I’ve been commissioned to write a short piece as part of the arts festival, and will be given an artist’s residency at a museum for about ten days. I’ve been dreaming of a writing retreat for a long time … just never imagined it would happen in France!

One sad thing about the trip is that I’ll be missing the performance of AppleApple’s adaptation of Macbeth. Of course, in 18 days, I’ll be missing much more than that. I think I’m missing everyone and everything in advance right now. Premature homesickness. Adventures are so much harder to throw yourself into when you’re leaving behind children.

Two readings coming up this weekend. I’ll be in Hamilton on Sunday evening at an event called Lit Live, and in Toronto on Monday evening at the Rowers Reading series. Check my upcoming events page for more info.

Ding-ding-ding! That’s my time. Tomorrow I’ll try to remember to tell you about turmeric tea, the laundromat, and swimming.

Play to learn
That kind of space