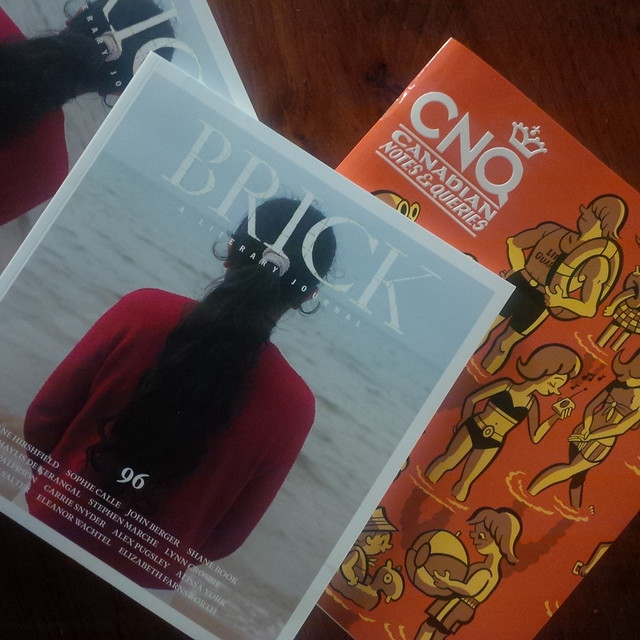 What are you working on now?

It’s a question I’m asked often. My vague answer — and it’s totally truthful — is that I’m too superstitious to say. I’ll tell you when something’s done, for real. There are too many lost and abandoned ideas and manuscripts along the path to publication; yes, even as a published author, yes, even now. I prefer to mourn these passings alone, and get on with the work. It’s part of the job. Believe in what you’re making while you’re making it, but never be precious about it when you’re finished: this attitude has served me well over the years. I’m not sentimental about the process. It does mean it looks like I’ve failed more than I’ve succeeded — all those dead manuscripts in my attic. Whenever I explain this process to a class of students, they collectively make the “poor you” sound: awww. It’s funny. I think they think I’m being confessional. Pity is the universal response to hearing about failure, but it’s a response that misses the point, which is that creativity is driven by trial and error. Listen up: This is how publishable books get written! Only rarely do we get it right the first time; virtually never; okay, actually never! The point is: do the work, don’t sweat the result, because you are doing the work, it’s a process of discovery, enjoy it, wrestle with your ideas, let go, reassess, press onward, learn learn learn, this is the thing.

But wait! This was supposed to be a post about new work!

I’m pleased to tell you that two new stories have entered the world, published in two Canadian literary magazines. I’ve got an essay in CNQ: Canadian Notes & Queries, about re-reading Muriel Spark’s The Prime of Miss Jean Brodie; and I’ve got a story in Brick magazine called “Why Give Yourself Away?” The former is transparently non-fiction, an essay; but the latter is an oddity that I’m defining as fiction, perhaps for my own sanity. Read it and judge for yourself. (CNQ publishes a few essays from each issue online, but mine doesn’t happen to be one of them, and Brick doesn’t publish its stories online, so you’ll have to get your hands on print copies; the links above will lead you to sources for purchase.)

The first piece in this issue of Brick is an interview with a French artist, Sophie Calle, by Eleanor Wachtel. If you’re interested in what compels artists to create, it makes for compulsive reading; Calle sees the world in such a head-spinningly different way, and she’s gotten so much done just by doing it. Inspiring.