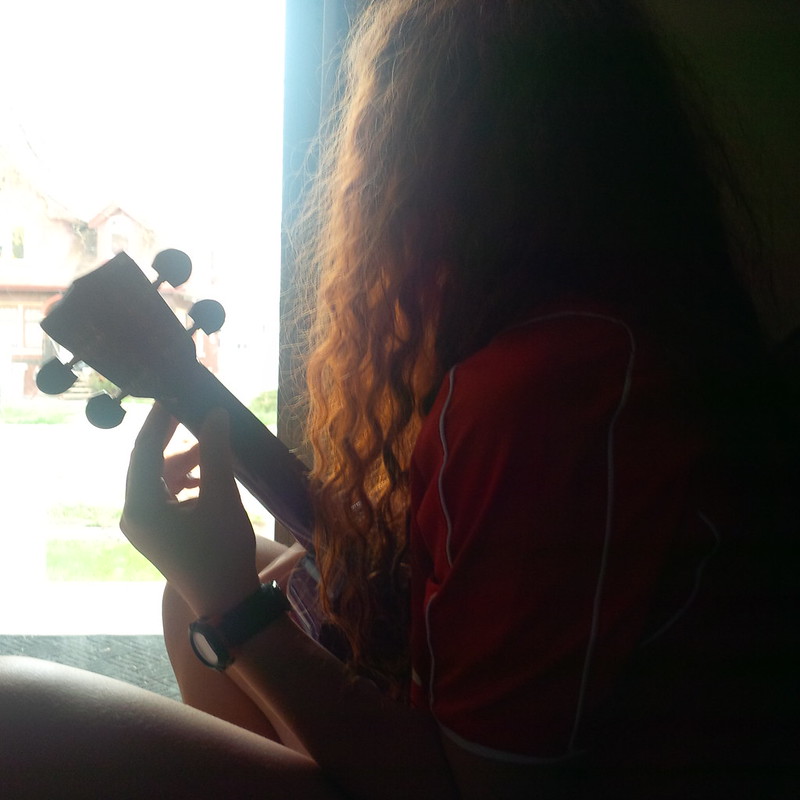 Waiting for the school bus.

Funny postscript to my last post on my forgetful daughter. Yesterday, the school bus arrived, she said goodbye, I watched her walk across the street and board the bus. A couple of minutes later, the front door slammed open and she rushed into the house. “What’s happening?!” we said. “No time to talk! I just forgot a few things!” “And the bus driver BROUGHT YOU BACK?” “Yes!” Rush, rush, slam.

I ran to the door to see what she’d forgotten — backpack, lunch? Nope.

And the bus driver brought her back. Now that’s a special bus driver.

Here are a few other things we do in the morning, before leaving for school (with apologies for lousy cellphone photos). 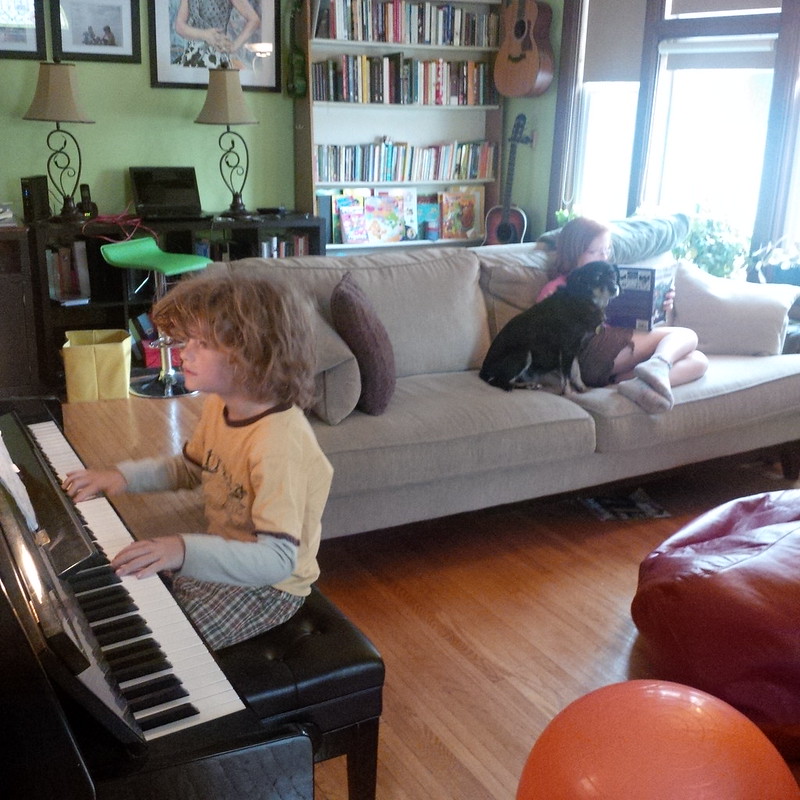 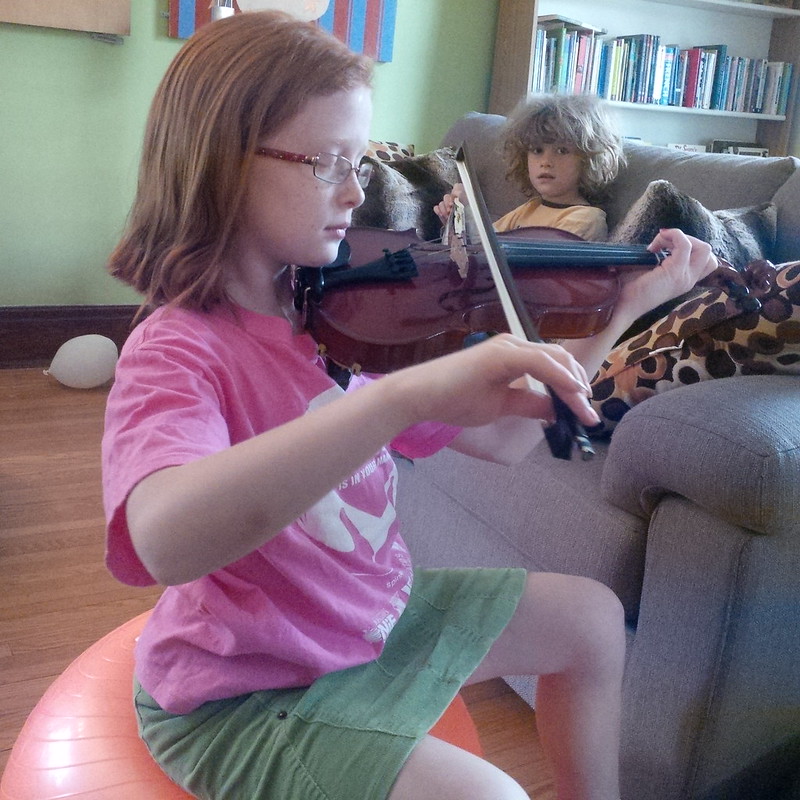 I really enjoy our mornings. Kevin and I both get up before the kids. I run or go to an exercise class. He runs the dogs and does yoga and strength exercises in our living-room. He makes a giant smoothie for the kids’ breakfast (yogurt, kefir, almond milk, bananas, frozen fruit). Various people take showers. Dishwasher is emptied (by the kids; this is a new routine). Big kids pack their own lunches. Kev packs his lunch, plus lunches for the younger two (I think they could manage it on their own, but if he’s willing to do it …). What else? First load of laundry goes in the washer. Musical instruments get practiced. Forms get signed. Dogs get fed. Weather gets checked. Music is played.

It’s a sweet start, and worth the early hour, says the woman who remembers being a night owl, once upon a time.

Remember your shoes
Real-time snapshot of me at work, right now