Birthday boy (aka my baby) 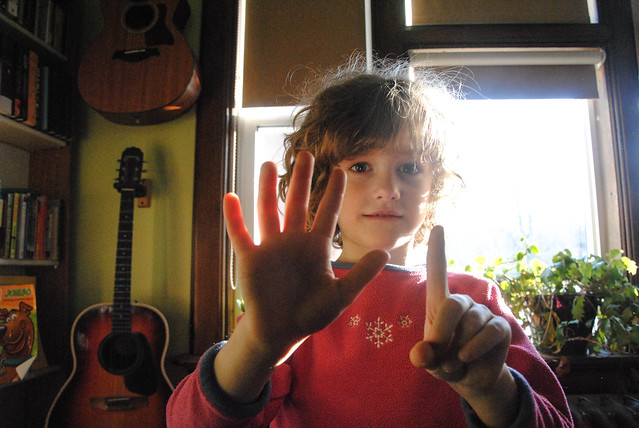 A big day here at our house: the baby of our family is seven years old! He requested a “soccer party,” so we’ve accommodated with indoor field time and friends invited this evening. It was one of his few requests. Last week, he tried to compile a birthday wish list. He carefully numbered a lined piece of paper with 1. 2. 3. 4. and so on all the way to about 20., then started to fill in the blanks. Sometime thereafter I discovered him moaning and groaning in the kitchen, staring at his wish list, stabbing at it with a pencil, tearing his hair out. “What’s happening here?” I asked. “I can’t think of anything else that I want!” he cried. He had written down one item at the top of the list. Soccer stickers. “Don’t worry about it,” I suggested. So he didn’t. And this morning he opened his very few, very modest, almost exclusively soccer-related gifts this morning (including stickers), and he appeared to be thrilled. 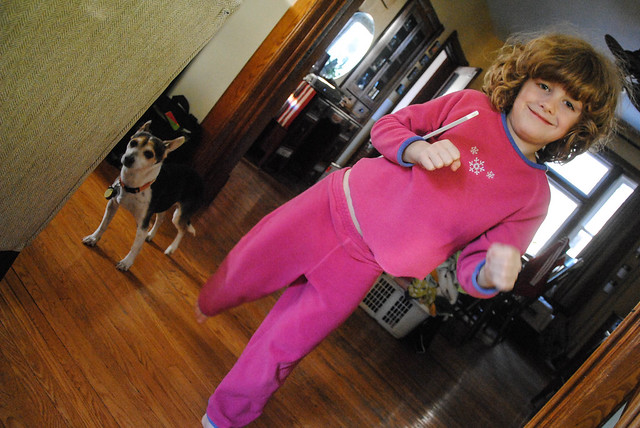 Also on birthday eve: CJ inexplicably poses with mini-stick and Suzi-dog, while balancing on one leg.

We’ve been reminiscing about the morning of his birth. He was born at home, but only Kevin and I were here. The other kids were away overnight with Grandma Linda and Grandma Alice. We called them to share the news. They had three questions: boy or girl? name? and does he have red hair? We said, yes, he has red hair. Ha! We continued to look for evidence of red hair for the next several months, until we finally realized that no, this one was different. 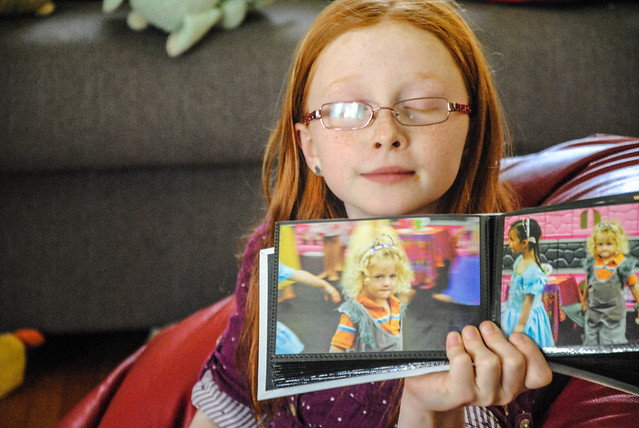 Fooey looks through photo albums: these were taken that summer when she and CJ went to dance camp together, and CJ was the only boy.

They are who they are. And he really is who he is. Wonderfully so. 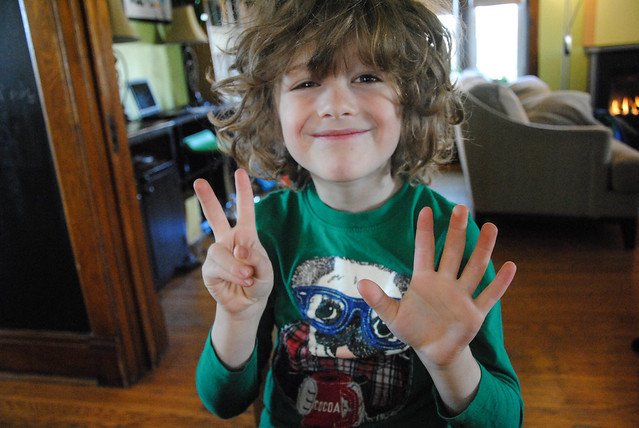 We all love him, just as he is. Seven years old. Isn’t that a great age!

PS He’s going to let me cut his hair on May 3rd. Why May 3rd, you may ask? Because, he will tell you, his outdoor soccer season starts on May 4th.