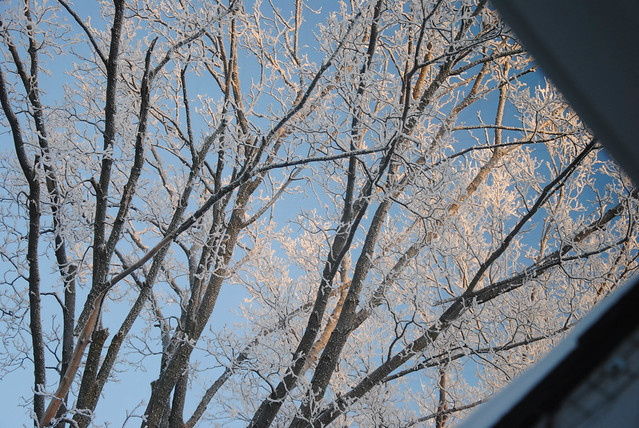 I keep track of my book-reading life in a separate section of this blog (under Extras), but as this is the year of WRITE, I’d like to highlight the connection between writing and reading by sharing some of my book-related reflections here, too. Because really, it can’t be a year of WRITE if it’s not also a year of READ. (And if you ever want advice from me on how to be a writer, here’s the only decent answer I’ve got: PRACTICE your writing like you’d practice the piano; and READ all the time, everything you can get your hands on, especially but not exclusively in the styles and forms you admire.)

So. Reading life. Below are three books I’ve read recently. But first I want to tell you about the newspaper article I read this morning in the Globe & Mail, an interview with two young women, both 13, both in grade 8 (and therefore the same age as my eldest, who is a boy). It’s the most clear-eyed, clear-headed perspective on sex education that I’ve ever come across. I love these young women! (Their parents must be pretty awesome too.) I’d like to have my older kids read this interview and then discuss it with them. Here’s a brief excerpt: What do you wish boys would understand? “Boys need to understand that women aren’t sex objects or lesser people. … Girls aren’t this whole other world. Boys and girls actually aren’t that different and they should be treated like they aren’t that different. Otherwise nothing is going to change.”

* Christmas gift from Kevin to me

I’ve become a Sarah Waters fan. This book seriously creeped me out, but I could not stop reading it. It’s set in Victorian England and it’s gritty and dirty and full of evil plots and human foulness, and lots of things I’m actually quite squeamish about, but I was completely taken in. Plot twists? By the dozen. Never saw ’em coming. Waters is phenomenally good at storytelling, and at capturing the intimate details of an historical time period. I’m taking mental notes as I read her. I wasn’t sure what the message at the core of the book was, exactly — it seemed emptier at its core than The Little Stranger — but I didn’t really care either. I just wanted to devour the book and piece everything together. When I have time, I will definitely be reading more of Sarah Waters. (Problem is, I couldn’t put the book down, and was up late on a few nights, turning pages….)

〉 Fair Play, by Tove Jansson, translated from the Finnish, with a foreword by Ali Smith

* bought on my Kobo

This book challenged me. I really wanted to love it, and found that I could only like it. It is a series of small stories about two characters, loosely (or perhaps not so loosely) based on Jansson and her partner, a woman who was an artist. I kept mixing up the main characters’ names; they didn’t seem that different from each other, and that was one of the problems I had with the book. The other problem was the structure of the stories, which at times seemed overly and overtly plotted, even while most ended with a severe abruptness that seemed indicative of an undeveloped thought. Yet, even while my writer brain critiqued the stories’ structure, I was nevertheless drawn into this slightly odd world being portrayed, of two artists and friends (the specifics of their relationship are never explained, but they do live together at times and often share a bed), who share their lives and their work with each other. I can’t imagine having such a close friendship with another artist, one who would criticize my work even while I’m making it; that’s a level of collaboration that I really can’t fathom. I can’t fathom knowing another woman quite this well, I suppose, too. It’s a bit strange, as I’m thinking about this now, that we totally normalize pairing up and sharing our lives and space with a sexual partner, but a platonic friendship with the same depth of understanding and time spent together seems strange (or it seems strange to me, anyway). The exception to the strangeness was that brief period in my life when I had roommates, and it seems connected specifically to youth, pre-marriage. There were so many things I liked about being that close to my friends — sharing food, social lives, plans, down-time, the daily small miseries and joys. I know there were downsides too, and irritations; Jansson depicts these well. This book made me long for closer friendships — closer than is possible in my current life, which revolves around raising kids.

〉 A Sense of Style: The Thinking Person’s Guide to Writing in the 21st Century, by Steven Pinker

* ordered on Amazon.ca as an impulse buy when purchasing photo albums for Christmas gifts

The opening chapters of the book are well-written and fascinating, and support my own style of writing, which he calls “classic prose.” I really loved seeing Pinker diagram and break down sentences to show why they work (or don’t), in terms of the basic structure. We can only hold a very limited amount of information in our short-term memories, so the order in which our brain receives new information matters in terms of the ease of making connections between parts. That’s why a poorly written sentence stops us up, makes us puzzle over the parts as we try to connect them in the sense the author has intended. And a well-written sentence simply skims by, clear and well-lit. In a sense, it explains to me why it’s easy to overlook excellent writing: because it’s easy to understand, a reader assumes it’s a) easy to write and/or b) simplistic. But in fact clear writing, or classic prose, a) takes great skill to write and can be used to b) effectively communicate complex ideas. Pinker gets bogged down in his final chapter, which put me to sleep night after night, in which he logically and rationally argues over points of grammar and usage. I found his arguments sensible, on the whole, until he started arguing for rather than against particular grammatical sticking points — then he sounded just like the grammar police he was railing against. Point being: grammar is not a science. Grammar is an agreed-upon set of rules that aid clear communication, and when not-agreed-upon, well, that’s where history and tradition butt up against popular usage. Unfortunately, I come away from the book without a clearer idea of how to teach students to punctuate their sentences “properly.” I simply could not wrap my head around Pinker’s “grammar trees,” in which he diagrammed sentences using different names to categorize the parts of the sentence than the names I’m familiar with. I don’t know if this is because I’m stupid about theory (which I am, in some ways), or whether grammar is just too complicated no matter how clear you try to make your explanation, especially when you’re getting down to the nitty-gritty bits. I couldn’t imagine trying to take Pinker’s trees to my students in an attempt to make common grammatical errors clearer to them.

Now, your turn. What are you reading?

PS A review of Girl Runner from the Daily Mail in the UK arrived in my inbox this morning. I’m too chicken to read it, but Kevin promises me it’s good. Apparently this is an accurate excerpt: “Original … moving … engrossing.” (Dunno what words came in between those, but I sure hope “not” wasn’t among them …)

What if I were to focus on accepting myself?
Ten minutes to write about a few small & lovely things