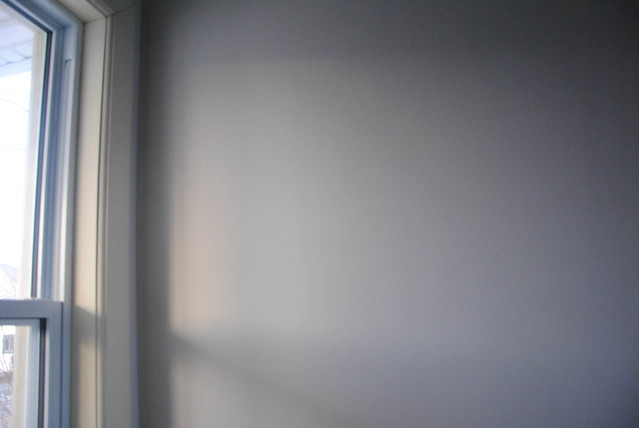 One poem, good morning. I start with my hands on the keyboard. But nothing comes. Because I am not a poet?

This morning my alarm sounded early, but I woke just before and lay in the dark waiting for it, anticipating. Floss and brush. Dress. And before that, upon rising, drink two glasses of cool water.

Nina meets me outside. We drive down the street, a bit of a chat, a bit of a change of routine as the front door is iced shut at the yoga studio, so we walk around the ugly squat building through the snow and enter at the back, boots off. We say “bye” at the door to the classroom and enter and are alone, not side by side. Waiting in warmth for class to start.

The instructor says the words moving meditation, and I hold them, calmly certain that this is what I am doing. She welcomes the new year, invites us to consider what we want to open ourselves to, and also what we want to leave behind. My mind shouts: nothing! in reply, and mentally I see my storerooms and spare rooms and shelves and cupboards overflowing, as if I’ve just embraced the hoarding lifestyle, a hoarder of words and actions and routine and time itself.

Sacred. That word came onto the radio while I was driving home from physio. Physio came after yoga, shower in between, waiting in a long line for young women to finish their radiant luxurious showers. “You were fast,” said the woman in line behind me, who was still waiting when I exited the shower. “I am fast,” I said stupidly, having not spoken all this time; but at home I am not fast and I thought self-righteous thoughts while towelling off and dressing, thoughts about choosing the right place to indulge in radiant luxurious showering.

And then needling at physio, muscles popping and grabbing and twitching. She said: I’m causing a small trauma to the muscle, which causes blood to flow there, and healing. There is an analogy in this, I thought, as I lay on my stomach under heating pads and tried not to let the tickle in my throat turn into a full-fledged coughing fit, the conversations winding around me from the beds adjacent; I hear and don’t hear, I listen and don’t listen, I rest and don’t rest. Think of trauma as a means to heal. Think that without trauma the healing would be slower or incomplete, might never happen, that it is trauma that incites the rapid-response, the shock that draws attention and alters everything. That is what I hope for, in my muscles: relief, but also healing. But I don’t want trauma in my life; none of us do; there must be an easier way to let go.

Sacred, sacred. On the radio, on the drive home, slow in snow and behind a city bus. The man on the radio says the choices you make with your body are private and they are sacred, how you feel when you are doing things with someone else, how someone else makes you feel when they are doing things with you, that is your sacred space and only you know what you want or need. The subject is parenting, and teaching your children and teens about sexual abuse, misogyny, gendered culture, and practical and philosophical responses to those things, to situations they may encounter; 78% of parents never talk to their children about abuse in sexual relationships.

Have I? Must I? Age appropriately, of course.

I pull into the driveway and make a mental note, I bend before the washing machine sorting a dark load, I measure lentils into a pot, I cook poached eggs for breakfast, I skim the opening pages of the newspaper, I set the timer and rest for 20 minutes by the fire with the dogs, and I make a mental note, a mental note, to invite my two eldest to a conversation about abuse in (sexual) relationships. Which they will hate and resist and roll their eyes, groaning, oh mom, we already know this stuff what’s wrong with you. I mentally note that I will start by saying: this is pre-emptive, and this is not what I anticipate for you in your current or future relationships, but here is the way the world can operate, and here is how you can respond. If you see injustice or cruelty or harm, step in—the example given on the radio was of Katherine Switzer running the Boston Marathon before women were allowed to, and the male organizer of the race trying to tackle her to remove her from the course, and Katherine’s football-playing boyfriend stepping between them, protecting her, running with her.

I would say to my children: make that be you, whether you’re male or female. Take responsibility. Care for someone in pain or who is being harmed or hurt or threatened, do not exploit anyone or use anyone.

Last night sitting at soccer, watching Angus play his heart out. Pride in my heart, therefore. I realized that I speak ill of children sometimes, in sports contexts. I judge some of the players harshly, I judge their efforts and skills, measure, compare. I am not talking about my own children, but other people’s children, and that is mean, it is meanness, it is shameful, it is wrong. I want to stop, now, immediately. I took out a pen and wrote this pledge into the tiny notebook I keep in my purse: stop now, this stops now.

There in the notebook, I discovered writing I’d forgotten about, characters I’d been thinking about earlier this fall, times and places I’d wanted to visit fictionally, forgotten words. So. Keep writing, at all times. I sit here at the keyboard, on this good morning, and a poem now exists—yes, it is impoverished and ill-fitting and ugly in shape—but it is where before there was nothing. 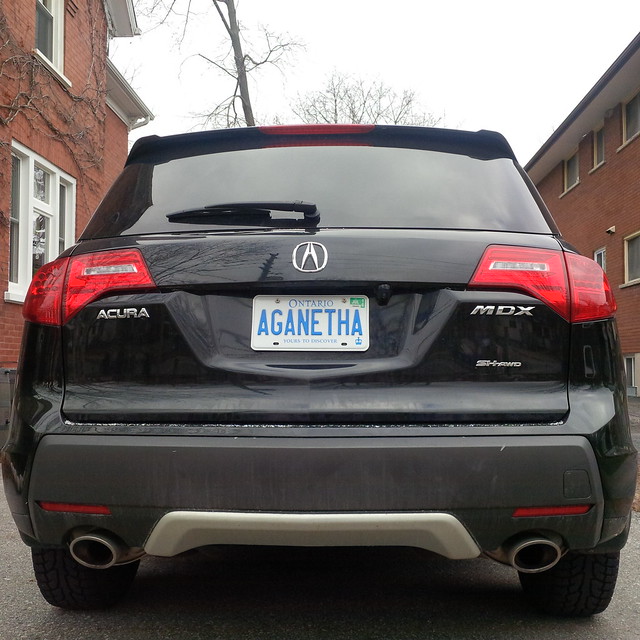 The new plates are Kevin’s birthday gift to me. (This is the car that Aggie bought.)

Standing in the yoga parking lot, kicking snow off of “Aganetha’s” underside, I realized that all the work that I do is work that I want to do, that I enjoy doing, that I relish doing, that feels relevant and useful and that feeds me while I do it. What do I want to let go of this year? Meanness, ingratitude, unkindness, exclusion.

“They say it is better to light a candle than to curse the dark.” —Quotation I read on the wall in the back entrance of the yoga studio this morning, while putting on my big black boots (which Fooey wore yesterday to help Kevin put out the garbage—she said they felt so warm and soft; and they fit her; she is 9 years old). Yes, it is better to light a candle. Always a light a candle. But, I asked, too, reading the colourful flowing words on the wall, is it sometimes important to curse the dark? To call it out for what it is, rather than pretend it’s not there? It depends, I think, on whether the dark is changeable, or the dark is elemental. Some dark is necessary. There will be night. There will be winter. To curse what is natural and seasonal and implacable is to waste one’s energy. But some dark is caused by human evil, such as the darkness of measuring a child’s effort for no reason other than unchallenged, blind competitive instinct. I don’t say curse the dark, but call it out and name it for what it is. And then light that candle and light another and another, and don’t be afraid to keep lighting candles even if they sputter or get blown out.

First day
I love this part of winter