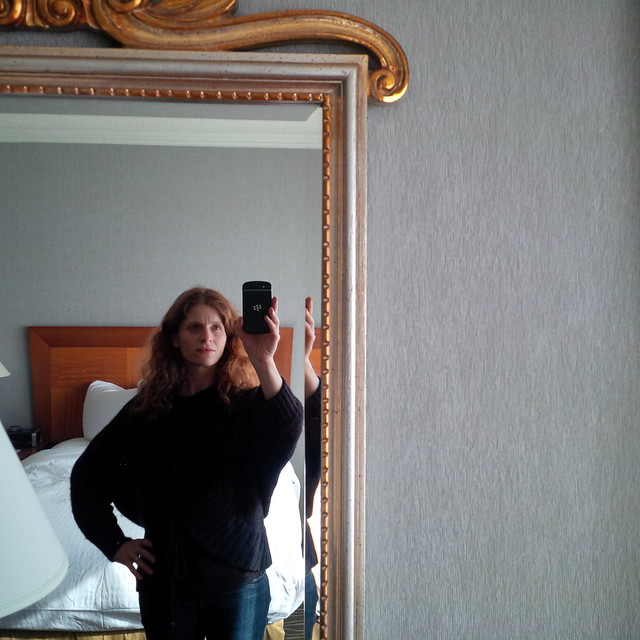 The gilt mirror makes this room, I think.

I’ve moved north and west, just a bit, walking distance from the previous hotel. This hotel wins at bathrooms. The last hotel won at laundry prevention. Let me explain. This morning I set my alarm and got up and ran on the treadmill before checking out. I did this almost entirely to take advantage of the hotel’s offer to provide guests with athletic gear, so you don’t have to schlep your sweaty mouldering running clothes home in a plastic bag, after several days of increasingly disgusting re-use. Nice touch, anonymous hotel. Plus, the offer goaded me to exercise.

Anything to shame me into the semblance of a routine, I tell you. 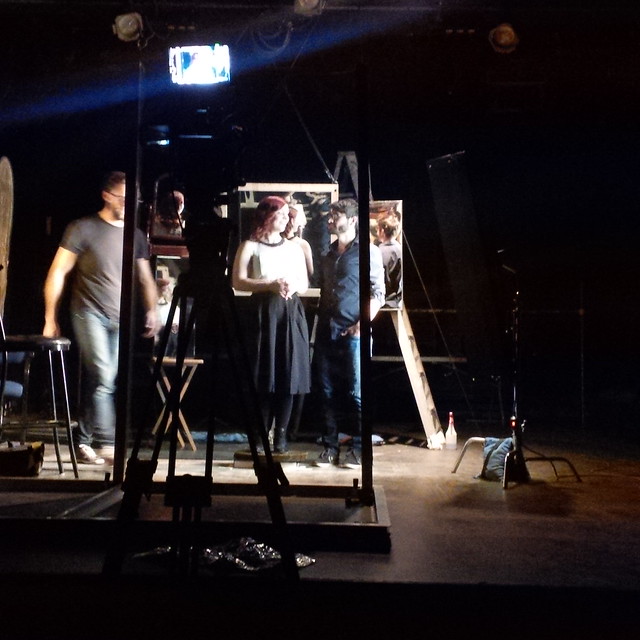 I did something fun today (aside from take selfies in yet another hotel room). I popped in on my brother and sister recording a video for their new song. Yes, Kidstreet fans, the band is alive and well! I think it’s still fairly hush-hush, so consider yourselves in on the ground floor with this intel. When I walked into the theatre space they’re using for the video shoot, I didn’t even recognize them. Rock stars! Also it was dark. (And I might be almost old enough to need glasses, suddenly.) 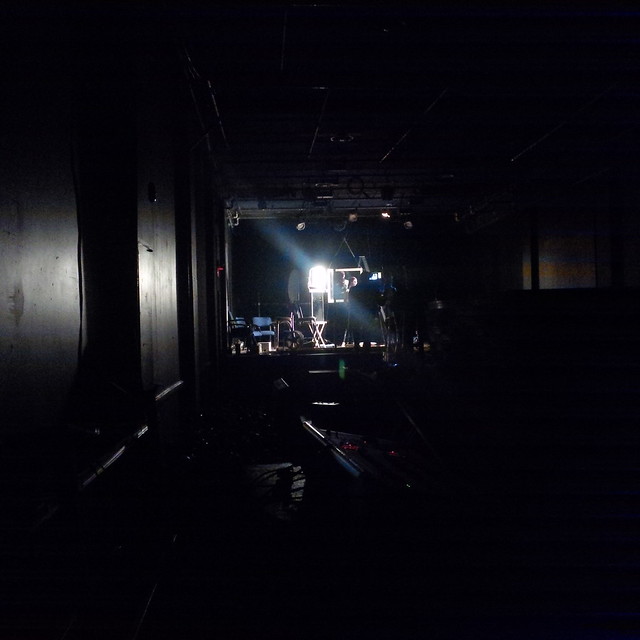 I can’t wait to share this video when it’s done. They’ll be there for many hours more, so I didn’t stay. In fact, I’m not typing this from my anonymous hotel room at all. I’m typing this from my lovely Canadian publisher’s office at Adelaide and Spadina: thank you for the company, the coffee, and the wifi, House of Anansi!

We’re going to the Writers Trust dinner soon; this is not where the winner is revealed, but the celebration the night beforehand, when we’re all still winners. I may change into a dress. Or I may show up in the identical nice black sweater I’ve worn all weekend (refer to previous post). It’s nice. Presentable. Rather like me. Or so I hope.

PS I have to tell you that I’m itching to get home to conquer the laundry. It’s mundane. But the thought of all those clothes in the hallway hamper waiting to be sorted, washed, dried, folded, and put away into their respective drawers makes me almost giddy with excitement. As I type that, it sounds weird. But it’s true.