You’re stronger than you think 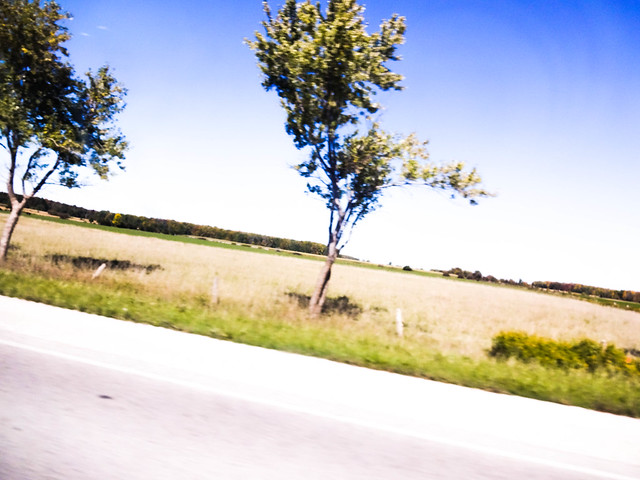 A race is a very special undertaking. For some reason that can’t possibly relate to logic or reason, I’ve chosen to run two in the past three weeks.

It might not be good for my body to run a race every day.

But maybe it would be better for my mind and my spirit to run a race every day.

I did not feel like running this race. I wasn’t even sure my training was sufficient, despite some hard work over the summer. As predicted, my ability to train on the weekends dropped off as soon as September arrived, and with it the book. I ran that half-marathon three weeks ago as a training run. Because otherwise, I’d dropped down to three runs a week, none of them over 12.5 kilometres. Yesterday’s race was double that at 25 kilometres, and on steep winding trails, very hilly, while the half-marathon route had been a gently rolling road with no real hill challenges.

But I went. I set my alarm for early, slept poorly, woke and forced myself to eat and to drink and to prepare, and drove to Pinehurst Conservation area, and picked up my race kit, and stood in line at the bathrooms, and sat in the truck trying to stay warm and eating almonds and reading toward the ending of A Tale for the Time Being and then it was time to lace up my shoes, pin on my number, and go to the start line. And then it was time to run.

I didn’t know whether or not I was up for this particular challenge. In fact, I feared that I was not up for it; certainly knew that I would not be choosing to do it, had I not signed up months ago. But that’s a good enough reason to do something, I believe: sign up, show up, offer what you have in you to offer on the day it is required of you.

It might not be as much as you could offer under ideal circumstances, or at a different time in your life. That is okay.

A race is more about marking the moment with the offering of your effort than it is about finishing or competing or putting up race times. In fact, that last one is just a number and is worth something to you alone, and you get decide, therefore, its value.

I decided yesterday that the numbers didn’t matter.

I ran without a watch. I ran on gut instinct, following my body’s ebbs and flows of energy, without judging or critiquing my body’s efforts, sometimes stronger, sometimes weaker, but then stronger again, always with a mind to the effort needed and the desire and pleasure of speed and forward-motion. On some of the downhills, it felt like I was flying. On some of the uphills, I was bent double and slowed to a walking pace. I tuned a lot out. In fact, the experience had an otherworldly quality, or the quality of a dream I did not control, but only moved through.

For long stretches, I thought of nothing, saw little, only was aware of motion itself, the path immediately ahead, the tree roots, the leaves, the colours, the sticks and stones under my feet. I remember the sun shone for awhile, its brightness on the fallen, wet poplar leaves so strong that it hurt my eyes to focus on the ground and yet I knew that I needed to focus lest I lose my footing or trip. So much of my mind’s work went into the path immediately ahead.

When my energy flagged, I practiced staying in the moment. I thought of old Jiko in A Tale for the Time Being practicing zazen (though this was moving meditation). I used a few mantras, chosen at random from the flotsam and jetsam of information that had passed through my mind either right before race time or during the race itself.

A phrase on the back of a t-shirt that I saw while waiting in line in the women’s bathroom: “The mind leads the body.” For a while, I was saying it backward: “The body follows the mind,” which worked too, but then I ran behind the woman with the t-shirt for a stretch and saw the words as they were, so I switched to that. I tried to thank her when I passed her, but instead said, “I like your shirt.” Which wasn’t quite the right message, but there was very little oxygen available for communication.

Communication was rudimentary. I felt myself pulled deep inside my body, my eyes tools only, unable or unwilling to connect, almost a blank of observable emotion.

The flying mantra came from a comment posted on Facebook by a friend in Ottawa, encouraging my race effort: she said the damp would keep me cool and I would feel like I was flying. And I did, sometimes.

I knew the second lap would be difficult, and was not prepared for it to be as manageable as it became. I’d lost all fear by that point, and the kilometres seemed to melt rather than be counted, as I wasn’t paying much attention, and would miss kilometre markers altogether, so it seemed like before I knew it there were only 5 kilometres left.

I drank coke and water. I sucked on an energy gel pack that my friend Heather, who I run with on Thursday mornings, had given me along with a new pair of socks as a surprise gift for race day. I wore the socks, too. I thought of Heather during that last 10 kilometres because we run that distance together and we run it far faster than I’m used to covering 10 kilometres, so I told myself that if I could keep up with Heather, I could easily complete these last 10 kilometres. In fact, when I realized I had only five kilometres left, it seemed as if the race had happened too quickly.

Not that I wanted it to go on longer.

Just that I was shocked to realize how quickly the time had passed, how deeply inside of it my focus was and would remain, with little ticks and breaks here and there, until I crossed the finish line.

In fact, I sped up significantly when I realized I was completing the last kilometre, and sprinted the last 600 metres, passing many runners, none of them choosing to challenge me, although I kept listening for the sound of footfalls chasing behind me. None came. I knew I could carry myself over the last stretch, and the sprint felt easy at the end, strong.

I don’t know what time I got. I was too totally inside the focus to look at the clock as I crossed the line. I do know it was faster than I’d hoped for, but slower than previous races.

As I drove home, it came to me that a race is an opportunity to prove to yourself that you’re stronger than you think. That’s what it felt like. During the race, I felt so much stronger than I’d thought I was, only hours earlier, so much braver, so much calmer. I’m doing this, I told myself; you’re doing this. It was exhilarating and fun and joyful. I will do it again. I will approach it with the same spirit, with optimism, with training to underpin the approaching effort, and without giving in to fear. It isn’t that the fears won’t rise, but I don’t have to bend to them.

This is life, too.

For example, I can’t not write another book for fear that it won’t match my previous books. I can’t let fear guide my choices or shape my decisions. I need to show up for the challenge, whatever that challenge may be, with the best effort I can offer, right now. I’m stronger than I think; you’re stronger than you think.