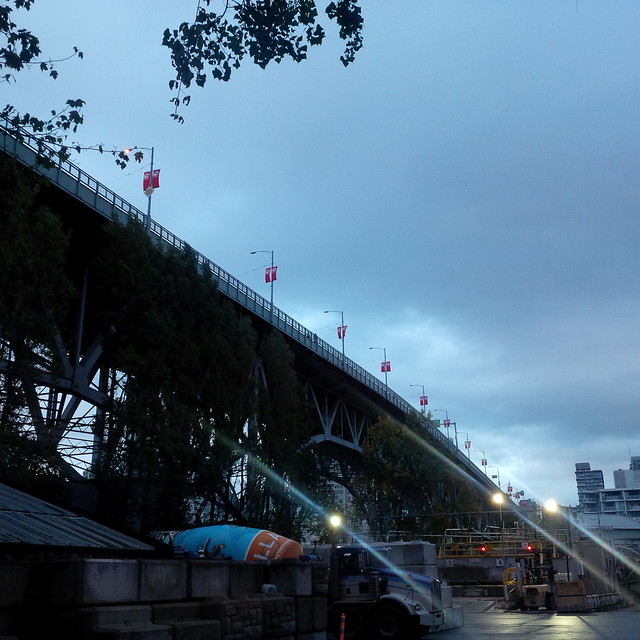 Seen, on walk to Granville market this morning.

Today is it 14 degrees, feels like 13, and there was sun, briefly, though it looks overcast again. That’s okay. I brought red rain boots, which are squashable and therefore transportable across the country in a very small carry-on bag. I wore them to a party on Wednesday night, because my other red shoes, the ones I’d worn to a fundraising event hosted by Joseph Boyden earlier in the evening, the fancy retro heels, had rendered my toes completely numb. Plus, they’re a bit big and I had to stuff them with tissues in order not to fall over whilst walking in them. (Sounds glamorous, I know. Busted.) 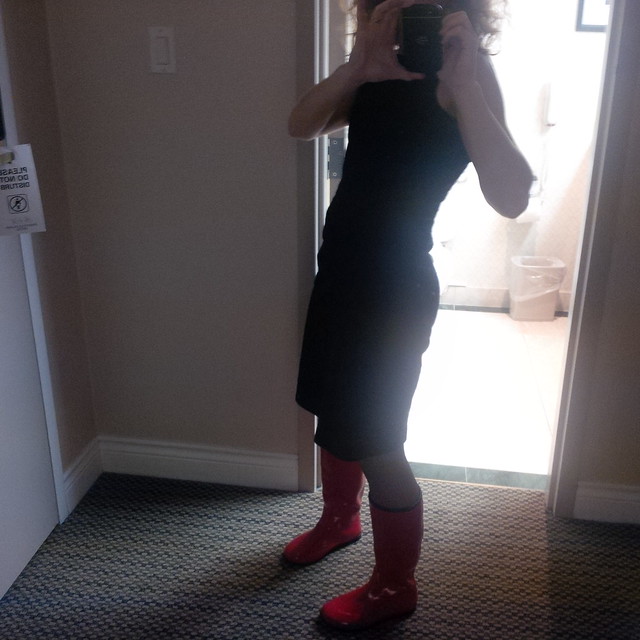 The rain boots felt so good. It was like wearing slippers to a party.

Party, party, party. It’s not all I’m doing. What am I doing? I’m living in another world, a parallel universe, one which feels like a rather long performance piece being written on the fly, with a wheeling cast of characters, and the utter absence of a working interior clock. The moderator on my panel this morning, Timothy Taylor, kept saying “tonight,” in his introductions, as in “Tonight, we welcome Carrie Snyder, Russell Wangersky, Ian Weir, and Herman Koch ….” And while I could have sworn it was mid-morning when we left the hotel to walk to the theatre, I almost started to believe that it had somehow, during our passage there, become tonight. 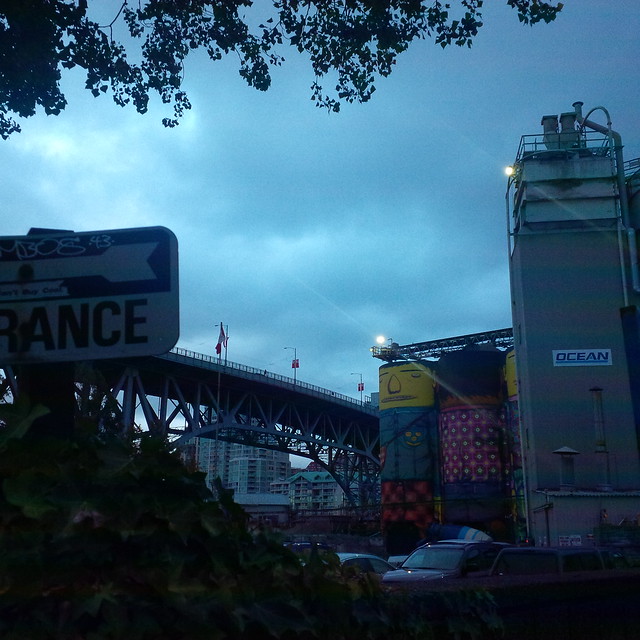 But it is not tonight, not yet. It is late afternoon in Vancouver and I haven’t gone for a walk, as intended, let alone a run. I have eaten a giant honey crisp apple bought at the Granville market this morning. That may be the single most healthy choice I’ve made all day.

I skyped with my children yesterday afternoon, but it only made me feel further away.

I’m living in a bubble. It’s a brief span of time, and I will look back on it fondly, but it’s a bubble nevertheless, an unreality, a fantasy, even, of hotel rooms and little shampoos and hospitality suites and rain boots paired with Little Black Dresses. There’s a haggard glamour to it all. I’ve got more grey hairs today than I did a week ago, I’m quite certain. I myself am a bubble, I think, too. Afloat. Not adrift, but afloat.