Wistful thinking: on being part of a team 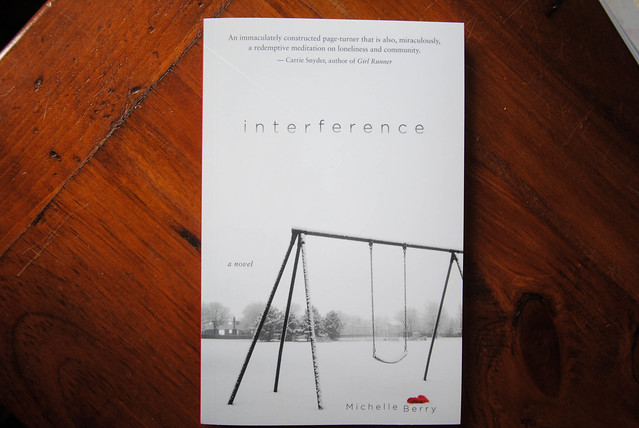 Today’s post is an unusual one, for me. While this is a literary blog, of sorts, I write it as a writer going about her daily life, not as a reviewer or critic. This means I don’t review books on my blog, don’t take part in blog tours, nor do I accept review copies. Which makes today’s post an odd fit — I was asked to be part of a blog tour for Michelle Berry’s brand new novel, Interference, and I said yes.

I said yes because I really loved Michelle’s book. In fact, I blurbed for it. That’s my endorsement, or part of it, on the book cover above. Here’s what I wrote, in full: “Michelle Berry’s Interference is an immaculately constructed page-turner that is also, miraculously, a redemptive meditation on loneliness and community. Read it for the beautiful writing, the cast of unique characters, and for a certain tender brutality that infuses the telling — by turns moving, darkly funny, and ultimately warm and illuminating.”

So I said yes to Michelle’s blog tour … then wondered how to make this subject not feel shoehorned in to the larger purpose of the blog. And that’s when it came to me: soccer. (There’s no soccer in the book, I hasten to add; but my life contains up to 60% soccer some days, so it was a natural leap. Stay with me.)

Interference is a book with many threads pulled together around an unusual focal point: adult women, who don’t necessarily know each other very well, gathering weekly to compete in a team sport together — in this case recreational hockey. Until last summer’s concussion, this was me: an adult woman joining other women to compete in a team sport (see: soccer!). I miss playing soccer. This book made me miss it even more. So I decided to ask Michelle (whom I haven’t yet met in person) about her connection to sport. Here follows our somewhat abbreviated conversation, for the record. 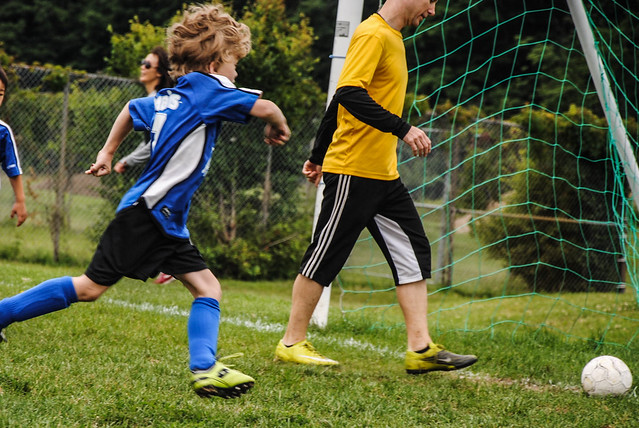 〉 Me: What’s unique about the team experience that made you want to write about it? Were you part of sports teams when you were younger, or is it something you came to as an adult?

Michelle: Four years ago my friend signed me up for hockey. Our daughters had signed up together and, as my friend said, “If they can do it, we can too.” Neither of us had played before. I knew nothing. The hardest part was putting on the equipment. I really had to concentrate on the order in the first season — what goes on first. Several times I had my skates on before my pants and had to take them off again. But when I was finally bundled up in my equipment, when I had figured out my hockey skates, and when I went out onto the ice, it was life-altering. To be a woman covered in equipment (no jewelry, no makeup, no worry about clothing or hair — I was a giant, hulking body draped in ugly, smelly second-hand pads) was freeing. To be a woman in a competitive sport working together with other women as a team was freeing.

〉 Me: In my case, as an adult and a beginner, I came to a soccer team wanting to play soccer, without giving much consideration to the social aspects of being on a team — and quickly discovered that social dynamics play into how well a team works together. But it was also completely different from being part of a neighbourhood playgroup or book club, in terms of building relationships and friendships around a shared interest. I feel like your book captures the way that being on a team is a bonding experience that leaves a lot of room for privacy.

Michelle: Yes, being on a team works better than playdates and book clubs because it’s a group of people who probably have nothing else in common sharing one same goal. We are there to win (although my team never does and we don’t really care…. not really). And we aren’t there to form friendships and bonds and to make sure our kids play together nicely. We aren’t competing intellectually or emotionally. We are there to do a job. Play a sport. Although friendships and bonds do get formed in the change room, we tend to leave those friendships there. Book clubs, playgroups, those kinds of things, are more about trying to make connections intellectually and emotionally. Hockey is all physical — play well, even play not-well but try, and you belong.

〉 For more information about Michelle, or to purchase the book, click here to visit her publisher’s web site.

So, what do you think? Do you play a team sport, or did you once upon a time? Maybe someday, I keep telling myself. Maybe someday, I’ll play on a team again. Because as much as I love running and spinning and yoga and kettle bells, I’ve yet to find anything that replaces it.

A new home in Blogland
About a wedding