Wild: wanted and not wanted 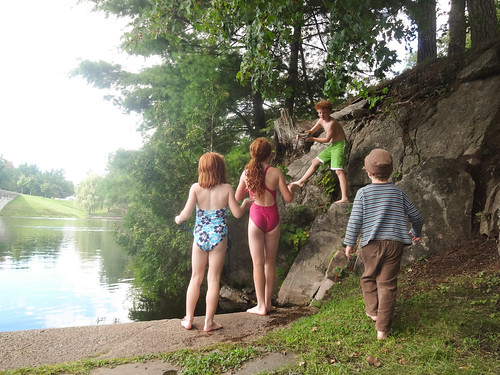 Wild. What a word.

I’ve been thinking about how thin the veneer is between us and the wild, how porous the borders, how I simultaneously crave the peace and calm of a contained and civilized existence, even while sensing my need to be out in the wild.

I’ve been thinking about how much of my life involves containment, grooming, and cleaning — there is so much effort involved in keeping our domestic environment, and ourselves, free from dirt and bugs, safe from weather, our food at a remove from the earth, our bodies in a socially acceptable state. 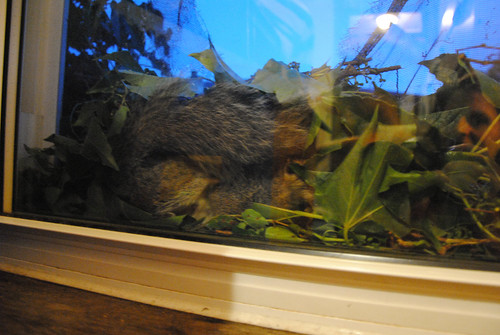 Recently, a squirrel tore a giant and strategic hole in the screen outside the younger kids’ room. It then dragged in a bunch of ivy, and set up house. Clearly, it was pregnant, and nesting, and had no intention of leaving. Briefly, I considered letting it stay, since the window would have provided a terrarium-like observational environment for homeschool-style education, but then I thought of everything that could go wrong. (Infant rodents perched two stories above a paved driveway, smushed up against the kids’ bedroom window???) So instead, we scared off the squirrel, and removed her ingenious screen nest. 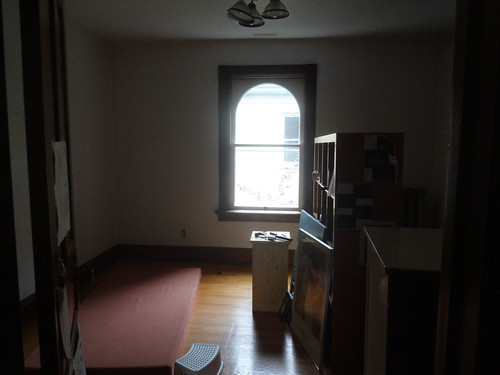 On Monday morning, we discovered that the “hives” I’ve been experiencing for months are caused by bed bugs, which are not just for nursery rhymes. I’ve decided to write about it because life is not neat and tidy and perfect, even in Blogland. Unpleasant things happen sometimes. Apparently some people are non-reactive to the bites (like Kevin), while others experience allergic reactions in the form of hives (like me), which is why it took us so long to figure the situation out. Nobody wants bed bugs. But they’re better than an auto-immune disorder, I say; plus we’ll finally get around to painting our bedroom after a decade of procrastination. And we’ve got rid of the bed, which I never liked. We’re having the house steamed today, and I sense that after that, life will go on. As it does. Messy and disordered. (Our house is currently turned upside-down, and yet, look, life keeps marching forward. We cook, we eat, we work, we play, we go to swim lessons. Some of us even blog.) 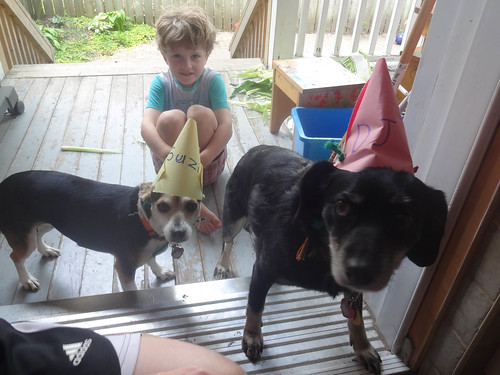 Our dogs seem like the least wild of creatures, but it fascinates me that so many of us humans choose to live with other species. It’s been a year, as of August 6th, since we’ve shared our home with these two little doggie-wogs, aka the poggles, aka the pogs, as they’re called, among many other odd nicknames (where do nicknames come from?!). All of the kids made them birthday cards and fashioned these little hats for them, too, though the dogs were tolerant of (ie. not keen on) the hats, and only “listened” to the cards being read to them because the card-readers were offering treats in return. I’m pretty sure we’ll always have animals — I can’t imagine life without them, somehow.

I’m not at peace with the torment of bugs, or the inevitable march of dust upon every surface, or the grease in the stove’s mesh trap, or the relentlessness of change and accumulation that demands vigilance and attention. I’m not at peace with it, because part of me wants to live with less and less and less stuff. The less stuff we have, the less there is to protect from the insinuation of the wild. I’m not at peace with it, also, because I can’t really prevent these invasions from happening. I have other things to do. There will be dust on the bookshelves, and dog hair under the couch. Not all the time, but it’s coming back, no matter how much effort I expend on keeping it at bay.

Which is maybe my way of saying that I’m not at peace with it, but I accept it. I keep it out, and I let it in, in balance, as much as is possible, all the while understanding that I’m part of it, too. It’s not separate from me — the wild.