What our family does with its spare time

If you read all the way to the end of this post, I will show you what our family does with its spare time. (You’re skipping down already, aren’t you?) Well come back up for some writing-related news. 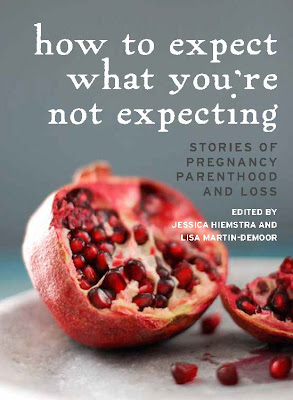 1. I have an essay in this moving anthology on pregnancy, parenthood and loss. This is just a teasing preview, as it won’t be published until the fall, but I wanted to share the news. I will let you know all about launch party plans when the time comes.

This publication will mark my entry into non-fiction and memoir, which is a departure for me, but may be the start of a new direction.

2. You may not know that I’ll be coming to Hamilton, wearing my writer hat. I’m reading at GritLit, Hamilton’s literary festival. My event is on Sunday, April 7, at 1pm, with Cary Fagan and Miranda Hill. “Great Things Come in Short Packages.” I’m 99% positive that the organizers aren’t referring to height. Details in the link above.

And now for the reveal.

Here’s what our family does with its spare time: we spontaneously and collectively brainstorm a parody advertisement, and then we make it into a video. And then I post it here. The original idea bubbled up as we told the kids (one in particular), that if her dream is going to Disney, she will have to tag along with a friend because, well, let’s just say it’s not Kevin’s dream, nor is it mine. Point being: some dreams don’t come true. But the idea amused us. As a family, we watch very little television together, and stream what we watch online, and lately there’s been a rash of Disney ads, so we found ourselves riffing on the theme. AppleApple wrote the script. I recorded the voiceover. Kevin did all the video editing (he’s good!). And now we offer it to you, and hope you find it even a fraction as hiliarious as we do. With humour, it’s hard to know. (Note to friends going to Disney: this is not an attempt at subliminal messaging.)