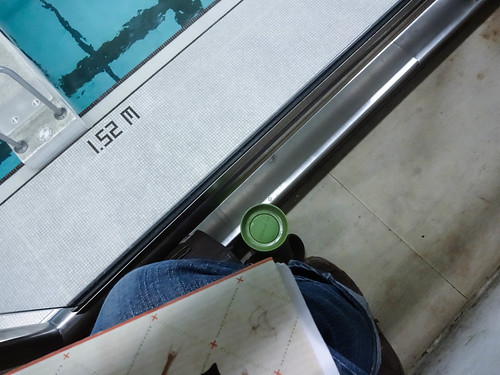 Day two of swim meet. Day two of early rising, despite it being the weekend. Day two of coffee cup, snow melting off boots in over-heated environment, crammed-together hard bench seating, trying to read for poetry book club (The Book of Marvels, by Lorna Crozier). 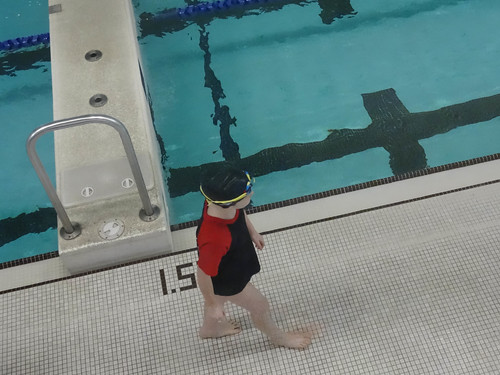 Day two of trying to get her attention, and waiting for her races. 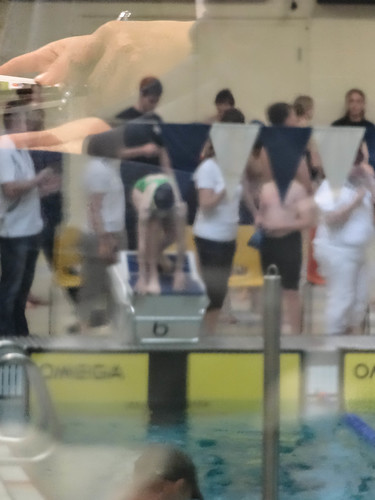 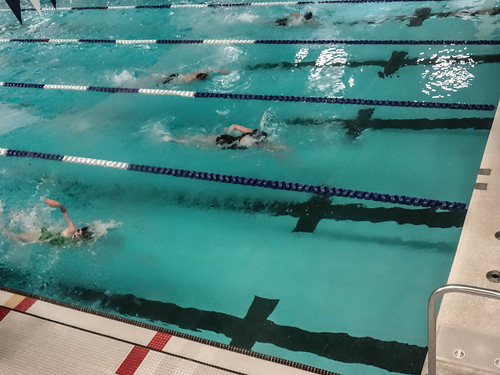 She doesn’t love the sprints. She thinks she’s more a natural endurance swimmer. She’s behind at the turn. 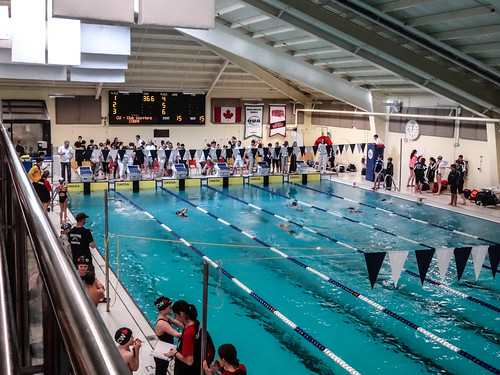 But she powers home to win the heat in her best time yet: personal bests in every race this weekend. Swimming is all about personal bests. It’s set up like a race, yet according to my girl you can’t really see the other swimmers around you, and have little sense of where you are positioned. It’s not like running on a track where tactics come into play, along with strength and speed. You’re basically just going as hard as you can in your own lane. It’s a very individual sport.

I can’t say I’m a convert, exactly, after these past two days. It’s a lot of waiting for a blink-and-you’ll-miss-it moment. I can’t appreciate the technical abilities of the swimmers, having none of those abilities myself, and being unfamiliar with the sport. And I don’t really enjoy the rush of adrenalin that I get when I’m watching her race — it’s very intense, almost embarrassing. I care too much! I am seriously shaking immediately after her races. Do other parents respond like that? 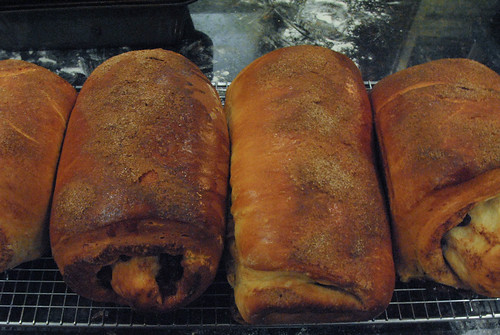 I also played an indoor soccer game yesterday. But I did not go for a long run. I’m realizing that my weekends are very squeezed as it is … and maybe I’m just too tired by the weekend to add in that extra element. I try to make room for so many different activities, but there are limits, and I’d rather go with the flow and enjoy and appreciate all of the things I’m getting to do, rather than getting down on myself for those additional wish-list activities I just can’t seem to shoehorn in.