Reading at IFOA for the GGs 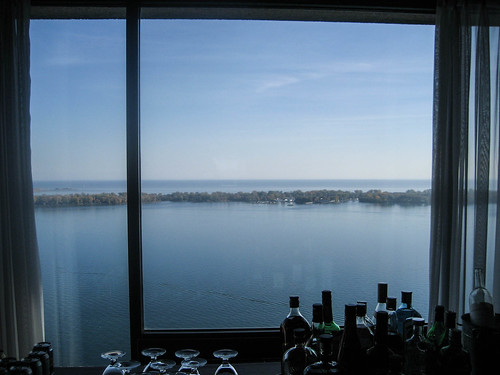 You’re going to suspect that I do nothing but jet around to festivals and parties. Heck, let’s pretend it’s true. Let’s pretend I’m not sitting at home in a slubby hoodie neglecting the sick kid on the sofa who is playing video games. At the very least, I’ll provide no photos of my current state.

I’ll admit it. I ache. I think it’s a combination of playing soccer on Sunday followed by all the driving and standing and sitting required by parties and readings. I have it down now: I’ve got comfy but good-looking shoes for the standing parts and the parties, and I save the heels for the readings themselves.

I’m doing a bad job of telling this story.

Yesterday, Kevin and I drove off to Toronto, mid-afternoon, leaving my mom to look after the sick kid and everyone else (dogs too! good grief!). I checked in at IFOA (Toronto’s International Festival of Authors), and the organizers let me use a hotel room to change in (for some reason, I didn’t get a hotel room out of this event, perhaps because Toronto considers Waterloo to be a suburb or a cousin once removed? In any case, no hotel room for GG finalist Carrie Snyder). Kevin and I also ate sandwiches and eggplant dip in the hospitality suite: supper. 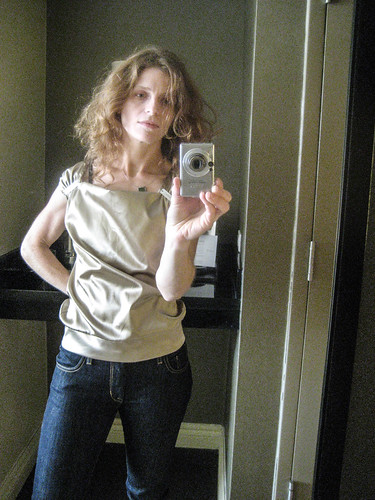 here’s what I decided to wear

Then we went to the IFOA party. I can’t remember the title, but it was crowded with industry folk, and it was hot. I was happy to talk to the people I knew, but equally happy to stand on the sidelines and just observe. Best moment of the evening: when we were approached by a very excited woman who came right up to Kevin and said, “Junot Diaz?!” Needless to say, my husband is not acclaimed American writer Junot Diaz (who wasn’t at the party in any case), but when we checked the author photos in the IFOA guide, we thought, hey, maybe he should put on a name tag. And grow a goatee. Because otherwise, people, I’m basically married to Junot Diaz.

The woman was embarrassed when she realized that I was the writer, and that she’d never heard of me. People keep joking that I may need to change the title of this blog, but I’m not too concerned. I reassured her, and she said she’d buy my book. (But I’m thinking she’ll probably buy Junot’s instead.)

Should I do more name-dropping? It seems almost obligatory. Here’s who we talked to at the party: Sarah MacLachlan (my publisher); various Anansi people; a lovely woman from the Canada Council who had read my book thoroughly enough to know exactly which story I was going to read when I told her the title (I was impressed!); Iain Reid (One Bird’s Choice); Linda Spalding (fellow GG finalist) and her husband Michael Ondaatje; Ania Szado (a writer with whom I toured back in the Hair Hat days); Eva Stachniak (The Winter Palace; she is Ania’s friend); Mark Medley, books editor of the National Post, who commissioned my best writing assignment ever, which just ran on Saturday: a review of Alice Munro’s new book, although it is more ode than review; the woman who thought Kevin was Junot; and a few others, though possibly by accident. We were there for an hour and a half, so clearly we didn’t excel at the mingling.

Then Kevin spotted Vincent Lam (The Headmaster’s Wager; fellow GG finalist). Vincent was leaving the party, so we thought we’d better follow him, because I didn’t really know where I was going for the actual event. Vincent and his wife were both super-friendly, and possibly super-human (he’s an emergency dr and she’s a family doc and they have three kids under 7). We had a nice chat. After awhile, we were joined by an IFOA publicist, and Linda Spalding, and set off for the theatre, quite clearly going the wrong way. There we all were, tramping around in the dark surrounded by a very high fence. “I’m sure IFOA will provide us with a ladder,” said Linda Spalding. Thankfully, no ladders proved necessary. Eventually, we went the right way, and were soon backstage at the theatre. Our group now included Robert Hough (Dr. Brinkley’s Tower) and Tamas Dobozy (Siege 13) and the poet Phil Hall (Killdeer).

I tweeted a terrible photo. Vincent Lam tweeted a better one. Guess which is which. 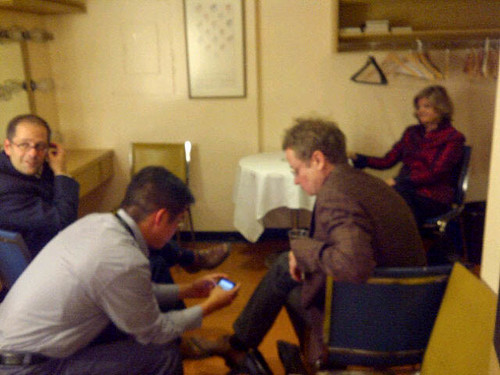 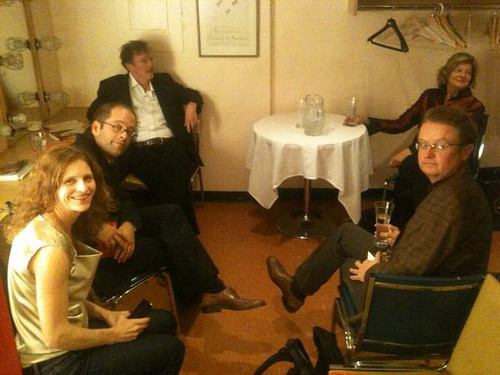 We met Shelagh Rogers. She gave me a scarf because it was freezing backstage, and you’ve seen what I was wearing. I read second to last, which gave me ample time to freak out. I handled my nerves by going into an almost comotose stillness during the first several readers. Conserving my energy, I thought, if I thought anything at all. It was kind of peculiar, actually, and prevented me from doing any useful networking backstage. But when it was nearly my turn, the stillness broke and I got very jittery, which was quite unpleasant. I don’t usually get so jittery. I had to go for a little walk in my noisy high heels. But then I thought, just harness the energy and be glad you’ve got it: better lots of energy than none. I also thought, perhaps rather melodramatically, You’re doing this for Juliet, so just go out and do it. 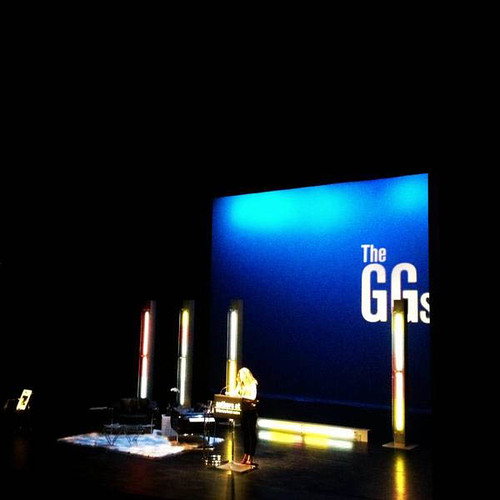 So I went out and did it. I settled down instantly, under the lights. I read “She Will Leave A Mark” from the first section. I think the story carries more poignance and depth after you’ve read the second section, but it’s a good story even on its own. I love reading. The only emotion I felt at the very end of the story was, well, a kind of bittersweet sadness. Because the moment was over.

I enjoyed being asked by the stage manager if I’d like something to drink at the booksigning table (white wine, please!). And I enjoyed signing books. Kevin brought our stack and had all the GG finalists sign them, but there was a mix-up with Vincent Lam’s. Kevin is going to need to find a second wife named “Sandra” in order for the dedication to make any sense. More proof that my blog title is in no danger of becoming obsolete. But then Michael Ondaatje shook my hand and told me he’d loved my reading. Hm. So maybe fifty-fifty.

The evening was starting to get really fun, probably because my publisher Sarah and her husband Noah Richler were on the scene, so we were talked into going back to the hospitality suite, which we hadn’t planned on doing, being responsible parents from Waterloo, Ontario. Just being around Sarah and Noah has the effect of regressing me to my pre-child self — almost; but let’s not call it regression. Let’s call it staying in touch with my spontaneous glam girl side. I’m shocked to report that side still exists.

But I’m not shocked to report that spontaneous and glamourous doesn’t go exceptionally well with early mornings and sick kids and walking wet dogs in the rain.

No regrets. This is an strange and happy little bubble of a moment. I’m going to float while it’s floating. (But thanks to kids and dogs I’m quite sure that I won’t float away.)

Vancouver Writers Fest: I was there! And now I'm home.
This morning I walked