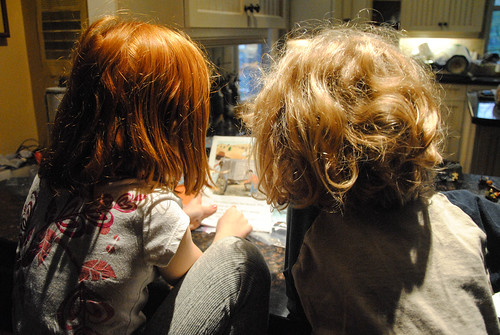 I have a theory about anxiety dreams: I think they don’t count for restful sleep. I woke this morning feeling utterly exhausted by the dreams I’d just been through. I’d lost my phone. I’d appeared late for an event at a festival due to taking a shortcut and sliding down a steep hill of mud and having to climb back up again. I realized we’d scheduled that over-achieving daughter of ours to take ballet at the same time that she had soccer and swimming. Worst of all I went on an angry rant at a stranger, which proved completely unjustified: I accused him of stealing some cards from me, and it turned out that he’d found the cards and kindly mailed them on my behalf.

Dream rage is very disturbing. Does anyone else do that? Rant and rave in their dreams? Maybe I’m repressing something.

In any case, I awoke with residual dream-emotions of guilt, worry, stress, and whatever one wrestles with while trying to scrabble up a steep muddy incline.

A hurricane is coming, apparently, or at least its outer skirts are expected to brush our part of the world. On the bright side, soccer tryouts are cancelled tonight, so we can look forward to a leisurely family supper. I’m making fish and potatoes. A grainy mustard sauce for the fish, and potatoes fried in leftover bacon fat with onions. Yum. 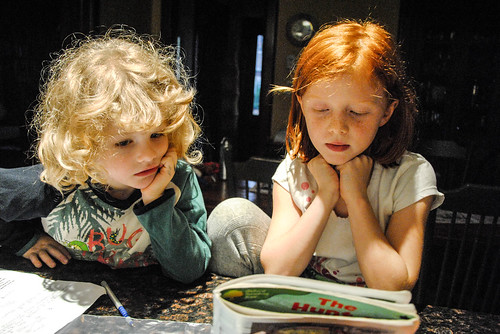 I realize that this blog has recently come to be dominated by the writer part of me. And the writer part of me is admittedly anxious. I don’t feel that close to the industry, here in the wilds of Waterloo, but there is much in the news about publishing to be anxious about. But how anxious to be? In the print media, newspapers are putting up paywalls online in an effort to earn back dollars lost in advertising revenue, which has collapsed. A midsized independent Canadian publisher declared bankruptcy last week. And two huge multinationals, Random House and Penguin, just announced a merger agreement this morning. I’ve been reading the news, and the commentary, and some excellent blogs on the subjects, but I can’t wrap my head around what it means. Are people willing to pay for well-written words? Is traditional book publishing dying out? Does it mean no one can make money publishing books, or print? Does it mean we’ll all be turning virtual pages very soon? Or writing “books” in new formats: serially, like blogs, or quippily, like tweets? I don’t even know why I’m speculating on the subject because I have no good ideas or insights. None. 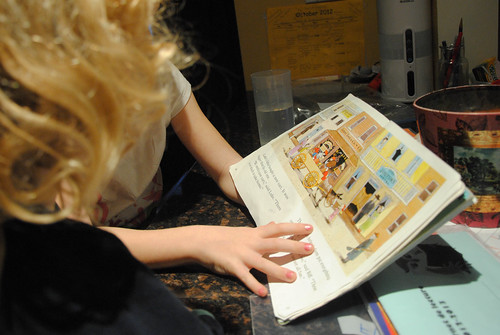 At our house, we still like books. The old-fashioned kind that carry evidence of their history around with them in physical clue-like ways.

At our house, we still get the daily newspaper delivered; I read it at breakfast and lunch and in the evening, usually while eating.

But then, once upon a time, not so long ago, I loved writing letters. I’ve converted happily to a mixture of email, texts, and social media, none of which I can store in my hope chest in shoeboxes up in the attic.

Once upon a time, not so long ago, I wrote regularly in a journal. Now I write here, unless I’m having a day too dark for here.

I don’t seem to miss the letters or the journals, except abstractly. Maybe I won’t miss books. I almost can’t type that sentence, because I just can’t believe it could ever be true.

The tired Sunday post
Work at home: the after-school shift