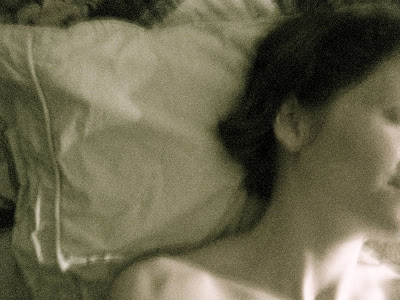 I think I’ve got it figured out. Except for sleep. I just don’t seem to get enough of that. Mornings are best when I’m up early, out of the house, doing something — swim, spin, run, yoga. I come home to breakfast and morning madness but my mind is clear. I feel good. I’m more patient than when the kids and I roll out of bed around the same time and grump around together in the same sleepy blur.

But then comes the crash. By 9am, my eyes are heavy and I’m moving slowly. So slowly. I slip into a 20 minute nap, get up, pour that treasured cup of coffee (I only drink one cup a day, but it’s a hefty cup.) But I’m still tired. The nap takes the edge off, but my brain still feels only partially operational.

Yesterday afternoon, a writing day, I lay down on my new office floor (yes — on the tile) and took a quick nap. And then I napped again at yoga class during the opening shavashana. In fact, I went early knowing I would nap, so I could nap longer.

Before bed, no matter how tired I am, I have to read. I’m reading a really good book right now: Half-Blood Blues on a borrowed Kindle. (Read it! Read it!) I rarely turn off the light until my eyes are literally crossed with exhaustion. And then I sleep instantly, and deeply, and often right until the alarm sounds to start the cycle all over again. (Last night I was woken at 1:45am by a little voice across the hall calling “Mama!” When I came, he said, “I need a kiss and a hug.” I didn’t even mind being woken up for that.)

Here’s what happens when I don’t get up early: within a day or two, I’m sleeping less soundly. I’m prone to the 3am wakeful worries. And so I keep getting up early — three or four times a week. And taking naps. And planning to crawl into bed earlier. And not. And sleeping deep. And waking again.

One small note on naps: I keep them short. And I consider them to be part of the creative process. It probably sounds crazy, but I get some deep problem-solving done during naps. The stuff that’s too complex or troublesome or bound up with emotions to figure out by just sitting and thinking or trying to write through it — that’s the stuff that gets treated during a nap. I’ll wake recognizing something I couldn’t before. I’ll wake feeling soothed. I’ll wake with a brand-new angle.

But I’m still tired. My nap hasn’t figured out a solution for that.