On the work of the cricket (file under: morning-nap thoughts) 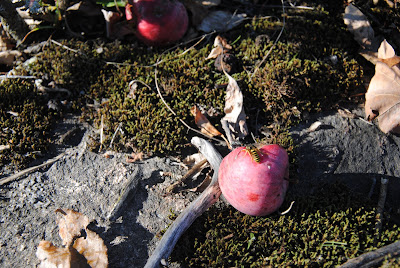 [Your eyes do not deceive you. This is not a photo of a cricket.]

**Morning-nap thoughts (yes, I take a 20-minute nap on the mornings I get up early to exercise; if perfectly timed, I lie down as soon as the kids have left for school, and I’m up before 9am) …

My poetry book club meets tonight. Spoiler alert, book club friends: I’m going to write about Mary Oliver in today’s post. Specifically, the poem that lay gently in my mind this morning while I drifted toward rest, which is titled “Song of the Builders,” and comes from her collection (fittingly, I see): Why I Wake Early. It is a poem, like most of her poems, set outdoors. In it, the poet sits in the grass and thinks about God while nearby a cricket moves grains of earth: “How great was its energy, / how humble its effort.” Of course, she is talking about herself, too. They are both at work, “building the universe.”

This poem came gentle to me this morning as I thought about work. Which you know I’ve been thinking about a lot lately. In my conversations with Kevin, we’ve come to some pretty comfortable conclusions, by which I mean we’ve settled, together, on things we can live with, happily. One is that there is work, and then there is a paycheque, and the two are easily confused but largely unrelated (but you wise people already knew that, didn’t you!) Kevin loves his work. He doesn’t feel burdened by it, and would do it, in one form or another, whether or not our family depended on the paycheque that comes with it. And that makes a difference. I have the desire to work; but it’s gotten muddled with a desire for a paycheque.

Money is such a complicated and powerful concept. I don’t have the time or brain power to address its many uses and seductions here. But suffice it to say, I am setting it aside in my considerations.

What is clear to me is that the work I long to do is available in many forms. It already exists, and I am already doing it. If a new opportunity calls me, and calls to my interests and abilities, I would leap to do it. But I respect and cherish the work I’m already doing.

What I love about Mary Oliver is her utter lack of interest in hierarchy. The work of the natural world is as fascinating, as valuable, as universe-building as any work that you or I could do. It’s really quite an anti-capitalist view, if you get right down to it. She has no interest in capital. I admire the poets who do not apologize for being poets. Who is to say that sitting quietly on the grass and thinking about God is not work? Such humility. Such stillness. Such grace and goodness. She’s not saying everyone should be a poet. She’s saying be who you are. If you are a cricket, you work like a cricket without worrying whether your work is valuable or necessary or useful.

And that is my drifting nap-time thought for the day.

Happy moments to soothe the sleep-deprived mama
Mom's Hair Salon ... wait 'til you see this