Give this woman a nap, please 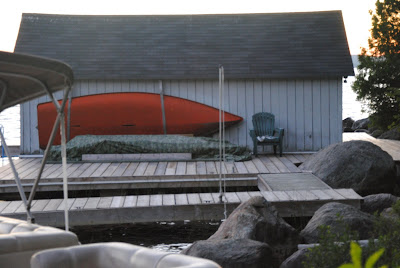 I haven’t been napping. It’s starting to show. Because, yes, I’m still getting up early four mornings a week to exercise, and the combination of less sleep and construction mayhem and zero power naps makes for a woman who looks just a little frayed around the edges.

Confession time. Come a little closer. Let me lay it on you: By early evening, my bark has bite. And the person most likely to be bitten is, well, my husband. He’s around, he’s a grownup, he’s probably doing something not to my (impossible) standards, and snap. Like that.

Yesterday evening, I arrived home from yoga, a two-hour out-of-the-house, happy alone time for me, which is made possible by him. (It’s also made possible by a ton of pre-planning by me). Anyway, I walked in the door, and the dishes were basically done, the school lunches had been made, and the children were upstairs in pajamas with brushed teeth. He was reading to the younger ones. What a lovely scene! All was well. All continued to be well as I did laundry, checked in with homework obligations (older children), and went through the necessary bedtime rituals with the younger ones. All was well until I came downstairs to get myself some supper. I was pretty hungry by this point, and, yes, flipping tired.

I opened the fridge. I saw before me a half-consumed jar of pearsauce. And … I just about lost my mind. Pearsauce!? The pearsauce I canned less than three weeks ago? Which I’d planned on serving in February when pears are but a distance memory? When WE STILL HAVE ACTUAL PEARS????? Yup. That was me. Losing it.

And this was him. Working away at the computer and blinking at me in silence. Really, what else could he do?

I sat down to my bowl of supper, still seething. (Side question: Am I crazy, or do others out there have ideas about when canned food should be eaten? Restrictions? Personally, I like to wait until the snow is falling).

Then I noticed it was time for the big kids to get to bed. “Could you go up and tell them?” I asked Kevin. Who responded, “This is the first time I’ve gotten to sit down since you left for yoga.” Yup, he was probably pissed about the pearsauce; or more precisely, about my reaction to the pearsauce. Which he’d served the children for bedtime snack. While I was at yoga. Having quiet alone time.

This is how wars start.

But off he went, to tell the kids to get to bed. I sat gobbling leftovers and muttering under my breath, Do you think I’m sitting down all day? You get home from work and I’ve got supper on the table and mumble mumble swim lessons! and mumble mumble porch guys here this morning and mumble trying to work and … add in a few choice swear words and you’ve got the picture. I’d dumped it out of my system by the time he came back downstairs. Well, almost. I managed to get in a good grouse this morning when serving the kids breakfast, reminded by the half-eaten jar in the fridge. I’m pretty sure none of them will be asking for canned pearsauce again until the snow flies.

(But isn’t that photo zen? Ah. Another one from our summer holiday.)

Seized by the day
Do you have a house elf?