This is the time of week when I usually write my “Week in Suppers” blog. But this week my photo-taking fell off the map. Still, I enjoy summing up a week, so here goes. Photos to be added later, if there are photos to be had. (On our cottage weekend, not one of us brought a camera, which was probably a mercy). [note: photos were discovered! Kevin took some on his camera when I was away.] 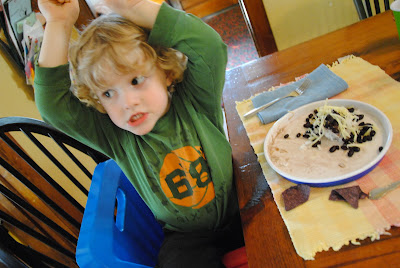 Monday supper. Black beans in the crockpot with sides of rice, tortillas, and spicy asparagus salsa (locally made, but not by me). I swam and ran early. It was a writing day and I did not get much done. The kids had swim lessons after school, and CJ accepted his teacher’s hand and walked down the pool deck without a backward glance. I went to the bleachers feeling bittersweet. Texted Kevin who reminded me that CJ would be climbing on me momentarily, which turned out to be true. Treats all around afterward. I skipped a planned yoga class because the food and company looked too good, and Kevin had a soccer game. I put the kids to bed by myself. 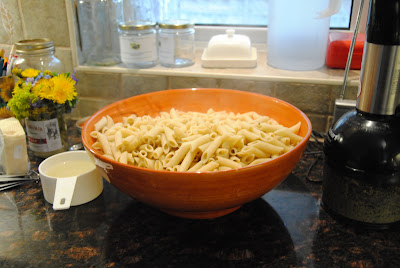 Tuesday supper. Pasta with pesto. I made a double batch of pesto and froze half for later. With oodles of freshly grated parmesan, this meal cannot be beaten. I had a friend over for lunch, and the little kids and I baked banana bread to share — but when it came out of the oven, it was shrunken and odd-looking. Oh, and it tasted bitter. What could it be? We were theorizing when I checked the recipe and went: DUH! NO SUGAR! How could I have forgotten THREE CUPS of sugar? (it was a triple batch; three times the failure). Maybe it was the fuzzy brain due to the early morning bike ride. Kevin left for work early. There were playdates after school. AppleApple thankfully got a ride to soccer practice (I had been planning to bike with the little kids, too), but even so, there was no way to squeeze in a yoga class in the evening. Kevin and Albus headed out to a chilly first soccer practice (Kevin is coaching). I put the little kids to bed on my own. 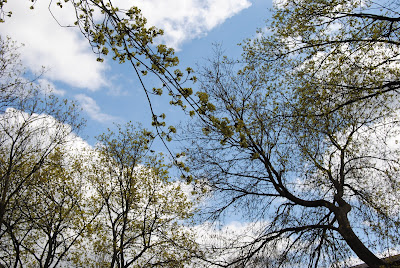 Wednesday supper. Tortilla wraps in the oven with leftover beans, rice, grated cheese, red pepper, and grated carrots. Kevin assembled them because I was at my one yoga class managed this week; but they were just coming out of the oven when I got home, so we called the kids in from playing outside and at together. I started the day with a run. It was supposed to have been a writing day, but CJ’s nursery school had invited all the mothers to come early and share cookies (which CJ helped bake; so how could I not? Though as I looked around the room, I wondered: would they do this for father’s day and expect the fathers to come in the middle of a work day?). I tried hard not to resent the interruption. Wrote furiously all afternoon to compensate. Kevin picked up the kids for music class while I went to yoga. No complaints there. Albus had piano and we had the loveliest walk to and from, and then to and from again (I’d forgotten my phone and had to go back; Albus volunteered to go back with me. He even held my hand. To say I treasure these moments sounds cheesy and could not be more true). For date night, Kev and I met on the couch, drank tea, and watched two episodes of Parks and Rec. Kevin hitched up the bike stroller around midnight–at last! 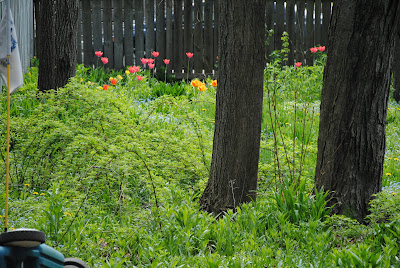 Thursday supper. Pasta with fresh-made red sauce, broccoli, and marinated tofu on the bbq. AppleApple and I had to rush to gobble a serving before leaving for her soccer game in a nearby city. Kevin got up early for yoga, and went directly to work. I got the kids off to school, and I started making sticky buns for my weekend getaway (a two-day process) while the little kids played educational games on the computer; really, I should have been reading to them, but there is only so much multi-tasking I can manage. With the dough on its first rise, the little kids and I packed up the bike stroller for errands. We started with a chiro appt, then headed to the grocery store. The stroller was so loaded at that point that we decided to bike home, drop off groceries, and head directly back out again. The bike/stroller combo was wonderful: fun, easy, quick. The kids just have a blast riding behind me. They make a wall of giggling singing gleefully shouting sound that turns people’s heads as we pass. We headed uptown to the bookstore to buy two birthday gifts for weekend parties, and then next door to the Eating Well for more food. And then home to punch down the dough and set it to rise (again!) in the fridge. At this point, I made the pasta sauce and the sugary/nutty/candy stuff for the sticky buns; I also received an email from my editor that, though I couldn’t stop to savour, filled me with joyous energy. Kids arrived home from school with friends. AppleApple got herself ready, as did I (soccer gear for her, running gear for me). I hurriedly punched down and rolled out the sticky buns, sprinkling with more butter and sugar, and arranging in the pans, then returning them to the fridge for a slow overnight rise. We picked up another child on AppleApple’s team, drove forty-five minutes (my mother arrived to look after the two little ones, since Kevin and Albus had their first soccer game, too), and I went for a run while the girls warmed up with their team. The game was exciting, and the girls won: 7-0. Two glowing girls were delivered home–hungry, too. The weather could not have been more beautiful. 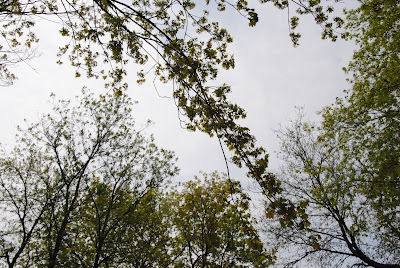 Friday supper. I wasn’t here, but suggested that Kevin serve leftover pasta and sauce. I got up early for an hour-long swim, arrived home and popped the sticky buns into the oven. Kevin went to work early, so I biked the little kids to nursery school as soon as I’d waved goodbye to the big ones. At home: took a quick nap, started packing for a weekend away. The little kids stayed for “lunch bunch” at school, so I got an extra half hour on the other end. The weather was ridiculous: steaming hot and unsettled. We left for the cottage around suppertime, and arrived before dark. No official “supper” for me, but plenty of cheese, crackers, homemade tapenade, and other goodies. Oh, and wine. Can I go back there this weekend, please? 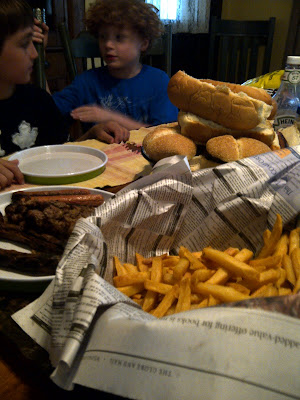 Saturday supper. At home, Kevin made hamburgers and french fries, and the kids had friends over for a “weekend party!” (Kevin says “weekend party” actually boiled down to one can of soda and one small bag of chips per child, plus friends being over, but the kids needed nothing more to have a blast). At the cottage, we started the morning with sticky buns and fresh-cut fruit. I attempted a brutally cold lake swim (in the borrowed wetsuit), then made lunch with my friend and cooking-partner: I made a veggie paella and she made an egg-tortilla bake, and fresh salsa and guacomole, and we mixed up two pitchers of margaritas. That was a two-hour lunch. For supper, we were served an enormous perfectly-bbqued piece of salmon rubbed with something salty and sugary, with bitter greens and fiddleheads on the side, and a starter of asparagus and cheese on puff pastry (recipes, please!). 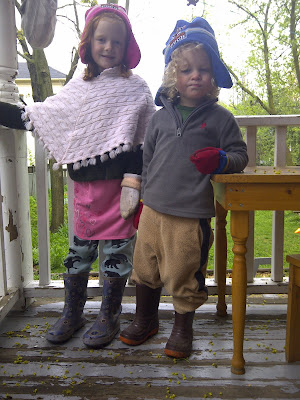 Sunday supper. At home, Kevin baked mac and cheese. At the cottage (and let’s start with brunch), we enjoyed a spread based around bagels: smoked salmon and tuna, a dip made with something creamy plus capers and smoked salmon; there were carmelized onions; cream cheese and jam; an enormous fruit salad with granola and yogurt on the side; and caesars to start. Before leaving to come home, we ate an early supper: a “Buddha bowl,” which I plan to make this week for my own family. It starts with brown rice, on top of which you can pile a bunch of different ingredients, and top with a tahini dressing. Toppings included: tofu, almonds, spinach, grated beets and carrots, and seaweed. Heaven in a bowl. Happy, happy week.

The Message I've Been Waiting For
Almost Ten