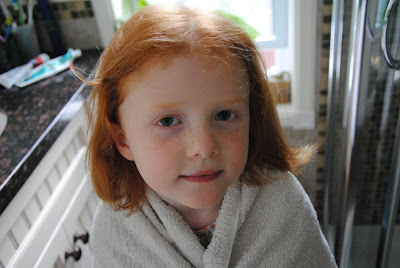 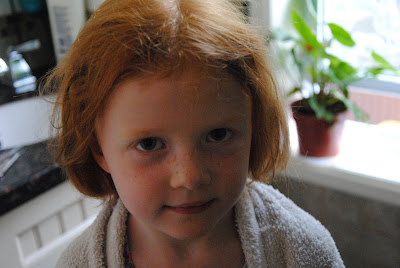 Before and after. I didn’t think she needed a haircut, but she was adamant (everyone else was getting one, you see). 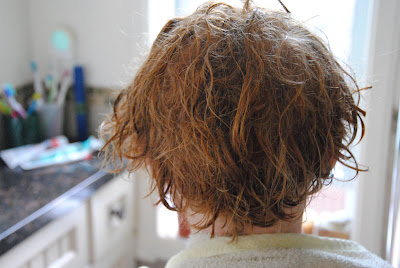 On the other hand, Mama’s hair salon was inspired by these locks, above. 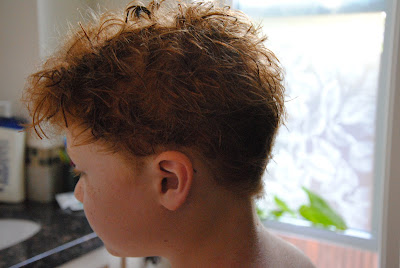 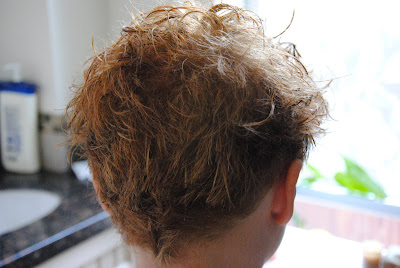 After! Now he can see and breathe during swim lessons (that is the hope, anyway.) 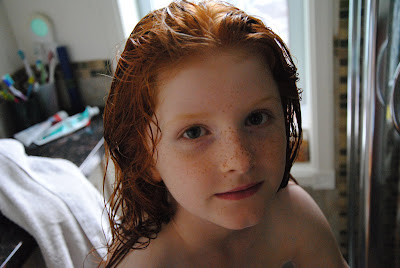 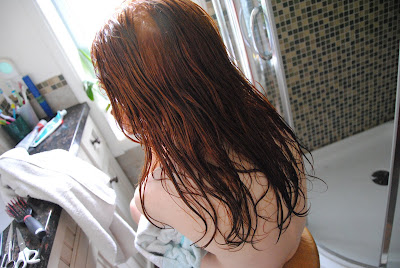 No real before/after for AppleApple, because I simply trimmed her ends. And we worked through those dreadlocks that had formed on holiday, due to complete lack of hair-care. This girl is a wild child (for which I love her dearly, though it is my motherly duty to tame her just a wee bit). We were eating out at a restaurant yesterday evening, a stop on the drive home, and in horror Kevin and I watched her devouring clumps of rice with her fingers and sucking soup down the wrong end of the spoon, with hair that suggested we’d captured her in the wild and that our attempts at civilizing her had not been promising. 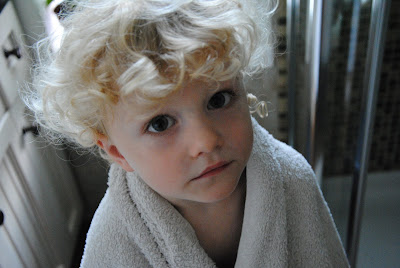 Before. As if this needs improvement! Yowy. 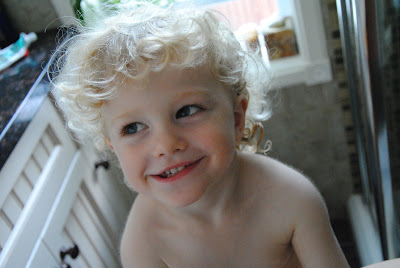 Well, he can see better after a tiny front trim. But I took one look at those long long long goldilocks curls down his back, and went, nope. Can’t cut those off, can’t even come near them with the scissors.

Yup, we are home from cottaging. Walked through the door and thought, wow, we should go away more often because this place looks GREAT! Totally forgot we’d gotten the place cleaned during our absence, and that it wasn’t by magic that the counters shone and there were no crumbs anywhere.The holiday lethargy never really abated. Kevin felt it too. We rode right into holiday mode and one outing a day was enough to attempt. Which was awesome.
Coming home means looking around with fresh eyes and making to-do lists and discovering energy anew for new projects and familiar routines. Top to-do list is: things we must do before summer’s out! (One thing I can now cross off: cut the kids’ hair).
Three weeks of summer vacation remain. Three sweet weeks. 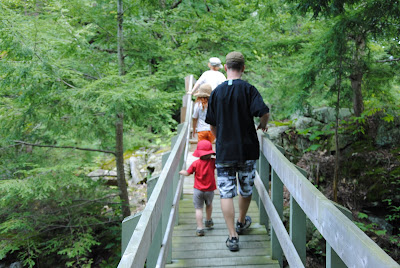 One thing on our future hopes and plans list is hiking together, now that everyone can do it independently. (Biking together, with everyone on his or her own bicycle is still a few years away, but we’re looking forward to that, too).
We went for a hike around Jones’ Falls locks, on the Rideau Canal, which is very near where Kevin’s family lives. And now we’re considering hiking the Bruce Trail, bit by bit, as a family activity on weekends. 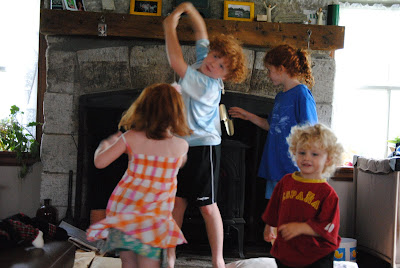 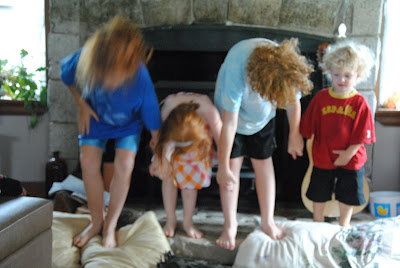 While at the cottage, the kids organized and performed a concert, now a tradition in its third (or even fourth??) year. Each year they’ve become more independent, culminating this year in complete artistic autonomy, no adult input whatsoever.
“My name is Albus, and I am the piano artist. My name is AppleApple and I am the singer. My name is Fooey, and I am the dancer. CJ is a dancer too.”
They opened with a solo by AppleApple, Kevin accompanying on the guitar, of “Whisky in the Jar.” Albus played “Axel F” on the portable piano, plus “Wavin’ Flag” (beautifully sung by AppleApple), plus a too-brief invention to which Fooey danced like a dolphin. Then Fooey danced “freestyle” accompanied by a boomboxing Albus (and the rest of us were invited to sing along with any song we’d like). They finished with “Down by the Bay,” a perennial favourite, calling for audience participation. The photos which included all of them were blurred in one way or another: it’s rare that I can capture all of them holding perfectly still at the same time. 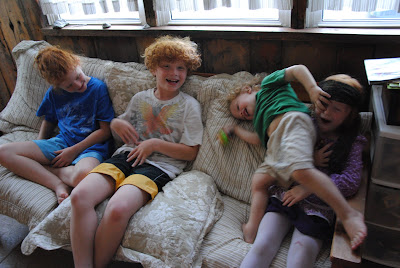 I had a moment yesterday, walking with them all, when I felt overwhelmed by fortune: look at these children, aren’t we fortunate? I said to Kevin. I can think of nothing I’ve done to deserve such riches, and appreciation seems the least that I can do in acknowledgment and gratitude. Yes, we are often overwhelmed by things other than fortune, such as noise and chaos and mess and complaints and fighting; but heaven help me if I whine too loudly about those incidentals, and lose sight of the beauty and creative energy that surrounds me RIGHT NOW.