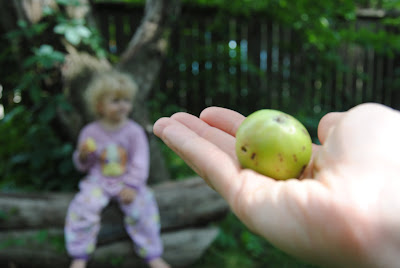 In answer to Krista’s comment yesterday, asking why I’ve decided not to write about writing … well, I have at least one defensible reason, along with several indefensible ones; and fully expect none will matter anyway, and my vow will prove an entirely temporary whim, because writing about writing, for a writer, is kinda like enjoying several glasses of wine when you know you should stop at one. Sometimes, it’s just too damn pleasurable and you don’t care about the inevitable hangover.

Here is one good reason not to write about writing: It’s a procrastination technique. I fear becoming a writer who neglects her writing while writing about the process of writing. And the process is fascinating–for writers, if for no one else–and the corollary of this is becoming a reader who neglects fiction and poetry and memoir to read essays about writing.
But here is one not-quite-so-good reason not to write about writing: When you’ve put something down on the page (or into the ether that is the internetten), it stands as if it were truth. But I am the kind of writer more interested in experiment than truth; in flux, in a transitory moment. At the same time, I write with conviction. I am entirely committed to the transitory experiment I’m placing on the page; even while I’m aware, underneath, that this too shall pass. How does one express that duality to a reader without appearing insincere or downright fraudulent? I play with possibilities. I am hyper-aware that everything I write down here, every scene that I paint, is constructed and subjective, even when it points toward an essence that is true. It would be terribly annoying to remind a reader of this at all times; besides, I think we’re all aware on some level that this construction is going on, even here in Blogland (or perhaps especially here in Blogland) where we present ourselves and our families and our lives in a very particular way, through the lens of the blog, to the world at large.
It isn’t a perfectly accurate picture, in other words. It cannot be. It’s impossible to capture the mundanity. We are constantly making choices, conscious or un-, about what to keep and what to forget.
When I write about my writing, especially in the midst of a major project like the one I’m currently hurtling through, all I can see afterward are the flaws in my logic, the mistaken paths down which I enthusiastically trod blindly, and the many ways in which things did not turn out how I’d intended.
In writing about writing, in other words, I create a record of my own failures. It can be, frankly, a little disheartening. I need to believe absolutely in the thing that I am creating, or my courage would fail. If I were reminded, too bleakly, of how often a creative idea does not bloom to fruition, or grow as hoped, I might fear the work ahead. Except, even as I type this out, I think, TOTALLY NOT TRUE!
Because of course I’d do it anyway–I do indeed do it anyway–even knowing the inevitability of failure–failure to realize fully the original vision; rejection letters; a bad review; the variety of opinions and personal tastes and the impossibility of pleasing most; my own wish to be just that inch or two more accomplished at my craft. I am intimately acquainted with all of that knowledge. It does little to impede my attempts.
But, in truth, I’d rather no one else knew. That’s the indefensible reason.
Heavens. I’m in a confessional mood. I had a neighbour, an older woman, when she heard that I was a writer, tell me that it had once been her dream to be a writer, too, and that she had in fact written a book for children, sent it to one publisher, and received a letter of rejection. “So I knew I wasn’t a writer,” she said.
I’d say it’s quite the opposite. You know you’re a writer when you receive a letter of rejection, and with blissful or dogged or determined optimism, you send out your manuscript again. And again. And you rewrite it. And you edit it line by line. And you seek the opinions of others. And you throw it out. And you write another. And you send it out. And through it all, though you question and doubt and your energy dips from time to time, you are filled with purpose and hope.
But you’d rather no one else knew too much about the naysayers.
And that’s why I am not going to write about writing. So help me.
Don't Be Frightened, It Won't Last
Soccer Saturday