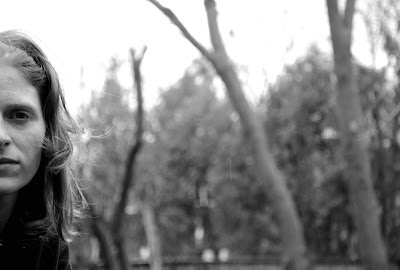 Ahhhhhhhh.
That is sound of me breathing deeply and sighing it out, like the body needs to do and craves to do sometimes. And then you discover that you’re sitting with shoulders hunched up to ears, and jaw clenched, and you let it all drop down and soften.
Because it’s been two weeks since I’ve had this privilege: the still and empty house, emptied of children and husband, and only mine, for three hours exactly. I’m the only one of us who gets this privilege, come to think of it, since the children are never left here solo, and Kevin’s privilege is to work away from home at an office. I’m grateful to be here, right now.
I am trying hard not to think about CJ in his new pull-ups at nursery school. He was not so keen to go this morning, though the last few times he’s loved it–running out the door with a cheerful “bye-bye Mom!” (Yes, he calls me Mom. C’mon, kid. Couldn’t we do Mama for at least another year?) But it’s been two weeks since he’s headed off to nursery school. Plus, the potty training. That’s enough to throw anyone off balance.
Just ask me.
The constant checking and reminding, the spidey senses alert to the cues, the way I can intuit, even when he is out of sight, that he’s paused and we need to rush for the potty. It’s bizarre. It’s also comforting to know how tuned into him I can be. And hopefully I can be that tuned in to all my kids, when I need to be. Because I’m not always so tuned in. Writing tunes me out. Tunes me elsewhere. Sometimes it tunes me so distracted that the world goes on around me and I respond, but through a haze, so that afterward I remember the things that really happened as if those were a dream, and imagination was reality. Or, worse, that absence was reality.
I’ve been thinking about going deep. What it means and what it takes to get there … to the depths, to the core; that place that is more metaphor and idea than something tangible. I think that to get at the profound emotions, at a profound understanding of the world and one’s place in it, to get perspective, which brings calm, you need time. There isn’t a substitute for sustained time to focus the mind.
Yet, it happens that often I write something profoundly moving and real in a flash.
I believe those flashes of light don’t come out of nowhere. There is hidden work that gets done while I go about my everyday, alighting on surfaces and meeting multiple demands. Effort doesn’t pay out instantly. Experience can’t be bought or faked. There are no short-cuts.
This morning, I greeted the silence by playing piano. I’m not a fabulous piano player by any stretch of the imagination, but I love the way I’m able to let go and be inhabited by rhythm. When I’m in the right mood, I crave the feeling of fingers on keys, getting inside something larger than myself. I don’t even think. It’s not great music, but it feels amazing.
:::
Here’s something funny, though I’ll have to paraphrase, from poet P.K. Page who died last year. She said that a census-taker came to their door, and she gave her occupation as “housewife.” Her husband asked why she hadn’t said “writer.” (At this point in her life she’d been writing for, oh, about forty years). And she replied: You know I don’t feel comfortable claiming to be a writer, I’m so uncertain about my talent, etc. To which her husband said, But you are a writer. You don’t have to claim to be a good one.
:::
Next on the morning’s silent menu … upstairs to the attic to search through old files. Then some writing. I am writing a story for children. It’s short. And maybe profound. And came at me all in a heap, unexpected, while I was working on the potty training and serving lunch to three preschoolers. It didn’t make me a better mother to write this story down, and that’s the damn truth. The question is: did it make me a better writer? Or worse, the question I should really stop asking, but somehow cannot: does writing it down matter? Mindless question. Mind over matter.