Something I’ve Been Thinking About 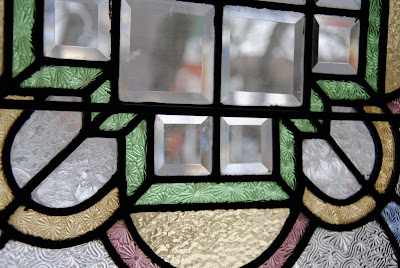 I am drawn to two quite different lives. On the one hand, I greatly admire those obituaries which describe people whose lives have been filled with several quite different and remarkable chapters. These people seem able to make leaps, to change direction, to re-invent themselves. It seems a dangerous way to live, yet also very rich, especially for people born with a variety of gifts and abilities. On the other hand, I also greatly admire those rare individuals who devote themselves entirely to one pursuit, to the exclusion of all else. These people may not have the same variety of experiences, but within that one deeply studied area they find something else: the universal truths contained in the intimately known particular. And they have the particular itself.
As I write this thought out, however, I feel slightly less compelled by either version. I am afraid that a life with too many plunges and abrupt turns would be rootless, restless. I am afraid that a life devoted to one pursuit would be lonely, isolating.

I am in the sort of mood, lately, in which everything I read, every scrap of insight that rises from the page and enters my brain, I take for grace. I take as a message. I take as guidance, as insight, as direction.
Must be because I’m seeking direction.
I want to think that I’m seeking it intelligently, open to everything that comes along, even if it creates internal dissonance; but it occurred to me tonight that I am finding it randomly, excited by any scrap that looks and sounds like the real thing. I should offer an example. I was just now up in bed reading Somewhere Towards the End, by Diana Athill, and came across her description of a friend whose existence had been consumed and in some sense wasted by the two loves of her life: a married lover, and the mother she’d cared for till death. But the woman, though old and now alone, did not behave as if the two loves of her life had emptied it out; and Diana Athill believed that was because her friend was also an artist. She had the ability to create something, and that had rescued her from emptiness.
I sat up a little straighter and thought to myself: I haven’t been properly appreciative of my own ability to create, and what that means (potentially) to my inner life. In fact, just recently I was thinking quite the opposite, annoyed by how everything that it pleases me to do is somehow related to creativity. Couldn’t I just have a nice non-creative (practical) talent already?
It felt like the universe was speaking to me through Diana Athill, through the random purchasing of this book and opening it tonight, and finding these words at this moment. What I’m saying is, this is happening a lot these days. And it makes me question whether the universe is speaking; it seems much more likely that I am hoping to hear it speak, that I’m listening extra hard.
But. It is also pleasurable to find resonances in unexpected places. It is good to be open. I believe that.
Maybe I should be looking for a third kind of life. A life in which many small changes, and several large ones, accrue over time to create a story that is both consistent (not scattered) and varied (rich). I’m so damn interested in people and relationships. I’m so damn interested in the minutia, the stuff of life itself. What can I make of it? What am I making, even now, and perhaps without recognizing it?
(But I do wonder, I do, why I am drawn to the intense and unpredictable.)

Small Change Number One
Something Old and Something New