Pieces of a Blog 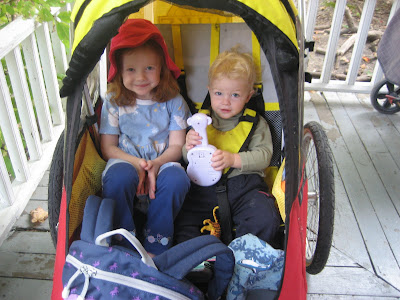 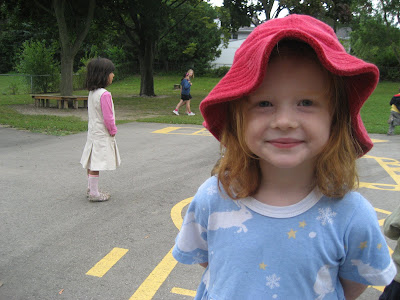 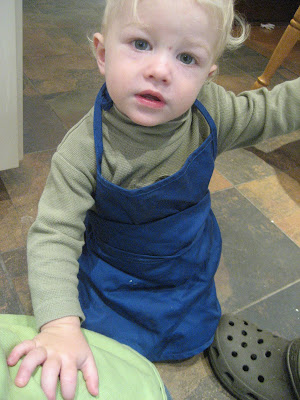 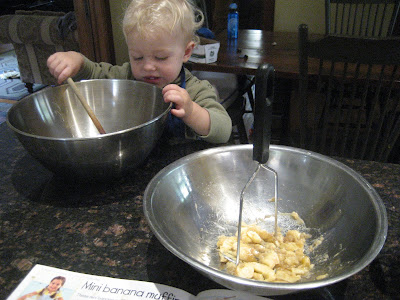 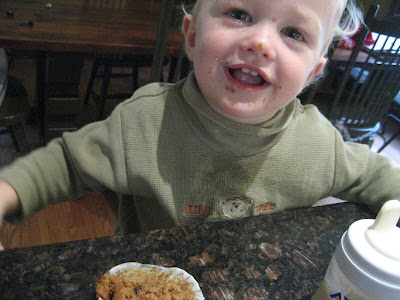 Recently, while playing wedding (Chach and B, we have you to thank for this alarming new trend), Fooey said, “And here’s where I’ll put the wedding cheese.” That caught the ear of her mother, passing by. “Umm, the wedding what?” “The wedding cheese.” “Oh?” Fooey looked a bit disappointed in me: “You know the wedding cheese. With the little people in it.” Then I realized that my brother had displayed just such a cheese (standing in for their cake) at his wedding. Ha! This is how traditions are started.

Well, she went into the school today looking very small, and very excited. “Hand on your hips, and finger on your lips,” said the teacher, and Fooey looked pretty darn pleased to oblige. I am thinking of her now, as quiet time approaches. So many small hopes I have for her day: hope she enjoyed her food. Hope there was enough. Hope she’ll have a rest. Hope she finds a friend to play with on the playground. Hope her big sister or brother visit at recess. And on and on.
I spent the morning alone with a little guy who could hardly believe his luck. We baked muffins together, matching aprons. Built block towers. Read books. Put teddies onto riding toys. Sounds pretty lowkey, doesn’t it? Then why am I twice as tired as usual? Here’s hoping I can head upstairs and get an hour to write. Cup of tea in hand.
Oh, I cooked a frozen chicken overnight in the crockpot. It was done by morning, whereupon I added potatoes and carrots and they were done within two hours. I set it to low the whole time, so maybe my pot runs hot? I removed the finished stew to the fridge, because it didn’t seem like it needed more time on the counter. The scent of roasting chicken invaded my dreams. I woke with this strong sense of purpose: to go downstairs, core one tomato, stuff said tomato with one peeled clove of garlic, and add this to the pot. The idea may have come to me in a dream, but that’s exactly the first thing I did this morning after brushing my teeth.
Yesterday’s crockpot meal was a perfectly acceptable (read between those lines) use of leftover brown rice, but not something I’d willingly serve to guests. Four out of six of us agreed; two said major blech and ate buns and cheese instead. Then we went to the family swim at the Rec Centre and had a blast. A perfect activity for Family Fun Night, as the kids like to call anything we do together that’s ever so slightly out of the ordinary. Way cheaper than going to the movies.
Shoot, was just prepping photos to post, and realized the ones of Fooey in her class lineup all involve other children whose parents I don’t know. It looked like a class of mostly boys. Sure hope they let her boss them around.
Food Food Food Food Food
"I Was Happy"