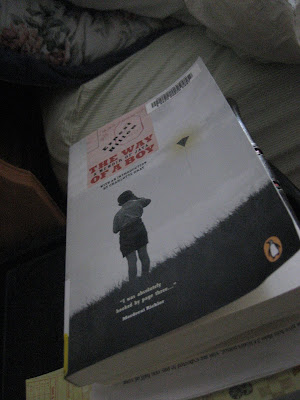 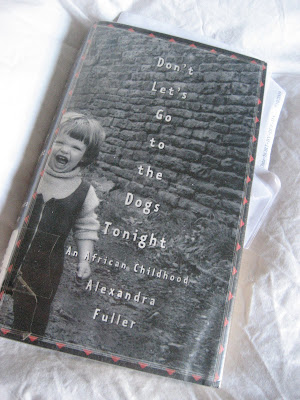 I’ve been reading memoirs.
First, I re-read an old favourite: James Herriot’s All Creatures Great and Small, which is not, strictly speaking, a memoir, but a fictionalized account of the author’s experiences as a country vet in the Yorkshire Dales before World War Two. I’ve loved Herriot’s books since childhood; they’re funny, poignant, a bit sentimental, and the writing is what I’d call hard-working. It does the job. Sometimes that’s really all that’s required, and anything more would seem out of place.
Next, I read The Way of a Boy, by Ernest Hillen, a memoir about the three years he spent as a child in a Japanese work camp in Dutch Indonesia, during World War Two. This is an entirely and remarkably unsentimental memoir; it seems like the author re-entered his boy self in order to tell this very pure and moving story. Inherent in his telling is complete trust in the reader. I liked this book a great deal. There were many loose threads, as the boy and his brother and mother were moved from camp to camp, losing contact along the way with many of the characters, and there was no attempt to tie up these threads; true to life. The portrayal of the author’s mother was humbling: she was unselfish, stoical, expressed and seemed to feel no pity for herself and their situation. She was also strong, brave, loving, and most impressively, eschewed martyrdom–rather than giving her share of food to her children, as other mothers did, she unapologetically ate it in order to stay strong for her family; she stayed up late reading, if books and light were available; and on occasion, she swore like a sailor. Ernest Hillen came to Canada after his family was released from the camps (he was then about ten or eleven), and grew up to work as an editor. According to the foreword, by Charlotte Gray, he never spoke of his experiences in the camps or even thought much about them until he began work on the memoir, some forty years later. Remarkable is the detail he was able to bring to the surface.
Finally, I’m thoroughly enjoying another memoir recommended to me by a friend: Don’t Let’s Go to the Dogs Tonight, written by Alexandra Fuller, who grew up in Africa as the daughter of white African farmers. This story is skillfully told within a non-linear frame, and is so far extremely entertaining. The character of the mother is (again) drawn with particular brilliance (what is it about us mothers??), though in this case much less flatteringly.
All of this is “research.” Pleasant, easy research, I must add. Next week marks the return to some regular writing hours. My sense is that I’m going to dive into my own attempt at memoir; with a couple of caveats. Should the work seem like a slog, should it not come naturally, I’m not going to push it. And I really only have to write a chapter or two and an outline before running it by my agent, who will take it further, if that seems the right direction.
Those stories, on the same subject, still feel very present and vital. There may even be more of them yet to write.
An acquaintance who reads this blog emailed to remind me of the value of fiction (that wasn’t necessarily what she was trying to do, but that’s where I went with her thoughts): that as human beings we need–we long for–the purpose and order created by the artistic act of reimagining the human experience. Fiction isn’t made-up life, it’s life re-made.
What’s memoir? I’m not sure I know. But at this point, it feels possible to frame this story I’d like to tell in two vastly different ways. I’m going to try, anyway.
:::
For those of you interested in reading a couple of the aforementioned stories, I will let you know when they become available in the fall edition of The New Quarterly.
Yes!
Conscious Discipline